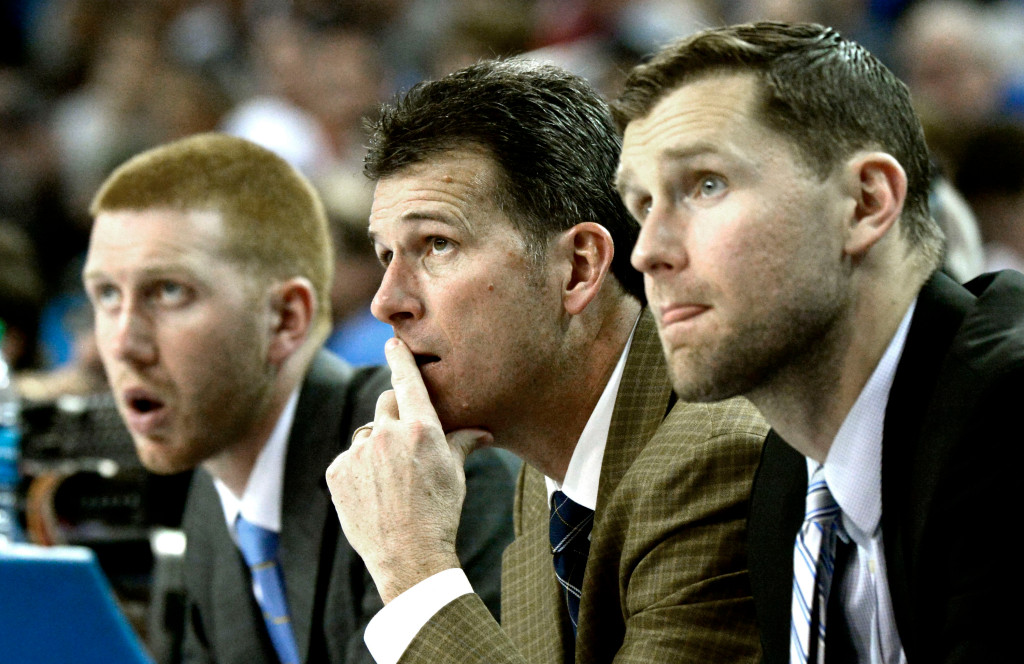 UCLA approaches the midpoint of the conference season this week with a home series against Cal and Stanford. With a three-game losing streak, the Bruins have a lot of ground to make up if they want to get to the NCAA Tournament this March.

CBS Sports dropped UCLA from its NCAA Tournament projection completely after the Bruins lost to Oregon on Sunday. They don’t even make an appearance in the “first four out” category.

ESPN has the Bruins as a “next four out” team, dropping UCLA from a play-in game, where it was projected before the Oregon loss.

An unpredictable Pac-12 doesn’t seem to be helping the Bruins as ESPN’s Joe Lundardi has only three Pac-12 teams in the field (Arizona, Arizona State and USC), the fewest of any power conference. CBS Sports’ Jerry Palm adds Washington as one of his “last four in” with the Huskies playing in a “First Four” play-in game.

After losses to Colorado (at home) and getting swept in Oregon, UCLA has tumbled into fifth place in the Pac-12 and seventh among conference teams in RPI:

So what opportunities do the Bruins have left?

Only time will tell if the Bruins can figure out their leaky defense and exactly how many wins they need to get to the Dance. As a note, last year, the Pac-12 sent three teams into the main draw of the NCAA Tournament and USC was forced to play a play-in game. The Trojans needed an RPI of 41 to get there, despite entering the Tournament at 24-9 overall.