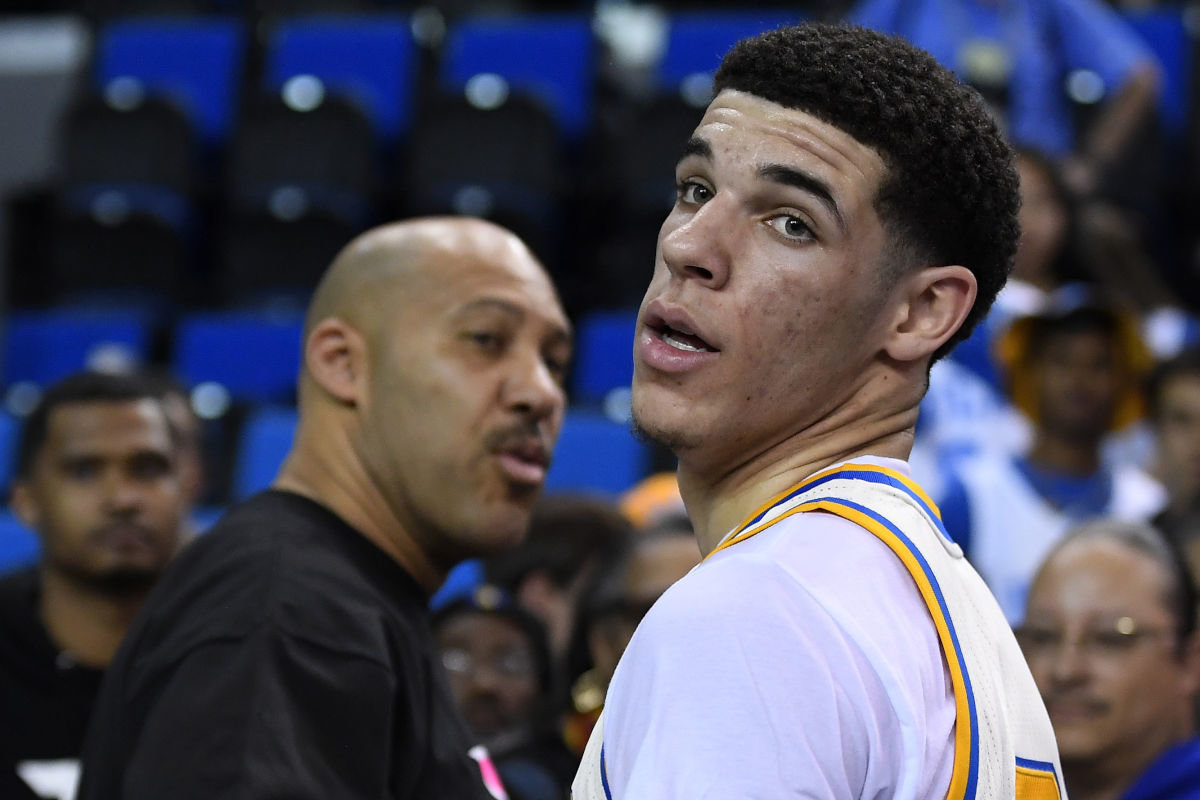 In the last couple of weeks, before he loses the tag of UCLA point guard and his name is prefaced by an NBA team, Lonzo Ball appears to be doing some targeted damage control.

The reputation his father, LaVar Ball, began to develop during Lonzo’s lone season at UCLA only continued to permeate the national media after the Bruins exited the NCAA tournament. The narrative eventually shifted to LaVar’s potential to hamper Lonzo’s draft stock.

With the NBA draft less than two weeks away – and Father’s Day around the corner – the family began to do something about it. END_OF_DOCUMENT_TOKEN_TO_BE_REPLACED

How did the 2017 Major League Baseball draft effect the 2018 UCLA baseball team? It’s certainly more complicated than adding up the number of players who were drafted.

Of the six UCLA players drafted over the last three days, three are guaranteed to leave and the other three are faced with decisions, some easier than others.

Of the six players from UCLA’s incoming recruiting class who were drafted, three were selected in the first six rounds, meaning they would be passing up some hefty signing bonuses were they to attend UCLA. A third was drafted in the 14th round, a fairly unpredictable range of the draft when it comes to signability. The final two were taken in the last two rounds of the draft, making it likely that at least they will attend UCLA.

Three of the current UCLA players drafted have already exhausted their college eligibility. Pitchers Scott Burke (Orioles, 20th round) and Moises Ceja (Rockies, 32nd round) and outfielder Brett Stephens (Rockies, 28th round) have no decisions to make.

Junior pitcher Griffin Canning, the Bruins’ No. 1 starter last season, was the Angels’ second-round pick, No. 47 overall. Were he to return to UCLA, he would be leaving behind an estimated signing bonus of $1.4 million. It’s fairly safe to say he’s not coming back. END_OF_DOCUMENT_TOKEN_TO_BE_REPLACED

Our Southern California News Group Lakers beat writer Mark Medina had me on his podcast, where I rambled about Lonzo Ball after his workout for the Lakers on Wednesday.

Among the subjects we tackled were Lonzo’s evolution from soft-spoken freshman to legitimate leader at UCLA, his potential to change the culture of a franchise, whether he can be a transcendent player in the NBA, the obvious holes in his game and, of course, LaVar Ball and Big Baller Brand.

"We Wants Tacos" Lakers podcast: @ZO2_ on being a leader for Lakers. @Clay_Fowler w/ insight on Ball's time at UCLA https://t.co/Oatq6oFZTk pic.twitter.com/rJOeglISUo

Kris Wilkes is doing a fine job building anticipation for his debut with the UCLA basketball team.

The most decorated member of Steve Alford’s 2017 recruiting class, which is ranked No. 2 in the country, has already worn a McDonald’s All-American jersey. He’ll don a USA Basketball one in a few weeks.

The incoming freshman small forward was among 28 players invited to Team USA’s U19 World Championship Team training camp June 18-25 at the United States Olympic Training Center in Colorado Springs, Colo. The first roster cut-down will happen after two days and the 12-member team will be determined by June 22. The final roster coached by Kentucky’s John Calipari will attempt to win a third consecutive gold medal during the FIBA U19 World Championships in Cairo, Egypt July 1-9.

UCLA rising senior Thomas Welsh was a member of the 2015 gold medal-winning team. This year’s roster will feature three of Calipari’s Kentucky players along with a couple familiar faces from the Pac-12, END_OF_DOCUMENT_TOKEN_TO_BE_REPLACED 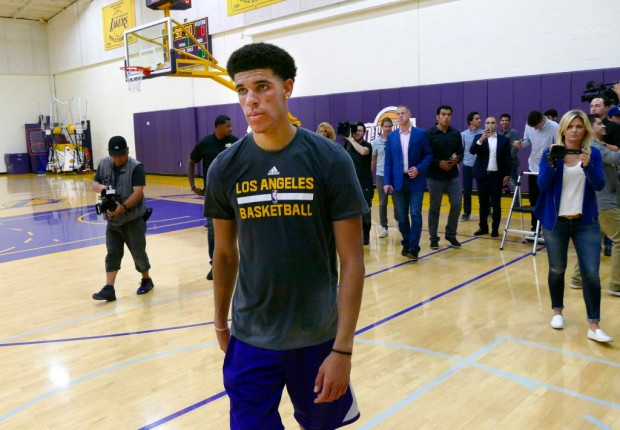 Lonzo Ball at the LA Lakers training facility in El Segundo where he went through a workout and spoke to reporters afterward. (Photo by Brad Graverson/SCNG)

After his 75-minute workout at the Lakers practice facility – followed by an interesting session with the media – Ball was whisked off to a lunch date with Lakers owners Jeanie, Joey and Jesse Buss.

Ball’s private workout included “typical stuff” on the court, but he had a few eyebrow-raising things to say afterward. As for his infamous father, LaVar, Lonzo said he was ensured at dinner that Lakers brass is far from worried.

“They said they love him,” Lonzo said. “That’s about it.”

LaVar Ball wasn’t present at the workout or at dinner Tuesday night in Venice. Neither were any of the current Lakers players.