Elisha Guidry is familiar with the ways of blue and gold. The defensive back from Murrieta is the son of two UCLA alumni, including former UCLA defensive back Javelin Guidry, and will now don his own UCLA jersey.

The 6-foot, 177-pound prospect chose to continue his family’s UCLA legacy over other Pac-12 offers from Oregon State and Washington State. He also had interest from Yale and Northwestern.

Javelin played at UCLA from 1994 to 1997 and had four career interceptions, while Guidry’s mother Kaishauna is also a UCLA alumna. His uncle Paul, played for the Bruins from 1993 to 1996.

Guidry’s older brother, also named Javelin, is a defensive back at Utah.

UCLA gymnastics coach Valorie Kondos Field passed the 500 career win mark Saturday as the No. 4 Bruins won the Metroplex Challenge in Fort Worth, Texas with a season-high score of 197.625.

Kondos Field, who has coached the Bruins to six NCAA championships, now has 502 career victories since taking over the program in 1991.

Lee’s beam routine helped UCLA to its highest team event total this season. The Bruins scored a 49.625 on the event, which put them in first place over LSU after two rotations. Ross scored a 9.975 and Grace Glenn added a 9.9. Madison Kocian and Katelyn Ohashi each had 9.875s.

The Bruins continued to stretch their lead with each event. They pushed it to two-tenths after floor, where Ohashi led the team with a 9.925, and finished 0.26 points ahead of the second-ranked Tigers after Ross and Napulani Hall both scored at least 9.9 on vault. Ross won the event with a 9.925 while Hall tied her career high with a 9.9.

UCLA will host defending NCAA champion Oklahoma, currently ranked No. 1 in the country, on Feb. 4 at 1 p.m. 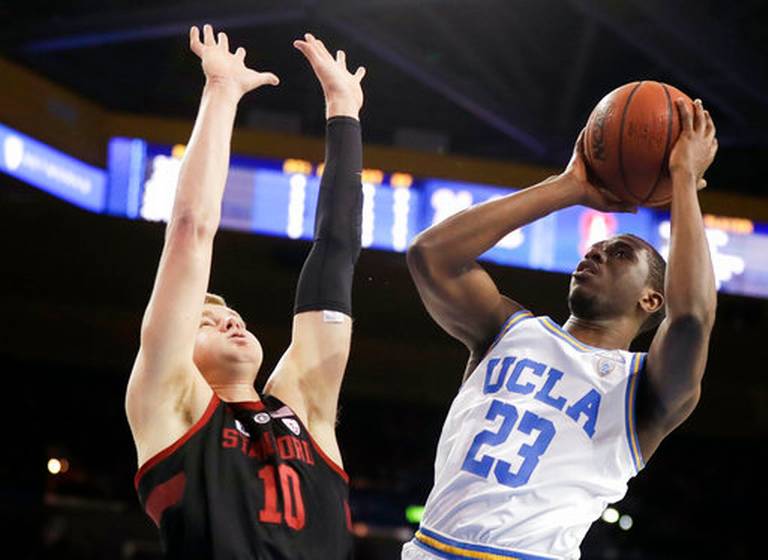