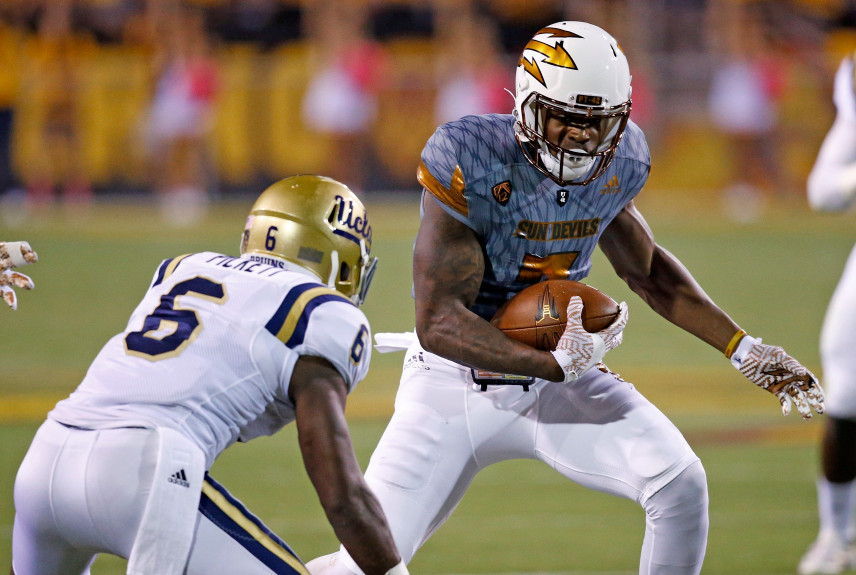 Arizona State’s Kalen Ballage, right, runs with the ball as UCLA’s Adarius Pickett (6) moves in for the tackle during the first half of an NCAA college football game Saturday, Oct. 8, 2016, in Tempe, Ariz. (AP Photo/Ross D. Franklin)

Arizona State answered its first major question for the 2017 season last week: Manny Wilkins is its starting quarterback. Now to address its defense, which gave up the most points per game over a full season in school history last year, the rest of its offense, which is led by its third coordinator in as many years, and the special teams unit that lost one of the best field goal kickers in FBS history.

Like UCLA, the Sun Devils (5-7, 2-7 Pac-12 last year) have struggled mightily in the past two years. Head coach Todd Graham didn’t get his usual one-year contract extension this year, seemingly leaving the head coach on the hot seat with new coordinators on both offense and defense heading into his sixth year in Tempe. 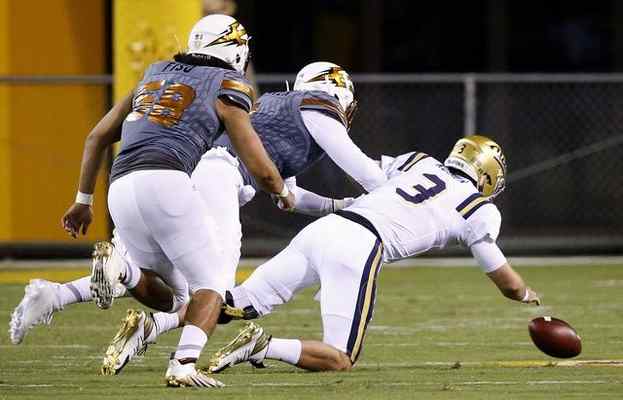 UCLA’s Josh Rosen fumbles the ball as Arizona State’s JoJo Wicker, middle, and Salamo Fiso moves in to make a recovery during the first half of an NCAA college football game Saturday, Oct. 8, 2016, in Tempe, Ariz. (AP Photo/Ross D. Franklin)

Last week, receiver Darren Andrews said there would be a day when UCLA wouldn’t be able to dig itself out of an early hole. That day was Saturday.

The UCLA offense struggled all night against Arizona and the defense eventually wore down in the desert as the Bruins lost a bizarre game, 23-20. Quarterback Josh Rosen‘s health becomes a concern for the Bruins going forward as he left the game twice, including in the fourth quarter due to what looked like a right arm injury.

UCLA lost an exceedingly ugly football game Saturday night in which the Bruins rushed for a net minus-1 yard. Josh Rosen was sacked three times, left the game twice, and finished the game on the sideline with pain in his right arm.

Fan reaction to the loss:

END_OF_DOCUMENT_TOKEN_TO_BE_REPLACED

UCLA kicks off in Tempe at 7:30 p.m. against Arizona State. Follow along here: 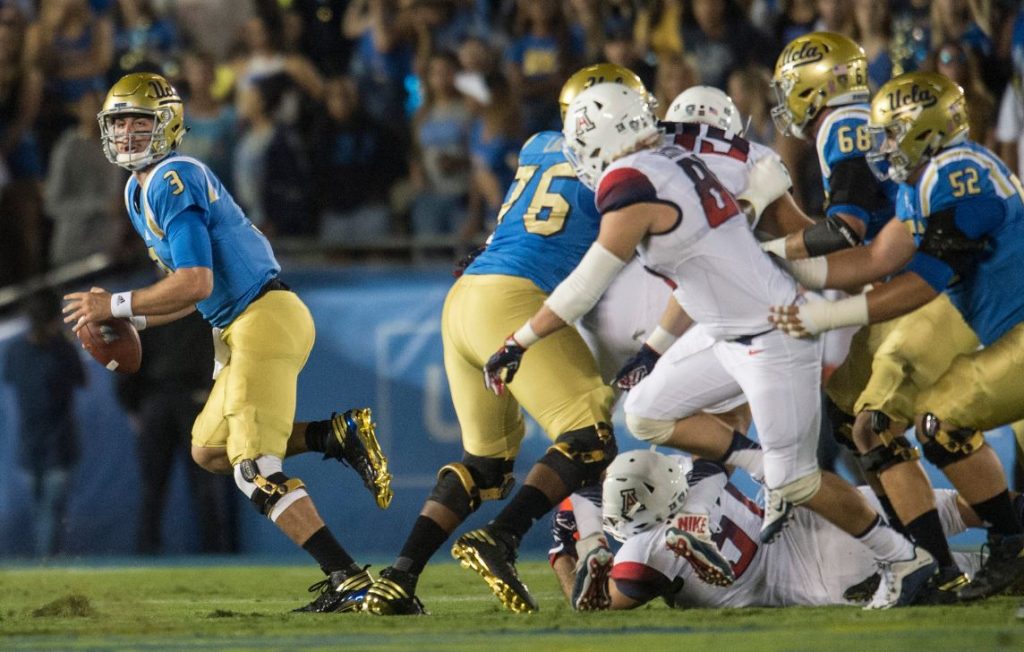 Josh Rosen rolls out of the pocket against Arizona. (Photo by Ed Crisostomo, Orange County Register/SCNG)

Linebackers coach Scott White tells the UCLA football team that when the Bruins do things right, “they’re pretty tough to deal with.” UCLA hopes today is one of those days when things go right. If it is, then it’ll be the first time this year.

Consistency is the key for UCLA (3-2, 1-1 Pac-12) heading into the midpoint of the season. Getting everything to click on offense, defense and special teams is necessary to keep pace in the Pac-12 South.