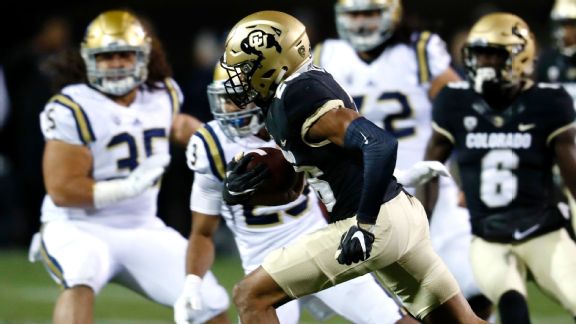 The Buffaloes stumbled out of the conference gate, getting blown out in the second half of a 37-10 loss to Washington last weekend in their Pac-12 opener.

Despite high expectations for an offense returning a 1,000-yard rusher and talented wide receivers, Colorado is 11th in the Pac-12 in scoring (26.2 points per game) and total offense (413.8 yards per game). Quarterback Steven Montez is coming off one of the worst games of his young career, throwing three interceptions and no touchdowns on 21-for-27 passing. The sophomore is working behind an inconsistent offensive line, though, as Colorado’s 14 sacks allowed are tied for the second-most in the conference.

The defense that lost eight starters, including four NFL Draft picks, is still among the top groups in the Pac-12. Colorado allows the second-fewest points per game (16.0). However, the Buffaloes gave up 27 second-half points to Washington last weekend. END_OF_DOCUMENT_TOKEN_TO_BE_REPLACED 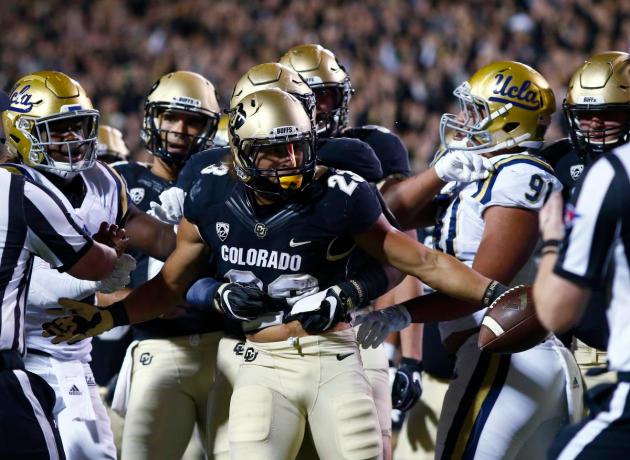 Colorado running back Phillip Lindsay, front, celebrates after scoring a touchdown against UCLA during the first half of an NCAA college football game Thursday, Nov. 3, 2016, in Boulder, Colo. (AP Photo/David Zalubowski)

Colorado ascended from the Pac-12 South cellar to the Pac-12 Championship Game in just one year. On social media, the Buffaloes (10-4, 8-1 Pac-12 last year) dubbed the stunning climb “The Rise.” This year, the team’s defining social media phrase demands that the Buffaloes “never stop rising.”

“They know they can do it now,” head coach Mike MacIntyre said on the first day of spring practice. “Last year everybody was laughing at us. Now we want to go do it. We didn’t finish it last year.” 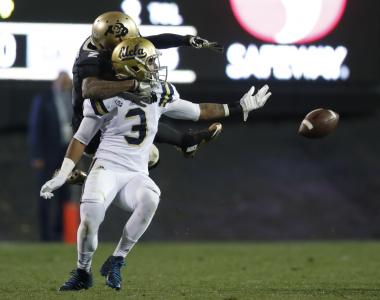 A few key stats from UCLA’s 20-10 loss to Colorado on Thursday: 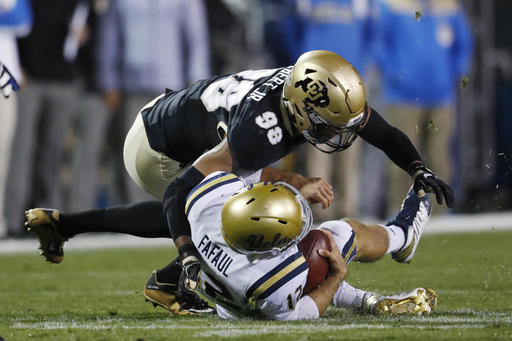 The offense lost Josh Rosen officially for the rest of the year and continued its abysmal form while the special teams had multiple costly mistakes in UCLA’s 20-10 loss to Colorado on Thursday night in Folsom Field.

The Bruins missed three field goals between two place kickers and gave up the back-breaking punt return for a touchdown in the fourth quarter. UCLA’s season rushing average continues to drop after 25 yards on the ground against the Buffaloes. The Bruins are averaging 78.8 rushing yards per game.

Links to wrap up the loss:

With Josh Rosen done for the year, wouldn’t it make sense to get Devon Modster some experience for next year? We are losing these games anyway with Mike Fafaul. I’m sure he is a good kid but 4-8 is 4-8.

The other reporters and I were discussing this as well, and yes, it does seem to make sense to give one of the freshmen experience, but there are also other things to consider. You don’t want to make it just any experience for him; you want to make sure it’s a good experience and he can have success and build confidence. It’s hard to come by that kind of success when you’ve been servicing the scout team the entire year and running around trying to be a different person every week at practice.

Also, if one of the freshmen gets experience, how important is that really going to be next year when you assume/hope that Rosen will be back and healthy anyway? It would be different if Rosen was leaving and UCLA was looking for someone for next year, but experience or not, Modster (or Lynch) would still be the backup next year. Do you want an “experienced” backup? Sure, that’s always the dream, but then it brings us back to the first concern of whether that experience was good and built confidence. For Fafaul’s sake, I don’t think he’s the reason why they’re losing these games. He’s prone to turnovers, which is a huge problem, but if he had even a middling running game to help him out, then I honestly think the results would have been different. He’s cut his teeth for four years now, understanding 100 percent that he’s probably not going to play and now he’s got this chance and he’s trying to make the most of it. Let the dude live a little.

For those wondering, I think it is indeed Modster in line after Fafaul and before Matt Lynch. The two true freshmen are still essentially QB3 and QB3a, but this week, when Rosen was not on the practice field, Modster was not dressed as a scout-team quarterback, suggesting that he was taking the No. 2 reps to Fafaul. This is the first time I recall in the past few weeks that Modster wasn’t dressed as a scout-team quarterback.