Quarterback Devon Modster talks about leading the Bruins on a game-winning drive with less 2:22 left, earning a bowl bid and working with Jordan Lasley.

Quarterback Devon Modster talks about how much he’s learned under Jedd Fisch and reveals UCLA’s emergency plan last year if Mike Fafaul would have gotten hurt for a brief period of time.

Tight end Caleb Wilson talks about the evolution of the tight end position at UCLA, how helpful it is that Rip Scherer stayed with the Bruins during the offseason coaching carousel and what he likes about Fisch’s offense. 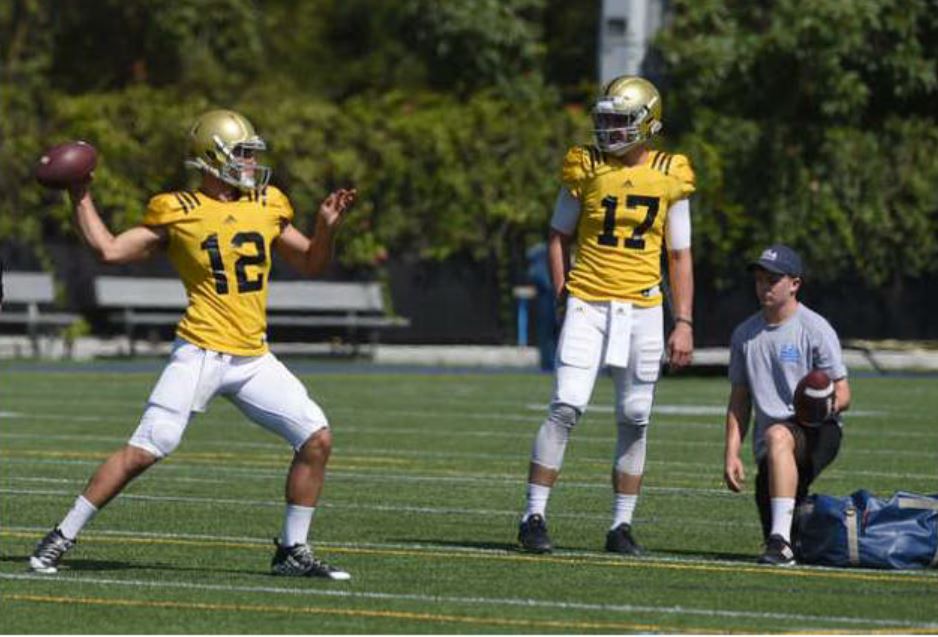 Today was the start of the “game week” schedule, so, again, no more official practice reports. But here is a story for today about four Bruins who, I thought, helped their cases during training camp.

There’s a sidebar  HERE about Mike Fafaul and his decision to stick it out in Westwood.

Rosen talks about his training camp, this receivers and how he learned the playbook.

Fafaul talks about returning for his fifth year at UCLA, how the new offense has helped him and what he sees from the freshmen quarterbacks. You’ll unfortunately hear an extremely loud helicopter flying overhead in one part, thus drowning out Fafaul’s answer to a question about the receivers. Here’s what he said there: “I think they’re fantastic. They’ve had a great camp, all of them. To have Ishmael Adams on the offensive side of the ball is amazing. He had a terrific spring. Alex Van Dyke is really stepping up, Jordan Lasley, Eldridge Massington, they’re all playing phenomenal, I think.”

Devon Modster talks about learning the playbook, how the UCLA offense differs from what he’s run in the past and how Rosen helps him on the field.

Eldridge Massington talks about smoothing out the kinks in the offense, what each quarterback’s style is and how many people have asked him for tickets to UCLA’s season opener in his home state of Texas.