Roquan Smith is getting a second chance to sort out his recruitment, and he’s going to take his time doing it.

The four-star linebacker’s coach at Montezuma (Ga.) Macon County, Larry Harold, told the Atlanta Journal-Constitution that the decision could take “a week or so” — although the process could stretch on even longer. And while UCLA is still in the running along with Georgia, Texas A&M and Michigan, Smith sounds like he is considering the Bruins under the assumption that defensive coordinator Jeff Ulbrich will become the Atlanta Falcons’ new linebackers coach.

Smith had announced for the Bruins over UGA on ESPNU Wednesday morning, only to hear reports of Ulbrich’s potential departure soon after.

Harold, to the AJC:

“It’s not an open recruitment really, it’s just the same four schools and he’s going to take a week or so to decide. He’s going to take this weekend off, spend time with his family and relax, be a teenager. And then next week maybe he’ll start calling some coaches again and rehash it all. … There’s no rush.”

The high school coach spoke about Ulbrich’s decision between UCLA and the Falcons in the past tense — treating it as a done deal rather than an open possibility. He said that although Ulbrich had not officially agreed to a deal, the Bruin defensive coordinator had said “he was strongly considering it.”

The AJC reported in the same article that Ulbrich is in Atlanta today touring the Falcons’ facilities.

The Atlanta Falcons have offered UCLA defensive coordinator Jeff Ulbrich a position as the linebackers coach, interrupting what was looking like a very successful National Signing Day.

However, the 37-year-old has yet to decide whether to accept the job opening.

“Jeff has assured me he has not come to a conclusion yet,” said UCLA head coach Jim Mora. “He is contemplating whether or not he wants to do that. I’m going to fight tooth and nail to keep him here because I think he’s an outstanding coach. …

“I’m going to fight like crazy to keep that sucker, and it’s going to be a battle, because Dan Quinn, he’s a fighter.”

Mora said that newly hired Falcons head coach Dan Quinn first reached out to him as a courtesy on Tuesday night, asking if he could contact Ulbrich. Mora said no — smiling, as he recalled the moment — but in the NFL, permission isn’t needed. Mora and Quinn’s relationship stretches back to their time on the San Francisco 49ers staff. The former became the defensive coordinator in 1999, and hired the latter as a defensive quality control coach two years later. Quinn was soon promoted to defensive line coach.

That same connection also ties the men to Ulbrich, who spent his entire 10-year NFL career in San Francisco before retiring from playing in 2009. END_OF_DOCUMENT_TOKEN_TO_BE_REPLACED

The four-star linebacker from Montezuma (Ga.) Macon County had announced his decision to attend UCLA over Georgia this morning on ESPN, but the news was soon followed by a stunner. FOX Sports reported that the Bruins’ defensive coordinator Jeff Ulbrich would take a job as the Atlanta Falcons’ linebackers coach.

A source indicated that Ulbrich and the Falcons were not a done deal, but the damage was done. Smith not only did not send in his letter of intent, but has now reopened his recruitment.

“He’s going to open things up with his recruiting,” Macon County coach Larry Harold told the Atlanta Journal-Constitution. “It’s pretty much UGA, Michigan, and Texas A&M – and UCLA is still in it. Coach Ulbrich told him that he hasn’t signed anything yet (with the Falcons), and that he hasn’t made a decision. So I think they are still in it as well. We’re going to sit back for a couple of days and see how this thing plays out.”

UCLA head coach Jim Mora is slated to talk to the media at 4:30 p.m. today.

On National Signing Day, UCLA might be at risk of losing one of its best recruiters.

FOX Sports reported that the Atlanta Falcons are hiring Jeff Ulbrich — who just finished his first season as the Bruins’ defensive coordinator — as a linebackers coach.

However, a source indicated that Ulbrich going to the Falcons is not a done deal. The 37-year old worked as UCLA’s linebackers coach and special teams coordinator for two seasons before being promoted in 2014.

The reports could already have significant ramifications on the Bruins’ 2015 recruiting class. Four-star linebacker Roquan Smith committed to UCLA over Georgia on ESPNU this morning, but has not sent in his national letter of intent. The Montezuma, Ga., native called Ulbrich a significant factor in his recruitment.

Smith’s coach at Macon County, Larry Harold, confirmed to the Atlanta Journal-Constitution that Ulbrich’s uncertain status was what held up the commitment.

“We just got off the phone with Ulbrich,” Harold told the AJC. “He said he hasn’t signed any papers with the Falcons. So he talked to Roquan, and he let him know that he was going to check into everything and get back to him. … 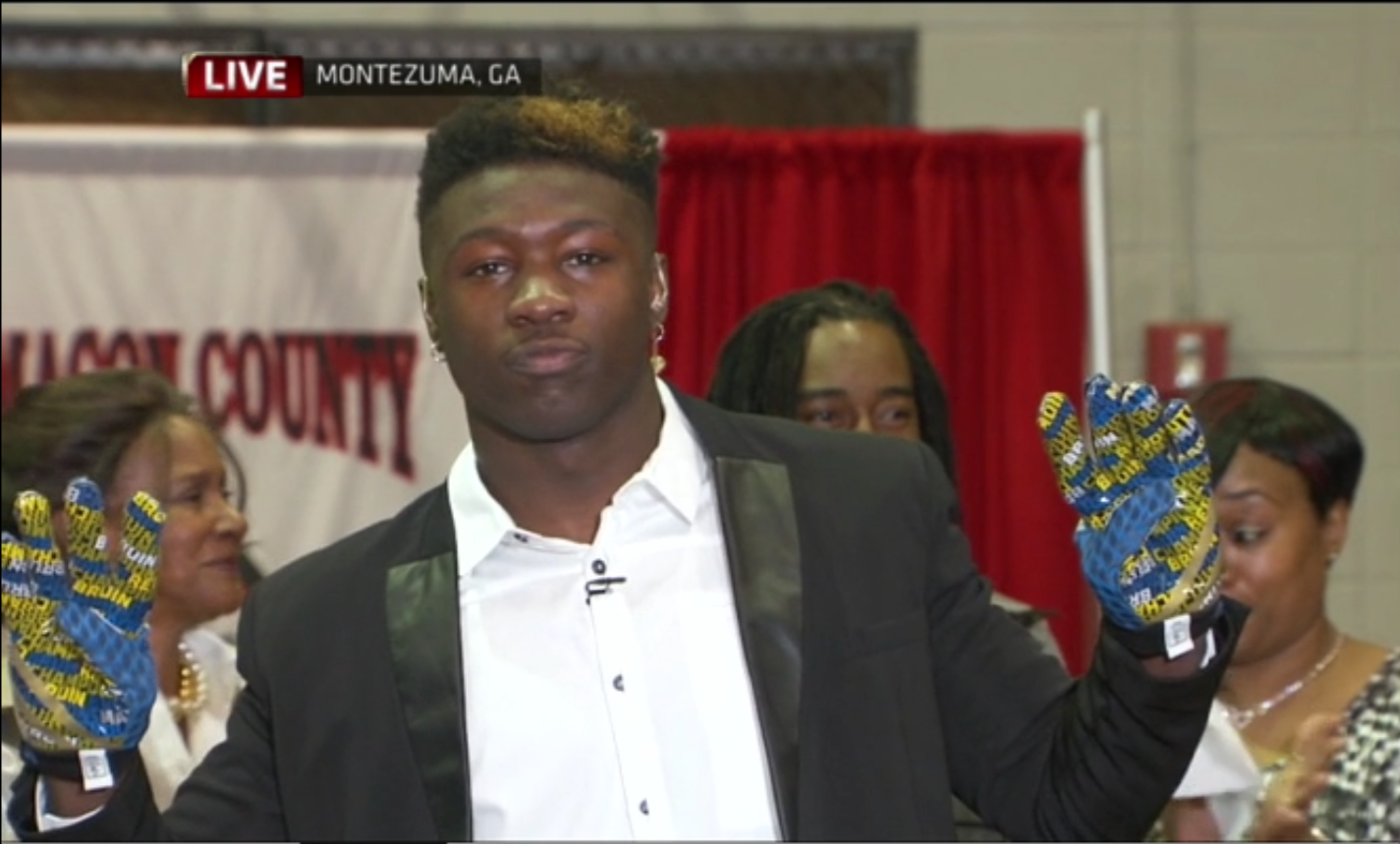