Defensive end Keisean Lucier-South talks about suddenly playing linebacker against Oregon and how the coaching staff prepares him for any possible position changes.

Defensive end Keisean Lucier-South talks about how he developed in the past year, growing up quickly on the defensive line to replace three starters and possibly taking a few snaps at linebacker. 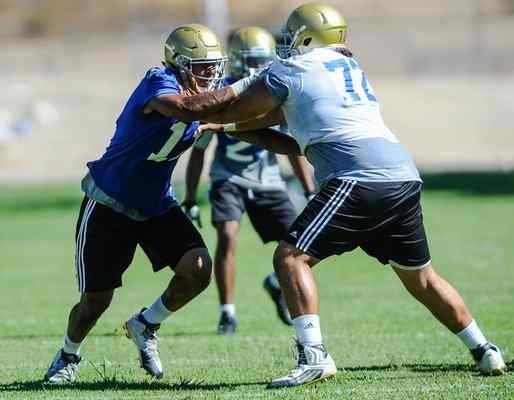 UCLA head coach Jim Mora highlighted one player Monday when asked about who stood out most when watching the tape from Texas A&M. It was Keisean Lucier-South.

Lucier-South had one tackle in his collegiate debut, but his coach praised his energy off the edge. When the Bruins were missing Takkarist McKinley and Deon Hollins at that position, Lucier-South became even more important.

More on Lucier-South’s first game as a Bruin.

Safety Adarius Pickett talks about his performance against Texas A&M and facing UNLV.