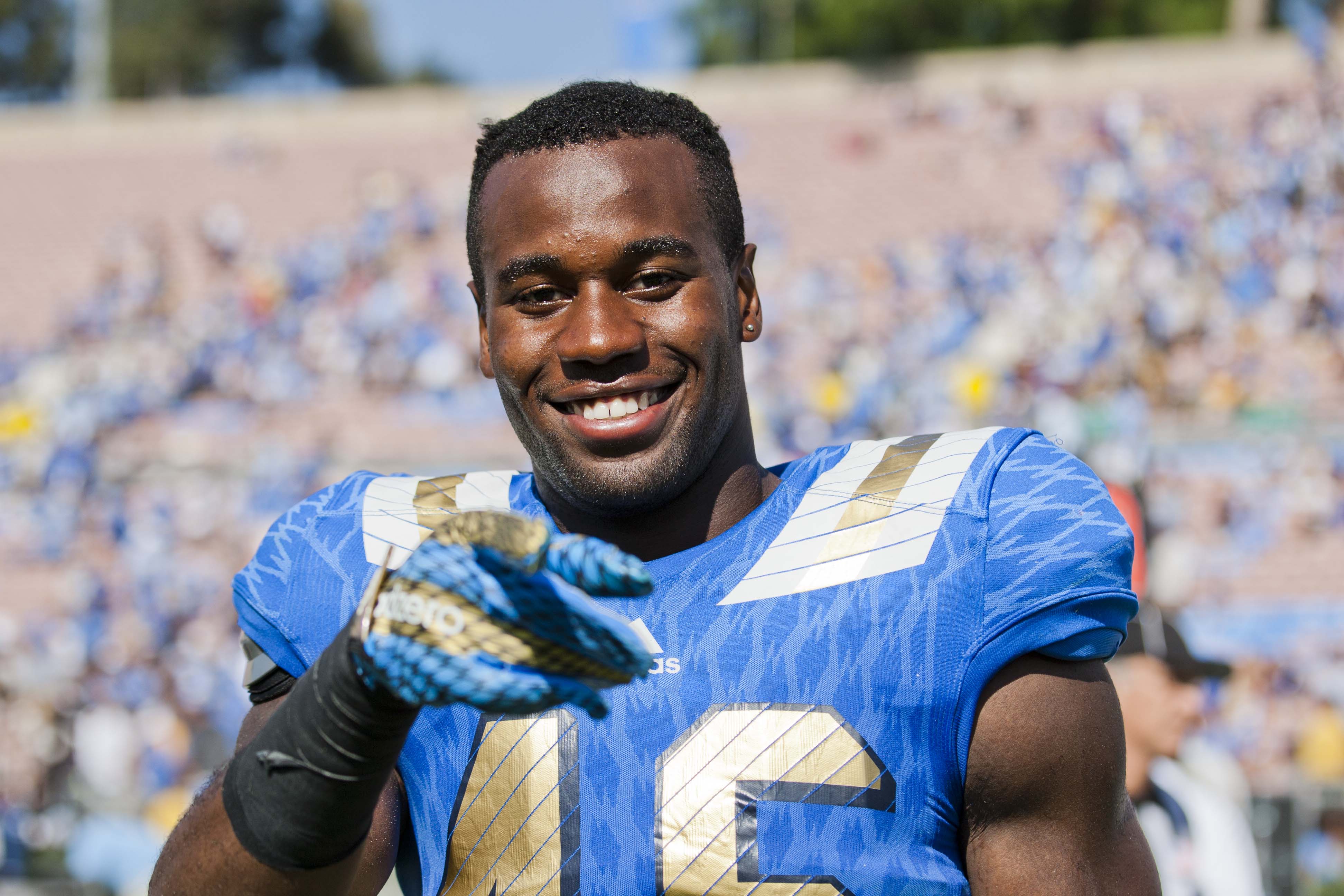 UCLA linebacker Kene Orjioke is set to make his final appearance as a Bruin, forgoing his final year of eligibility. (Katie Meyers/UCLA Athletics)

Merry Christmas, everyone! Here’s a roundup of some of our UCLA coverage this week.

» UCLA linebacker Kene Orjioke explains why he decided to leave football a year early.
» Defensive tackle Kenny Clark talks about the NFL players he watches most to improve his game.
» Center Jake Brendel reflects on the bonds he made as a four-year starter at UCLA.
» Nebraska quarterback Tommy Armstrong Jr. could present trouble for UCLA’s run defense.
» Offensive lineman Alex Redmond left the Bruins to declare for the NFL draft.

Backup quarterback Jerry Neuheisel and linebacker Kene Orjioke plan to finish their UCLA playing careers at the end of this season.

Both have a year of eligibility remaining, but are on track to graduate and were honored as part of the Bruins’ “Senior Night” ceremony during the team’s loss to Washington State last Saturday. Mora hinted that Neuheisel will become a graduate assistant next season.

UCLA linebacker Kene Orjioke tore his ACL last September, but is back with the team practicing with a brace over his right knee. The redshirt junior talked about his recovery process, including some advice he got from Eric Kendricks.

All signs point to yes. Jack has impressed from almost the first practice snaps he took as a Bruin, and has proven himself to be one of the best cover linebackers in college football. While his sophomore season didn’t fulfill the all-world expectations set by his incredible two-way debut in 2013, he still finished with 87 tackles and seven pass breakups. END_OF_DOCUMENT_TOKEN_TO_BE_REPLACED

— Kene Orjioke will be limited to sideline work for the rest of spring as he recovers from a torn ACL he suffered in October, but UCLA head coach Jim Mora said he was sure that the outside linebacker will be ready for fall. Orjioke had to have an additional operation to have scar tissue scoped out, but appears to be back on schedule in his rehab.

He received a hardship waiver after playing only four games last season, so he’ll be a redshirt junior this fall. The same goes for defensive backs Ishmael Adams and Randall Goforth, who got waivers for the 2012 and 2014 seasons, respectively.

NaJee Toran, who started one game as an offensive guard last season, also received a waiver. He will be a redshirt freshman after switching to defensive line.

— Thursday’s practice was walk-on Mike Fafaul’s turn to run with the first-team offense, and he actually looked more effective than Jerry Neuheisel did on Wednesday. His best throw was probably one to Alex Van Dyke, who jumped up to grab the ball over Ishmael Adams. END_OF_DOCUMENT_TOKEN_TO_BE_REPLACED