Defensive coordinator Tom Bradley talks about the linebacker group, having the players step up in practice and Eddie Vanderdoes.

Wide receiver Kenny Walker talks about Theo Howard, his track career and what he’s been watching during the Olympics.

Wide receiver Alex Van Dyke talks about why his teammates call him “Buck” and the group of receivers.

Defensive lineman Rick Wade talks about tensions mounting during training camp, his progression over the summer and how the new offense helps the defense.

Here is a notebook on Kenny Walker from practice

Here are the notes from Thursday 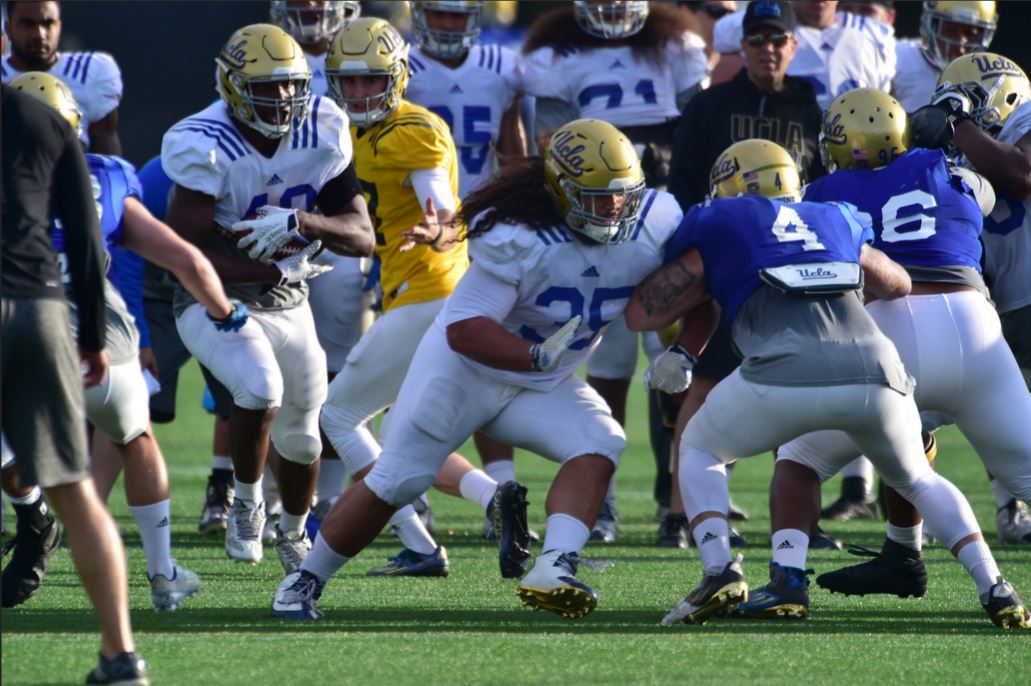 A notebook is here, featuring fullbacks Ainuu Taua and Cameron Griffin and the relationship between football, hammers and nails.

Here are some notes and observations from day six of practice:

— As McClure talked about in his interview, the team did a lot of situational work during the scrimmages: goal line, backed up, short yardage, red zone, etc. Taua thought the defense won overall, but said the receivers seemed to get the best of the defensive backs. From my perspective, the offense definitely had one of its better days overall but perhaps still not better than the defense.

— Kenny Walker had a good day, both in one-on-ones and during 11-on-11 periods. He made two great catches in one-on-ones: an over-the-shoulder catch for a touchdown and another one that he leaped up for and hauled in while falling backwards. END_OF_DOCUMENT_TOKEN_TO_BE_REPLACED

On Eldridge Massington, who spent redshirted last season and spent over a year recovering from a torn ACL:

“He’s coming along. He’s transitioning pretty good. Just need him to play a little faster, stop thinking. Sometimes, he has paralysis by analysis, so he plays a little slower. When he knows what he’s doing and knows his assignments, knows the technique to use, he’s playing well. …

“At his break point, instead of letting the defensive back dictate where he breaks, he’s running through shoulders and dropping his weight and trying to create separation. Trying to play big. He’s 6-3, 215 — he’s got to play that way. … END_OF_DOCUMENT_TOKEN_TO_BE_REPLACED