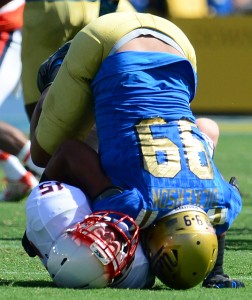 Still, McClure expressed a bit of optimism. Ankou, he said, is one of the stronger guys on the team, and played well in his 20-plus snaps in UCLA’s 34-16 win over Virginia on Saturday. And whereas Ankou is more a of a “bull-rusher,” Dickerson will provide more speed, length and pass rush to the position. END_OF_DOCUMENT_TOKEN_TO_BE_REPLACED 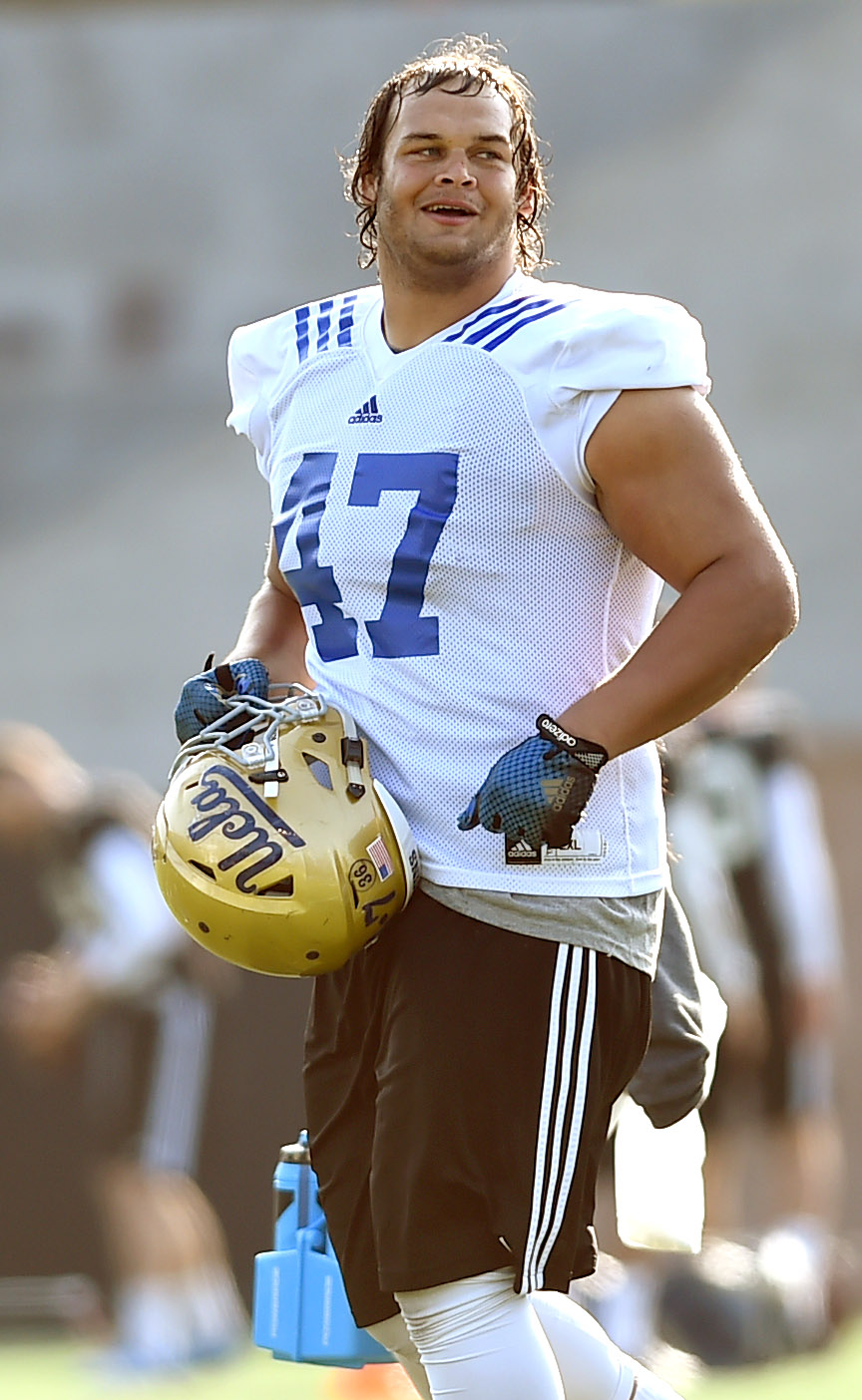 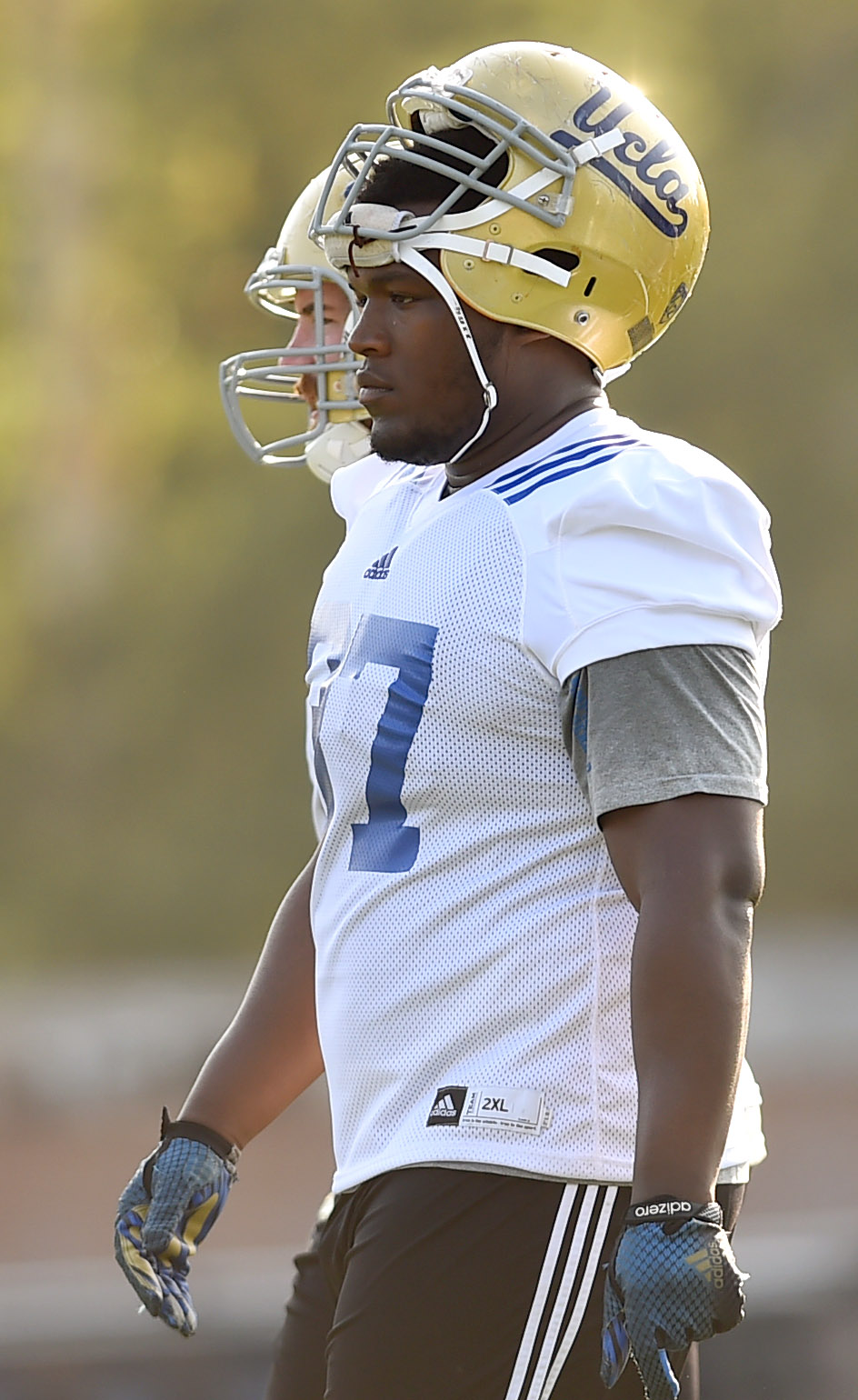 Clark in particular was vital to the Bruins’ run defense, and is about as stout a nose tackle as you can find in college football. Looking back at his impact the last two seasons, it’s incredible that UCLA was considering redshirting him back in August 2013, during his first camp in San Bernardino. There were several times last fall when opposing offenses noticeably directed the ball away from the middle, where he and Vanderdoes stood as imposing obstacles. END_OF_DOCUMENT_TOKEN_TO_BE_REPLACED

UCLA defensive line coach Angus McClure talked about how impressive defensive end Owamagbe Odighizuwa looked in last weekend’s season opener at Virginia — but admitted he may have played the senior a little too much. He also reviewed the career debuts of true freshmen Matt Dickerson and Jacob Tuioti-Mariner.

The unit’s only significant loss was defensive end Cassius Marsh, who finished second on the team with 10.5 tackles for loss and even chipped in a two-yard touchdown catch. Tackle Seali’i Epenesa and sack specialist Keenan Graham also graduated, but both saw their roles dwindle to varying degrees toward the end of the season. END_OF_DOCUMENT_TOKEN_TO_BE_REPLACED