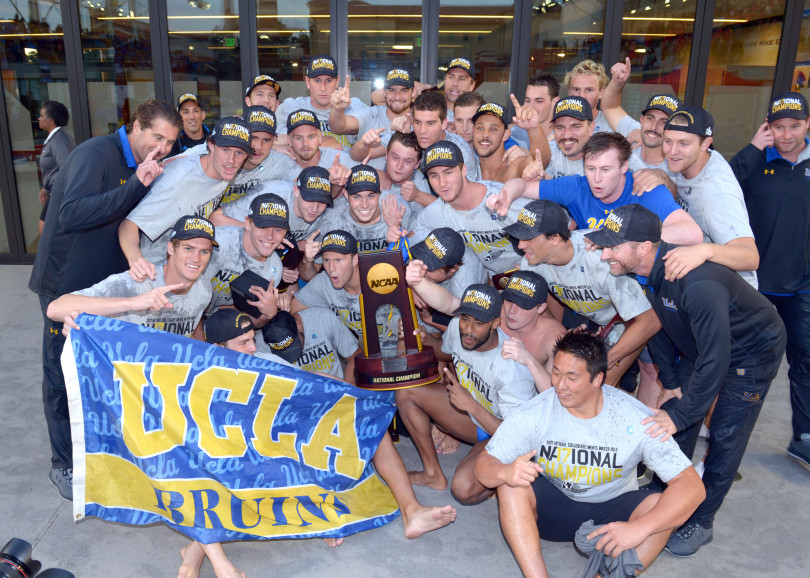 UCLA players and coaches celebrate their win against USC in the NCAA Championship final match at Uytengsu Aquatics Center at USC in Los Angeles on Sunday, December 3, 2017. (Photo by Axel Koester/Contributing Photographer)

The top-seeded Bruins won their third national championship in four years while the Trojans were forced to settle for their fourth straight runner-up trophy.

The win pulled UCLA back into a tie for the national lead in NCAA titles with Stanford. The Cardinal took over the top spot Sunday morning by knocking off UCLA in the women’s soccer championship match.

UCLA didn’t take its first lead until Alex Roelse scored on a power play with 44 seconds left in the third quarter. The Trojans evened the score early in the fourth quarter, but Matt Farmer scored the eventual game-winner on the very next possession.

More on how UCLA got its 114th national championship. 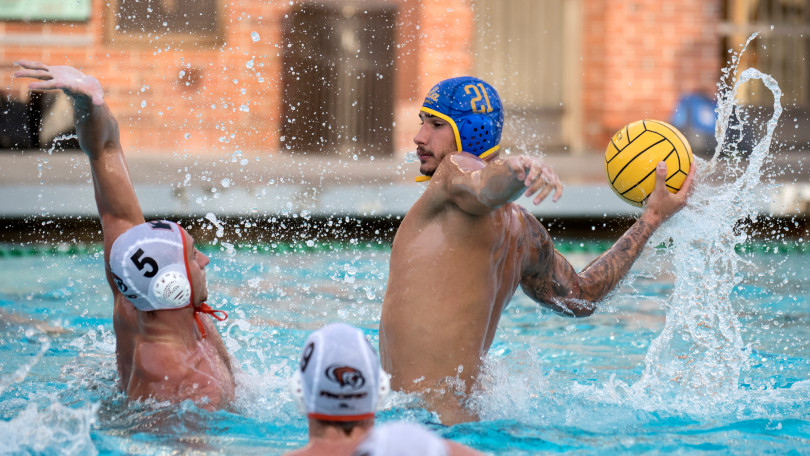 The freshman Montenegro national team member scored a hat trick in UCLA’s 11-9 win over Pacific in the NCAA tournament semifinals on Saturday, sending the Bruins to Sunday’s championship match where they will face rival USC.

Saveljic said after the game he was surprised by the sold-out crowd that Uytengsu Aquatics Center. It only added to the magnitude of the game.

“I’m always nervous before big games,” he said. “But that’s why we play.”

USC survived a tight match against Cal to win 12-11. The crosstown rivals play for the national championship on Sunday at 3 p.m. A live stream is available on NCAA.com.

UCLA men’s basketball notched a signature win over then-No. 1 Kentucky and rose nine spots to No. 2 in both the AP and USA Today Coaches’ Polls. The Bruins are ranked in the top 2 for the first time since Nov. 26, 2007.

In other news around UCLA athletics: 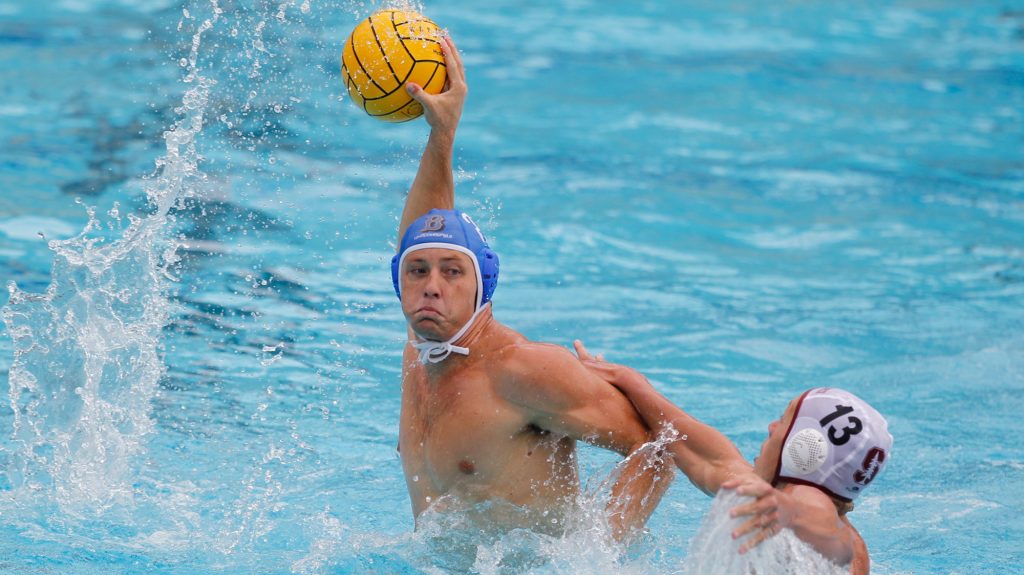 An NCAA-record 57-game winning streak won’t mean much for the UCLA men’s water polo team unless the Bruins can cap the year with their third-straight national championship.

No. 2 UCLA starts its NCAA run Saturday against Cal in the NCAA semifinals. The Bruins had an NCAA-record winning streak this year, but it was snapped by USC about three weeks ago. The Trojans then handed the Bruins two losses in as many weeks.

Despite losing two of its past three games heading into this weekend, UCLA is refocused for a chance at a three-peat.

You can watch UCLA’s semifinal match, which is scheduled for Saturday 5:12 p.m. PT at Cal, online here.

The men’s water polo team set an NCAA record on Sunday with its 52nd consecutive victory. The Bruins beat No. 11 UC Davis to claim the record.