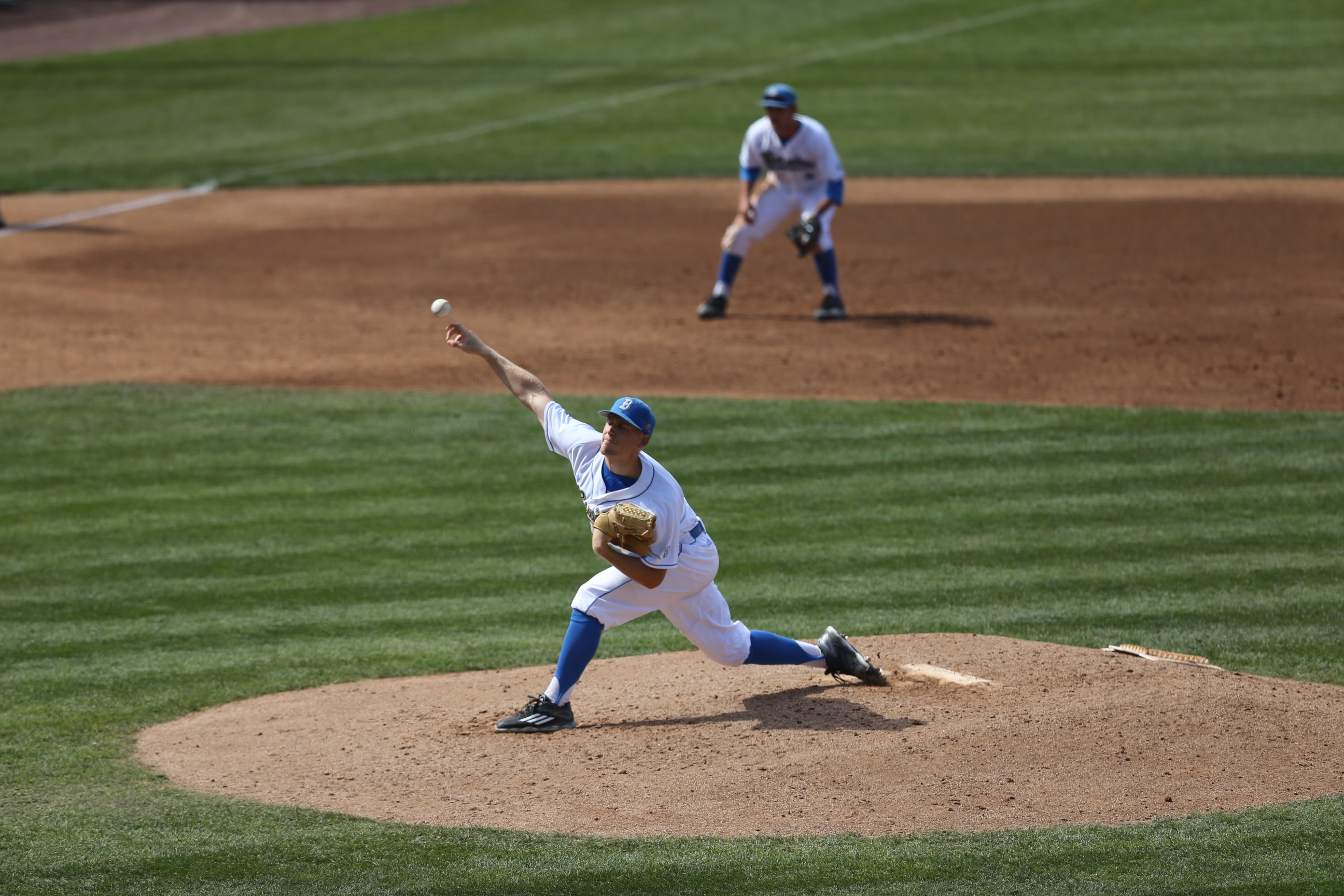 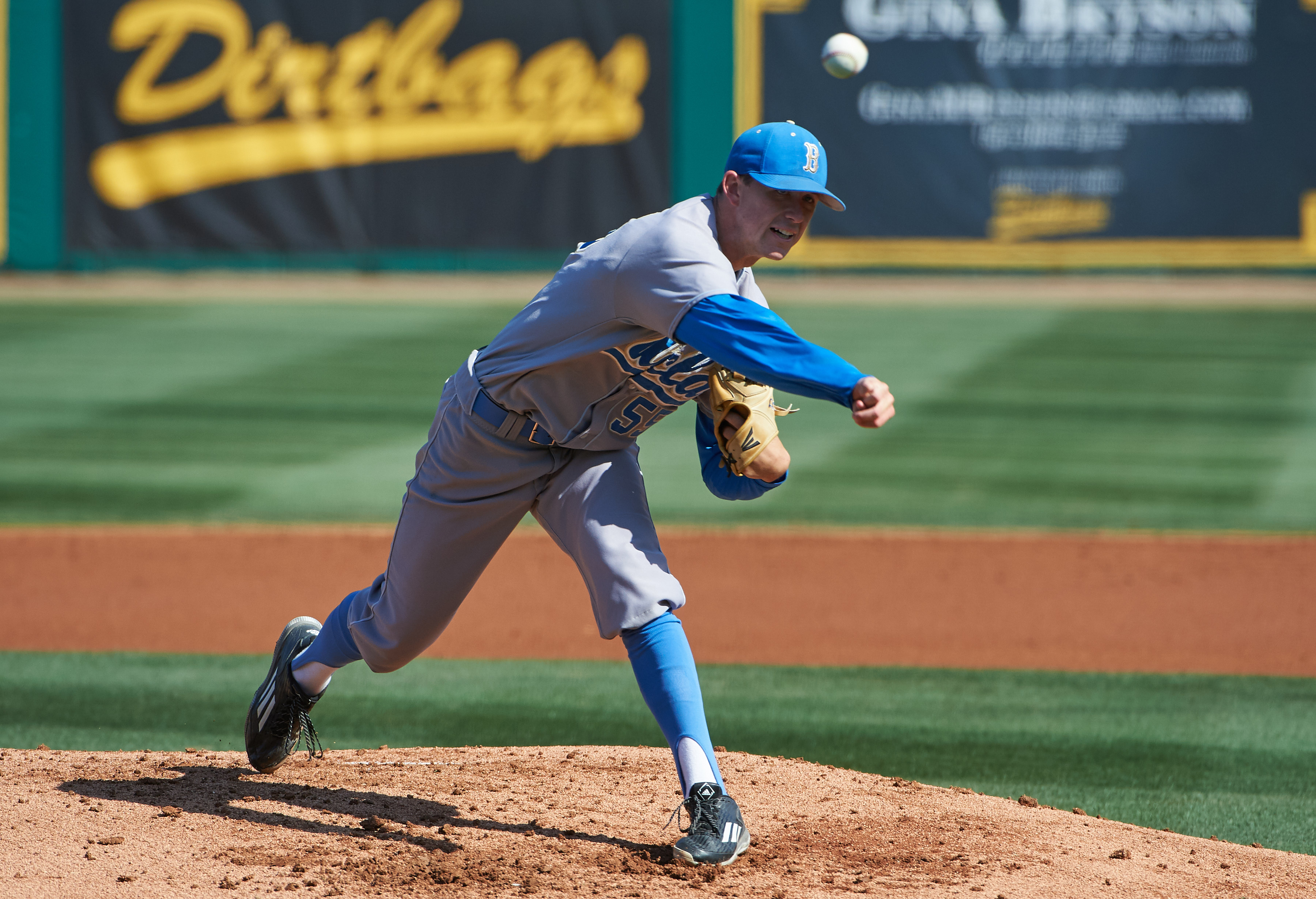 Two errors in the seventh inning and two-out walk in the eighth cost the Bruins in the close game as the Longhorns scored once in each inning.  END_OF_DOCUMENT_TOKEN_TO_BE_REPLACED 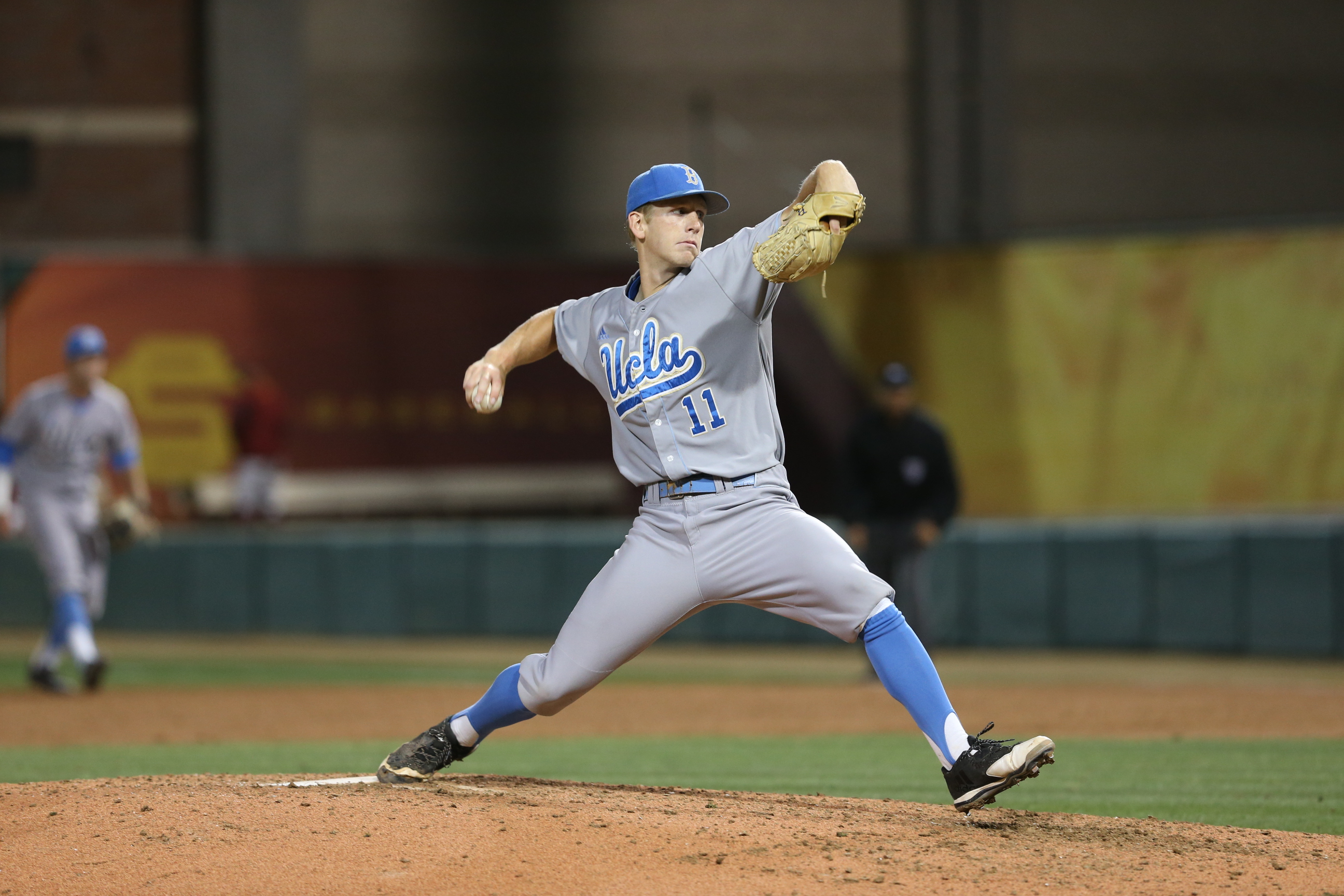 Brett Stephens‘ days as a Bruin are winding down. But the senior left fielder is set on making these final days last as long as possible.

“We’re really proud of this team for getting to postseason because it’s hard to do,” he said before UCLA’s NCAA tournament opener against Texas on Friday at 4 p.m. “But we’re not done yet.”

The Bruins are the third seed in the Long Beach Regional. Host Long Beach State and San Diego State play in the second first-round game Friday at 8 p.m.

First baseman Sean Bouchard and pitchers Griffin Canning and Jon Olsen were named All-Pac-12 on Thursday. Canning will take the mound Friday in the regional opener after he was also named second-team All-American by Collegiate Baseball.

Olsen’s progression as a reliable third starter was a major catalyst for UCLA’s return to the postseason, head coach Jon Savage said. The 6-foot-3 righty was 6-0 in Pac-12 play.

Bouchard leads the team with 43 RBIs and nine home runs while hitting .305. It was the junior’s first all-conference honor.

Here’s the weekend schedule for the Long Beach Regional at Blair Field: END_OF_DOCUMENT_TOKEN_TO_BE_REPLACED 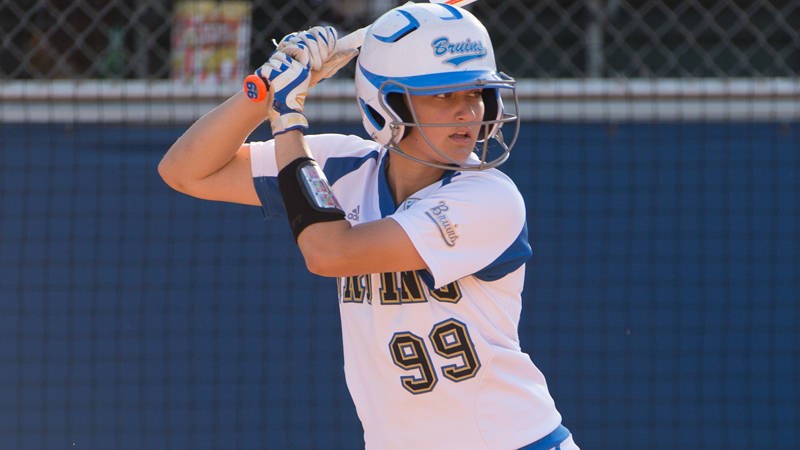 Delaney Spaulding hit her second home run in as many games to lead UCLA to a 10-2 win over San Jose State on Saturday. (Photo courtesy UCLA Athletics)

In two games, the UCLA softball team has scored 18 runs with seven home runs. The Bruins have yet to play a full seven-inning game while cruising to Sunday’s NCAA Los Angeles Regional final after they run-ruled San Jose State 10-1 in six innings Saturday.

Spaulding has a team-high five RBIs in the regional tournament so far.

With Saturday’s win, the Bruins are one victory away from their fourth straight Super Regional. They need one win Sunday against Cal State Fullerton to host next weekend’s Super Regional. The first game is scheduled for 4 p.m. at Easton Stadium with the second at 6:30 p.m. if necessary.

LOS ANGELES — For much of the weekend, luck carried UCLA. There were hits that bounced off bases, that nicked past outstretched gloves, that swam unseen into the stadium lights.

The Bruins needed no breaks Sunday evening, punching a ticket to the first back-to-back Super Regional in program history. A flurry of early runs coupled with the most dominant pitching performance of the Los Angeles Regional gave UCLA an easy 6-0 win over San Diego and a weekend sweep.

The first inning dragged out to nearly 40 minutes as UCLA battered Toreros starter Max Homick — a lefty who had closed a win over Cal Poly less than an hour ago. Despite facing a lineup loaded with six left-handed batters, the sophomore lasted just 1/3 innings as he saw his season ERA swell by half a run. END_OF_DOCUMENT_TOKEN_TO_BE_REPLACED