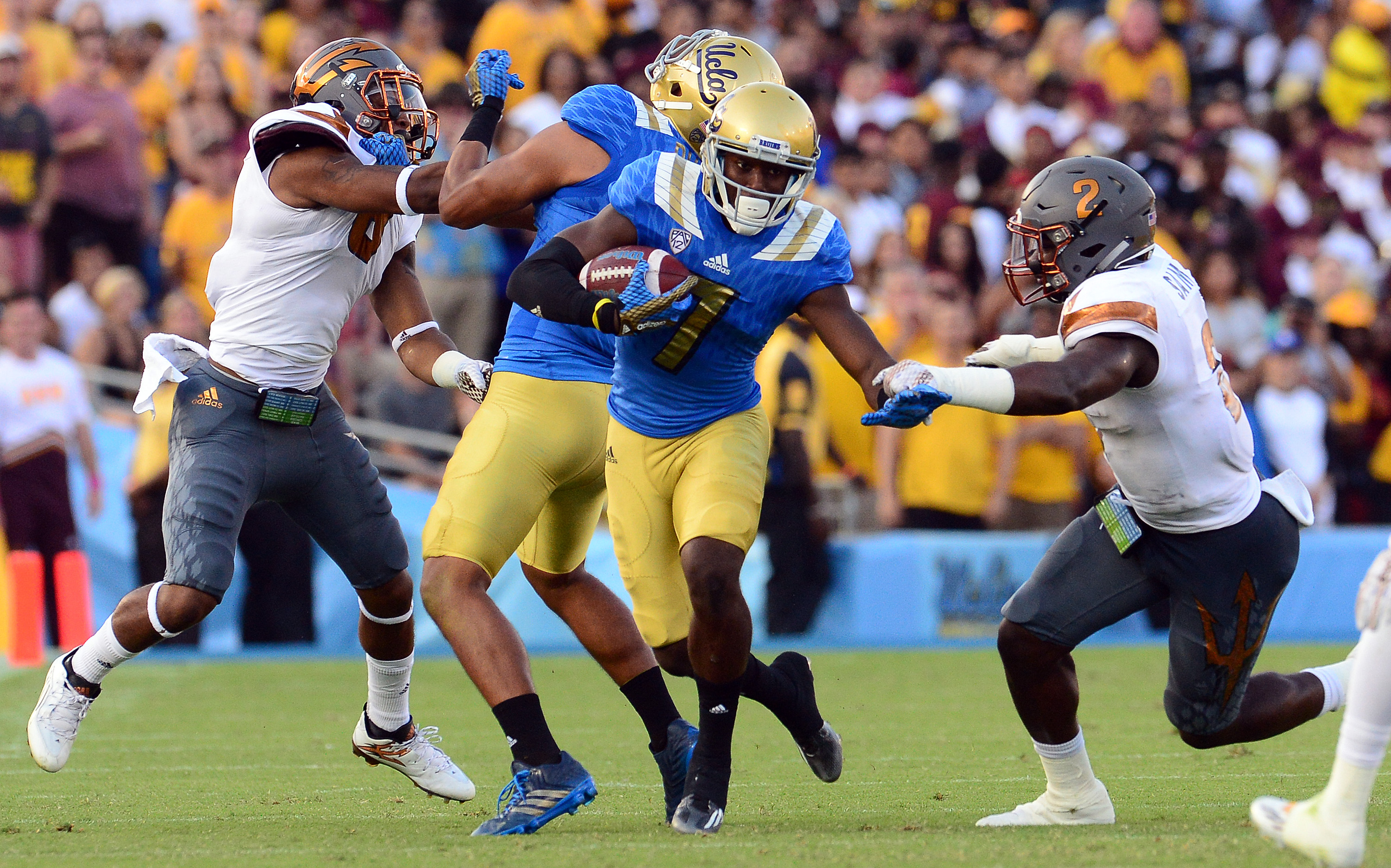 UCLA receiver Devin Fuller (7) has accepted an invitation to play in the NFLPA Collegiate Bowl. He made 24 catches for 259 yards and three touchdowns in the 2015 regular season. (Keith Birmingham/Staff)

UCLA receiver Devin Fuller has accepted an invitation to play in the NFLPA Collegiate Bowl, one of several games that help players showcase themselves for pro teams.

Limited by head and ankle injuries in the latter half of his senior campaign, Fuller finished the regular season with 24 catches for 259 yards and three touchdowns. That included a career performance against Cal, in which he had seven receptions for 100 yards and two scores. He was also on the receiving end of quarterback Josh Rosen’s first career touchdown, a four-yard pass in the Bruins’ season-opening win over Virginia.

Fuller showed some promise as a returner as well, totaling 552 yards on 29 tries taking back kicks and punts.

The list of the first 23 players slated to play in the NFLPA Bowl also includes former UCLA offensive tackle Torian White, who transferred to Hampton. White was arrested on suspicion of sexual assault on Nov. 17, 2013 and never rejoined the team. UCLA dismissed him from school entirely in May 2014, after the university found him responsible for two instances of sexual misconduct.

UCLA defensive back Anthony Jefferson and offensive lineman Malcolm Bunche have agreed to play in the NFLPA Collegiate Bowl, one of the many postseason all-star events for draft-eligible players.

Jefferson was the most experienced and versatile member of the Bruins’ secondary, capable of playing both cornerback and safety. He finished third on the team with 72 tackles, and also had an interception and eight pass breakups. Bunche, a graduate transfer from Miami, began the season as UCLA’s starting left tackle — but was later shifted to left guard and eventually benched entirely. He did not travel with the Bruins to the Alamo Bowl due to academics.