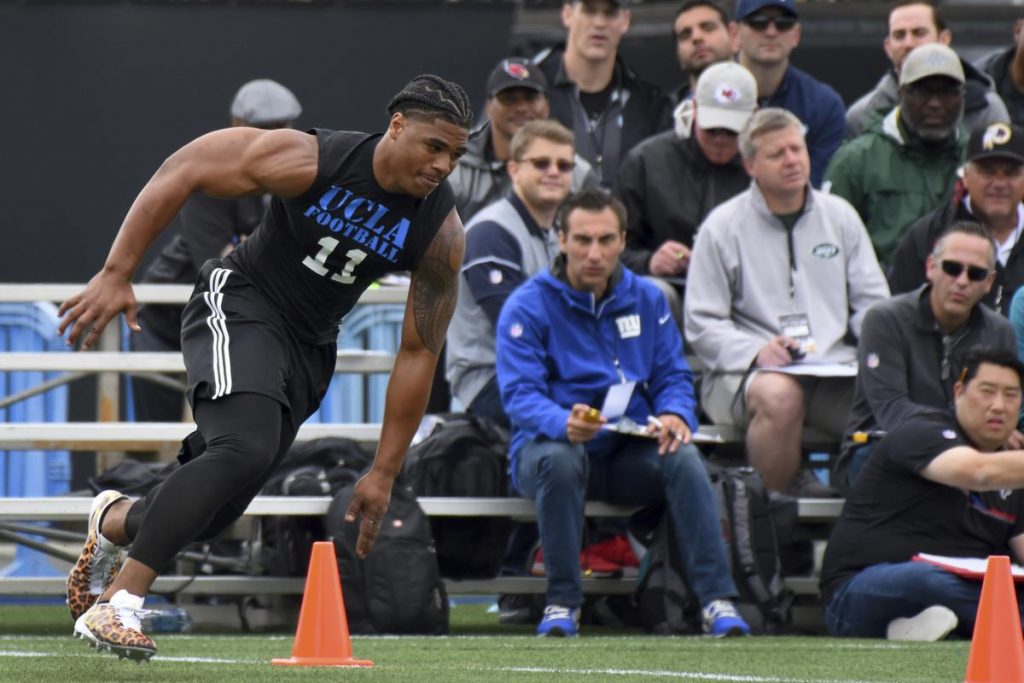 For the 12 UCLA seniors who didn’t get invited to the NFL Combine, Tuesday’s Pro Day was the biggest job interview of their lives.

“This is their Combine,” head coach Jim Mora said.

UCLA hosted its annual Pro Day on Tuesday, welcoming scouts and coaches from all 32 NFL teams, as 17 outgoing seniors worked out to improve their draft stocks. Former UCLA running back Jordan James and punter Matt Mengal also participated in the workout.

Wide receiver Kenneth Walker III had a good day, showing off his impressive speed (some scouts clocked his 40-yard dash in the 4.2-second range) and make a number of good catches in rainy conditions. Despite slipping a few times on the slick turf, linebacker Cameron Judge was approached by an Atlanta Falcon scout after the linebackers drills and was commended on his performance. Judge was also thrilled with his 40-yard dash time that was clocked in the low 4.5-second range.

Head coach Jim Mora talks about UCLA’s Pro Day, including where Eddie Vanderodes, Kenny Walker and Ishmael Adams might find success at the next level.

As it was last year, UCLA’s pro day on March 12 will again be closed to the media and the public. Tight end Joseph Fauria probably has the most to gain after sitting out the majority of NFL combine workouts with a pulled groin. The latest mock drafts from CBS Sports and SI.com both have Datone Jones in the first round.