Center Scott Quessenberry talks about putting the euphoria of the win behind him, what needs to improve about the offensive line and how long it took him to respond to all the messages he got Sunday. 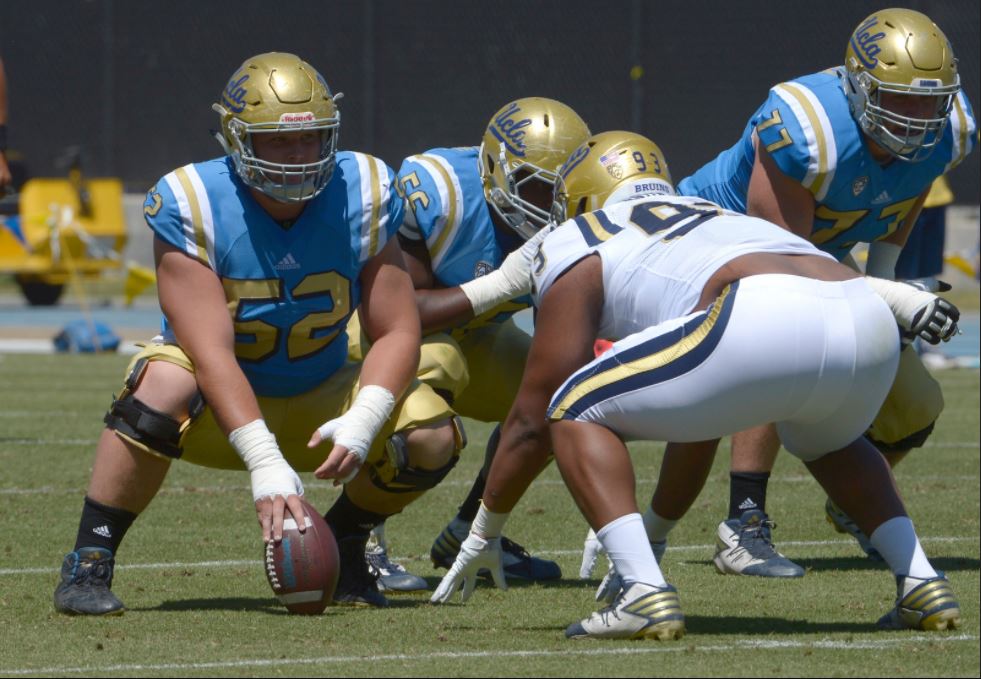 UCLA center Scott Quessenberry (52) is on the watch list for the Outland Trophy. (Photo by Keith Birmingham, Pasadena Star-News/SCNG)

Already on the watch list for the Rimington Trophy, UCLA center Scott Quessenberry added another preseason watch list nomination Thursday as the redshirt senior was included on the 81-man Outland Trophy Watch List.

One year after redshirting due to double shoulder surgeries, Quessenberry was named All-Pac-12 first team last season, as selected by the league’s head coaches. He started all 12 games at center. 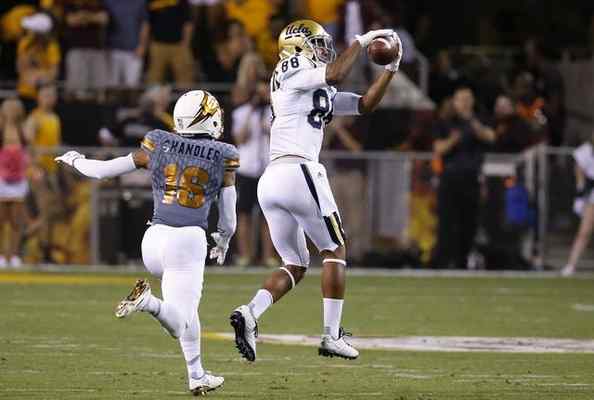 Offensive lineman Scott Quessenberry and linebacker Kenny Young will be UCLA’s two player representatives at next month’s Pac-12 Media Days at Hollywood and Highland. The players will accompany head coach Jim Mora during the two-day event from July 26-27.

Quarterback Josh Rosen would have been the media’s first choice to represent the offense, especially with USC sending its star quarterback Sam Darnold. Sending Quessenberry follows Mora’s tendency to give seniors the opportunity to speak for the team, but there have been exceptions, like when Deon Hollins went in 2015 as a junior instead of Myles Jack, who was also a junior at that time. If you can make an exception for Hollins, bringing Rosen doesn’t seem too big of an ask. It’s likely that Quessenberry will spend most of the day just fielding questions about Rosen anyway. There is at least a little more star power this year than last when there was the same number of quarterbacks and punters (one each).

The full schedule and line up for Pac-12 media days: END_OF_DOCUMENT_TOKEN_TO_BE_REPLACED

UCLA center Scott Quessenberry (52) was named to the Spring Watch List for the Rimington Trophy on Monday. (Photo by Keith Birmingham, Pasadena Star-News/SCNG)

Redshirt senior Scott Quessenberry was one of 63 players named to the spring watch list for the Rimington Trophy on Monday. The award recognizes the top center in the country.

Quesenberry was named first-team All-Pac-12 last season after starting all 12 of UCLA’s games. He had missed the previous year due to double shoulder surgery.