The soon-to-be sophomore made the final cut for USA Basketball’s U19 team on Wednesday, becoming one of 12 players who will represent the United States at the FIBA World Championship later this month. He is one of two centers to make the team, the other being Purdue’s five-star signee Caleb Swanigan.

Competition will be held June 27 to July 5 in Heraklion, on the Greek island of Crete. The medal-round quarterfinals are on July 3, with the semifinals and finals taking place the following two days. END_OF_DOCUMENT_TOKEN_TO_BE_REPLACED 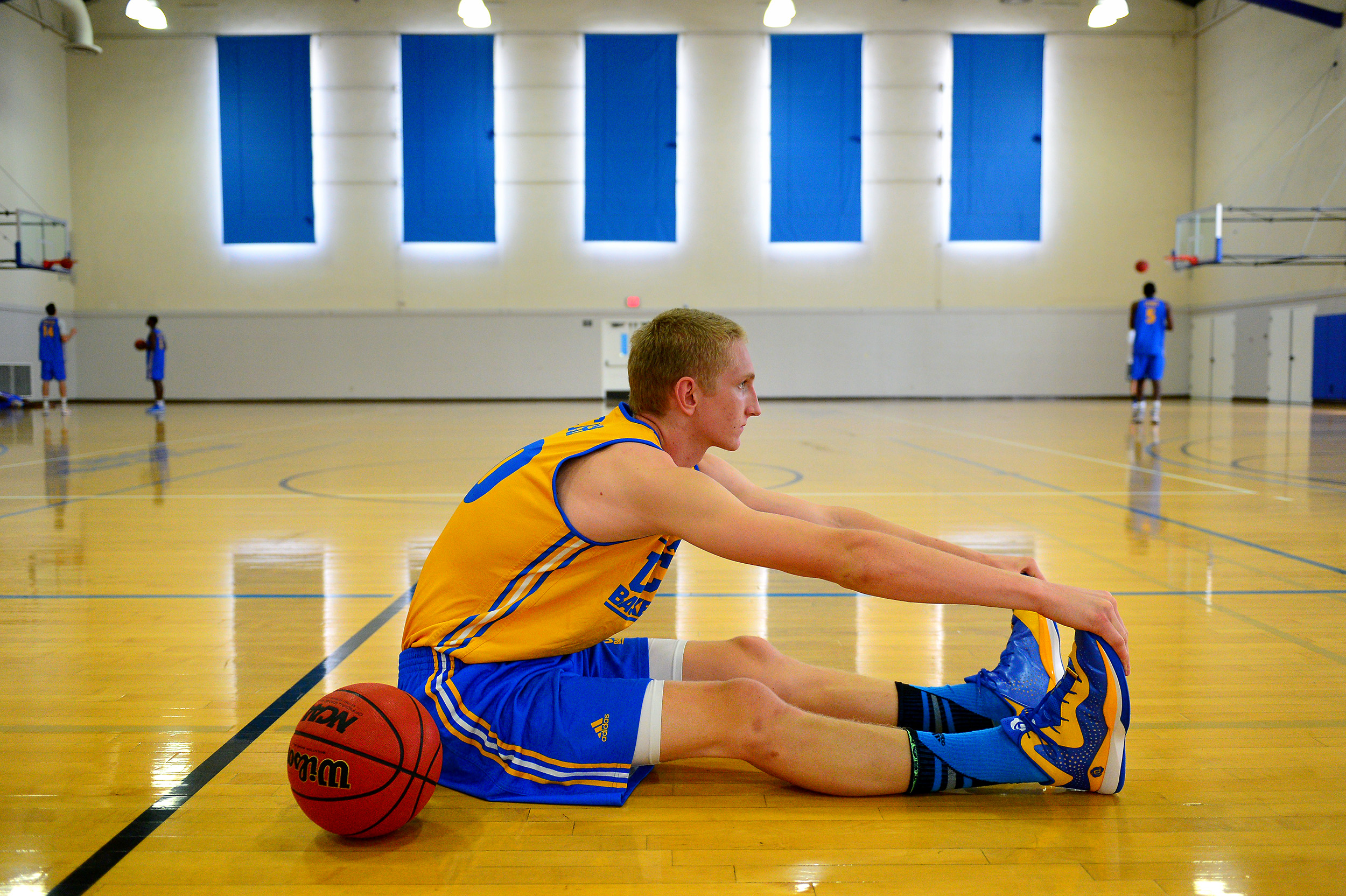 UCLA center Thomas Welsh is one of 24 players participating in the USA Basketball U19 training camp. He is pictured here stretches before a practice on Oct. 14, 2014, at the Student Activities Center. (Michael Owen Baker/Staff)

UCLA center Thomas Welsh could have a chance to represent his country this summer.

The 7-footer was one of 24 players picked to participate in 2015 USA Basketball Men’s U19 World Championship Team training camp, which will take place June 12-26. Held at the U.S. Olympic Training Center in Colorado Springs, the event will determine which 12 players are selected for the U19 national team, one that will play in Greece from June 27 to July 5.

Welsh, who will be a sophomore in the 2015-16 season, averaged 3.8 points and 3.8 rebounds in his first season for the Bruins. A former McDonald’s All-American showed spurts of promise, scoring 14 points in UCLA’s season-opening 113-78 win over Montana State. In a round-of-64 upset of fifth-seeded SMU, he had six rebounds and four blocks, and was on the floor in the final minutes in place of junior Tony Parker.

Unsurprisingly for a young big man, Welsh struggled at times with foul trouble, committing 6.0 fouls per 40 minutes. The center also took 59.1 percent of his shots on 2-point jumpers, nearly double the team average.

The U19 team will be coached by Arizona’s Sean Miller. He will be assisted by his younger brother, Dayton’s Archie Miller, and Providence’s Ed Cooley.

See the full roster below: END_OF_DOCUMENT_TOKEN_TO_BE_REPLACED