Senior Jordin Canada set the UCLA record for career assists while leading No. 14 UCLA to a 93-55 win over Colorado in Boulder on Sunday as the point guard tallied 10 points and 11 assists.

Canada had only one turnover with her double-double as UCLA had six double-digit scorers and 13 steals. The Bruins secured their first road sweep of the Pac-12 season with Friday’s 81-74 win over Utah.

“I think we’re starting to finally believe who we are and that’s defense,” Canada told the Pac-12 Networks after the game. “Our defensive intensity is huge and we showed that these past two games. I thought we were aggressive and I thought we attacked every opportunity that there was to get stops.” 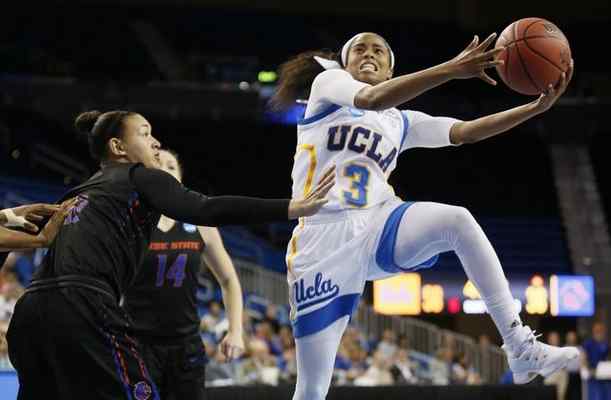 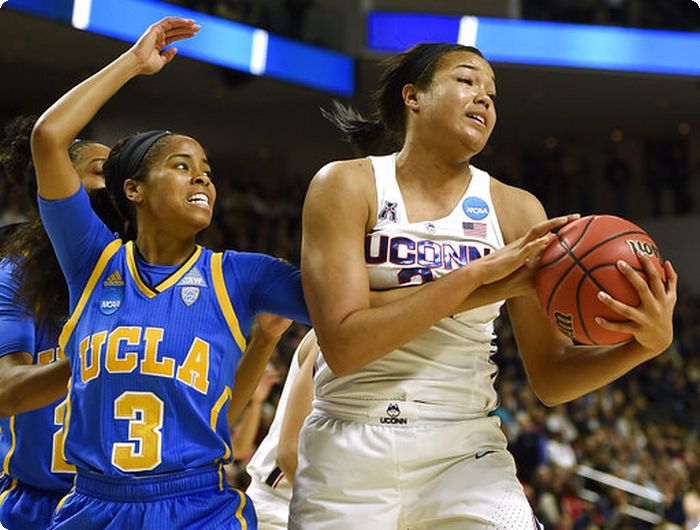 A record-setting performance from Jordin Canada wasn’t enough for UCLA to fend off No. 1 Connecticut on Saturday.

UConn’s massive winning streak consumed another victim and grew to 110 as the Huskies took down the Bruins 86-71 in the Sweet 16 in Bridgeport, Conn.

Canada passed Mary Hegarty for the UCLA record for assists in a season, dishing out 11 and bringing her season total to 242. The junior guard recorded her third straight double-double, adding 20 points.

Monique Billings had another double-double for the Bruins (25-9) with 17 points and 16 rebounds.

“Jordin and Monique, they sort of hold the torch,” head coach Cori Close told reporters. “They know that they have to show up every single day, that we are playing around them. They may be the focal point, but you need every single person.” END_OF_DOCUMENT_TOKEN_TO_BE_REPLACED 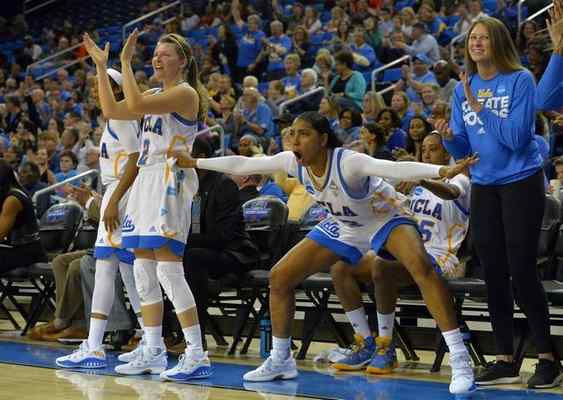 UCLA, fresh off a 75-43 dismantling of Texas A&M on Monday, face No. 1 UConn in the Sweet 16 of the NCAA Women’s Basketball Championship on Saturday in Bridgeport, Conn. (Scott Varley/Staff Photographer)

When she saw that UCLA and shared a regional with No. 1 seed Connecticut, senior Kari Korver was admittedly not excited. That only lasted a few seconds though.

Although the undefeated Huskies seem to be a juggernaut, with its 109-game winning streak and legendary coach, the Bruins aren’t shying away from the challenge.

“There’s nothing you can do about it, it’s out of your control,” Korver said of being in UConn’s regional. “I actually feel like it’s going to be a really fun test, it’s going to be really cool.” 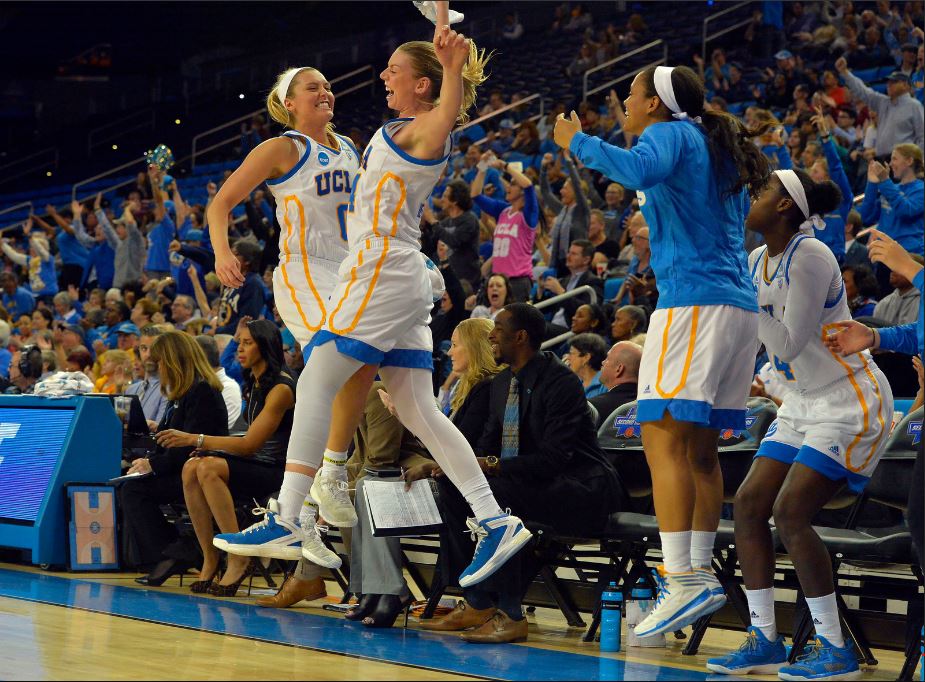 UCLA bench erupts after a Kari Korver 3-pointer in Westwood, CA on Monday, March 20, 2017. UCLA vs Texas A&M in the 2nd round of the NCAA Women’s Basketball Championship. (Photo by Scott Varley, Daily Breeze/SCNG)

The UCLA women’s basketball team’s reward for two dominating home wins to open the NCAA Tournament? A cross-country trip to face No. 1 Connecticut.

The Bruins completed a perfect home schedule at Pauley Pavilion on Monday, stretching their home unbeaten streak to 29 games with an second-round 75-43 drubbing over Texas A&M. UCLA (25-8) will face UConn on Saturday in the Sweet 16 in Bridgeport, Conn.

Kari Korver scorched the fifth-seeded Aggies (22-11) with 21 points on 7-for-10 shooting from 3-point range. The senior spent the majority of the fourth quarter on the bench while the Bruins cruised to the school’s largest margin of victory in an NCAA Tournament game, but Korver subbed back in late for one final hurrah in front of the UCLA faithful.

“It’s been really cool to play here at UCLA for five years,” Korver told reporters after the game. “And just the support from the fans, support from my family. It’s just really cool and I appreciate what Coach (Cori Close) did.”

UCLA will make back-to-back Sweet 16 appearances for the first time in school history. Although they’re facing UConn and its 109-game winning streak, the Bruins are focused on themselves.

“They obviously have our respect, but my team has my respect,” Close said of the Huskies. “I need to lead them the same way that we’ve done it all year long. And that focus is on how do we need to grow, how do we play to our best given the opponent we have next. We’re going to play in a Sweet 16; we’re not just going to play UConn.”