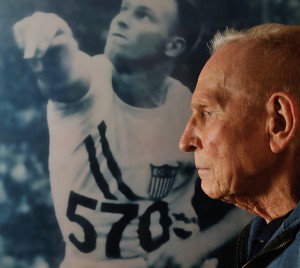 Thompson was also a member of USC’s 1942 NCAA title team and was the sixth-oldest living U.S. Olympic gold medalist at the time of his death in December. He was 92.

The family is donating his gold medal to USC.