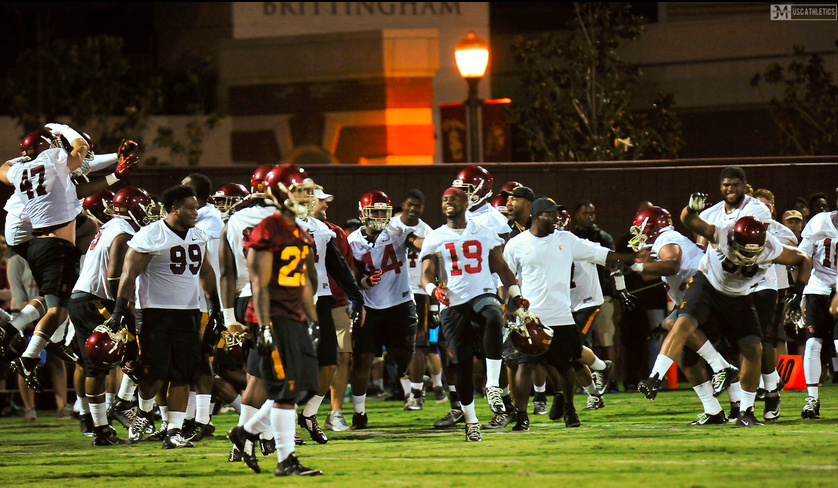 When Steve Sarkisian said USC will not take the field in “13 different uniforms,” he might need to enforce that policy at practices. For some reason, USC’s practice jerseys are not even matching this week. Look at the No. 19 jersey in the center. It’s a different size, style and color than the No. 99 on the left. And it’s an iron-on number, not sewn on like it should be.

Now, some of you will of course say, `who cares?’ it’s only a practice jersey. But I’ll ask this: Is USC supposed to be the premier football program in the nation? Does it have a fancy new practice field? Does it shower recruits with as many amenities as the NCAA will allow? So shouldn’t the practice jerseys be uniform? Would it happen at Ohio State? Or Oregon?

70 thoughts on “A Uniform Should Be Uniform”