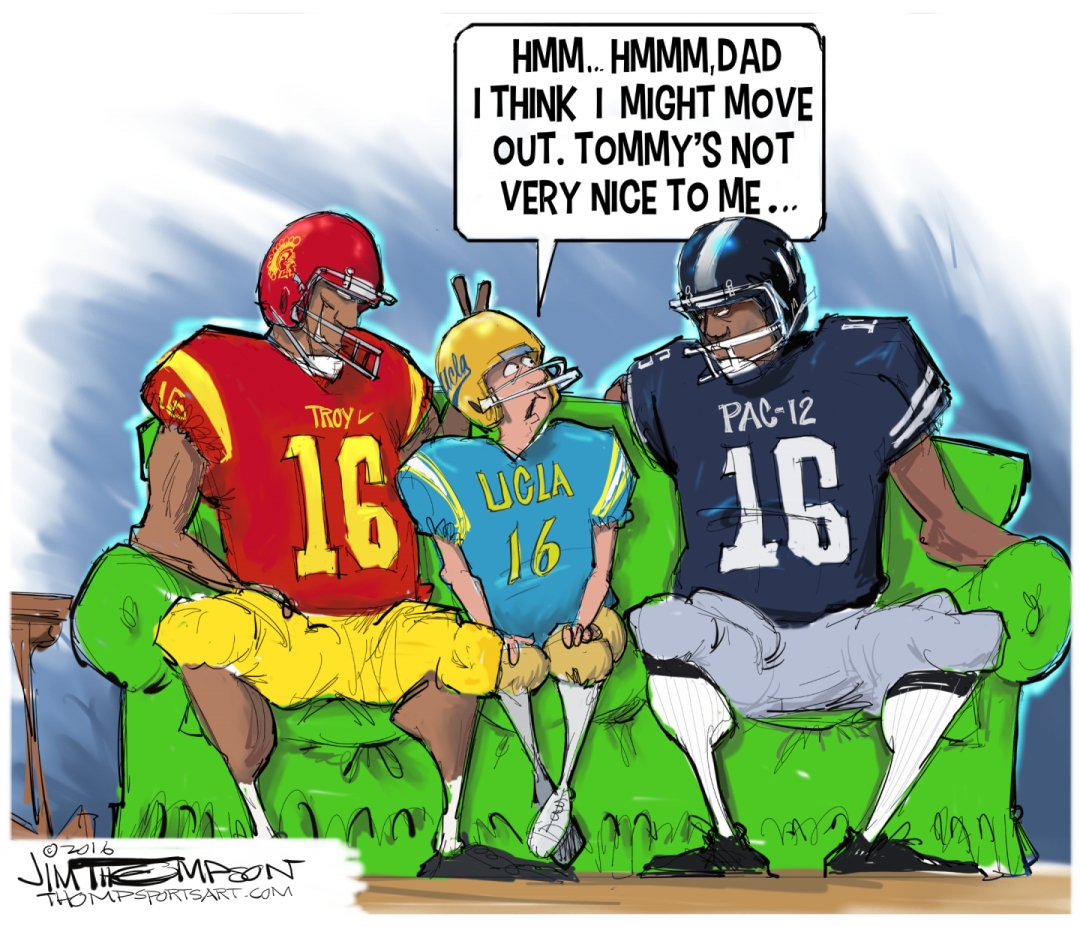 Here’s Jim Thompson‘s take on Rick Neuheisel’s recent comments that UCLA should leave the Pac-12 for the Big 12 to escape USC’s shadow.

60 thoughts on “USC-UCLA Cartoon Of The Day”