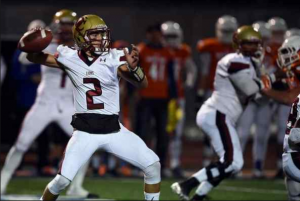 Let’s say Sam Darnold stays two more years, though at this rate he could easily turn pro after next season. Sears and Corral would compete for the job no later than 2019. Which one is the Max Browne?  Who will transfer after not winning the job? You don’t think both of them want to watch someone else start do you?

At least this time Clay Helton won’t have to name one the starter because they already have their degree and could transfer without sitting out a la Browne.