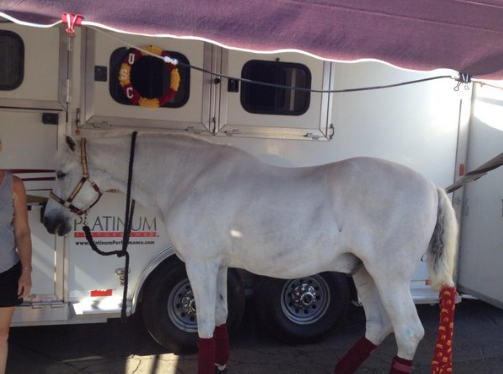 Traveler VII, who was USC’s horse mascot from 2003 to the 2017 Rose Bowl, passed away at age 23. Traveler VII retired after the Rose Bowl. Traveler IX took over for the 2017 season.