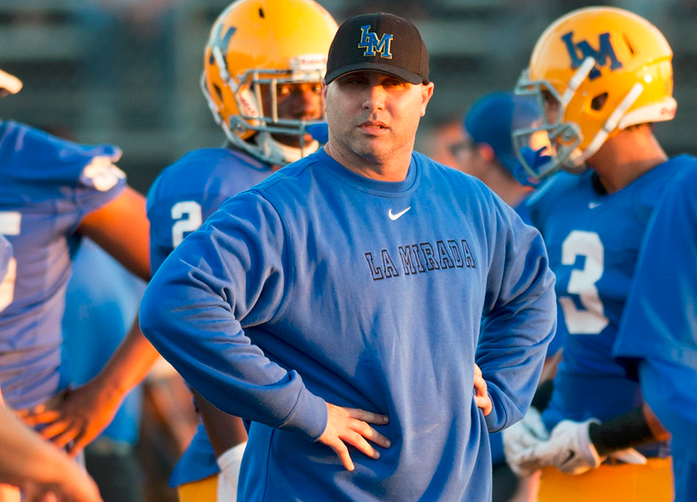 DAILY NEWS TOP 10
1. La Mirada (3-1) — How good are the Mats? They showed how good Friday, soundly beating La Habra. Going forward they might not lose the rest of the season, as they move into league play, then the CIF-SS playoffs.
2. La Serna (3-1) — If there is a team that can match La Mirada, it’s the Lancers, who look like CIF-SS contenders again. We get a good view this week when they host Rancho Cucamonga.
3. La Habra (1-3) — The Highlanders are a solid No. 3 pick, and with some separation between them and No. 4, they might stay here a while.
4. El Rancho (2-1) — The Dons look like La Serna’s chief challenger in the Del Rio League. They get a good test this week, hosting Diamond Ranch.
5. California (2-2) — Don’t sleep on the Condors, who beat a pretty good San Marino team on the road. The race for the Del League title is going to fun.
6. St. Paul (3-1) — The Swordsmen have the look of pretenders after they were walloped at Damien last week. Another big loss is expected this week, but I think they are somewhere in the middle between their 3-0 start and last week.
7. Whittier (2-2) — The Cardinals have looked good, sans last week’s loss. But this is a team that challenge for a playoff spot.
8. Santa Fe (1-3) — The Chiefs record is more to the tough schedule it as faced than their own talent level. They have another tough one this week, but they’ll soon be back in their comfort zone of the Del Rio.
9. Whittier Christian (0-4) — The Heralds were forced to forfeit their two wins, but we’ll overlook that and rank them accordingly. On the field, the defense has to get better.
10. Schurr (1-3) — The Spartans also have scheduled up a bit, but could be the top team in the Almont.