St. Paul continued its 2014 turnaround in week 2 of the prep football season, winning its third consecutive game to open the season with a solid 29-6 victory over South East, of South Gate. Also, Friday, La Mirada, which started 2-0 with impressive wins over Tesoro and Charter Oak was dropped back to reality with a blow-out loss to highly-touted Servite. La Serna, after an opening week loss to Ralston Valley, of Colorado, scored its second consecutive big win, shutting out Schurr, 35-0.
DAILY NEWS HIGH SCHOOL SCOREBOARD 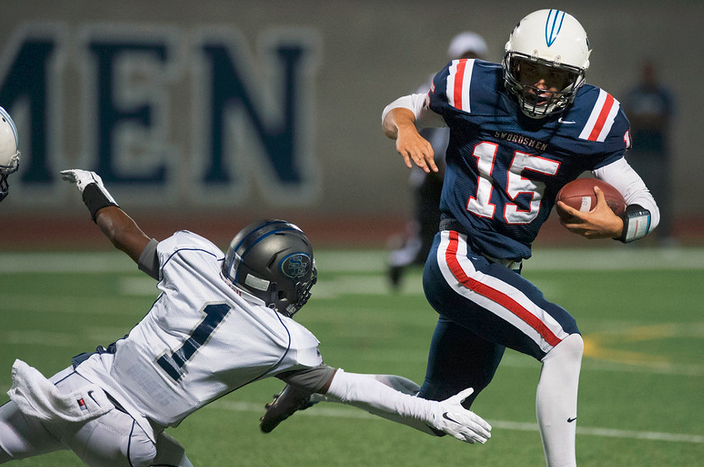 SANTA FE SPRINGS — It’s been a trying couple of years for the St. Paul High School football team. But the Swordsmen are finally seeing the light at the end of what has been a dark tunnel.
Jacob Maier threw for 217 yards and three touchdowns and host St. Paul won its third consecutive game with a 29-6 victory over South East in a nonleague game.
Gabriel Bermudez had 121 yard receiving and a touchdown and Alfred Delgado rushed for 108 yards for the Swordsmen, who have already won more games this season than they won the past two seasons combined. St. Paul was 1-9 in each of the past two seasons.
Johnny Romero threw for 91 yards and a touchdown for the Jaguars, who slipped to 0-3.
St. Paul led 21-6 at halftime.
— Stephen Ramirez

SERVITE 56, LA MIRADA 14
NORWALK — La Mirada’s quest to upset a Pac-5 Division opponent for the second time in three weeks came up short on Friday night, as the Matadores fell to Servite 56-14 at Cerritos College.
“We got outcoached and we got overwhelmed from the get-go,” said La Mirada head coach Mike Moschetti. “They were the better team and we didn’t have a chance. When it went bad, it went bad, and before you knew it we were down 28-0.”
The Friars (2-1), who entered the game ranked No. 4 in the state by Cal-Hi sports, were in top form from the start, scoring touchdowns on each of their first five possessions.
However, the highlight of the night was provided by the Servite defense. On fourth-and-2 with 1:32 left before halftime, Maurice Davison intercepted a Christian Lara pass and returned it 97 yards for a touchdown.
Davison’s touchdown capped a nearly perfect half for Servite and gave the Friars a 35-0 lead at the break.
— Richard Hernandez
ROUNDUP: Whittier beats Whittier Christian, 51-28
Whittier High School outscored Whittier Christian 25-0 over the game’s final 12:19 to take a 51-28 nonleague victory Friday night at Whittier College.
Luis Valero scored on a 4-yard run with 19 seconds to play in the third quarter to give the Cardinals (2-1) the lead for good, 32-28.
Valero then scored from the 8-yard line less than two minutes into the fourth quarter and Anthony Pena scored two of his game-high five TDs to cap the scoring.
The Cardinals’ three-back set wore down the Heralds (0-3). Richard Bailey also scored on a 61-yarder.
Pena rushed for 198 yards on 14 carries. He scored on runs of 41, 20, 3, 35 and 15 yards.
Heralds quarterback Cooper Hughes threw three TD passes. 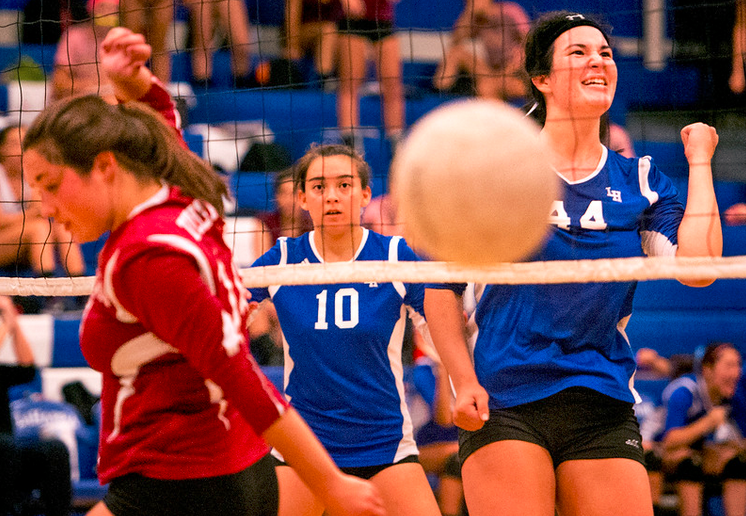 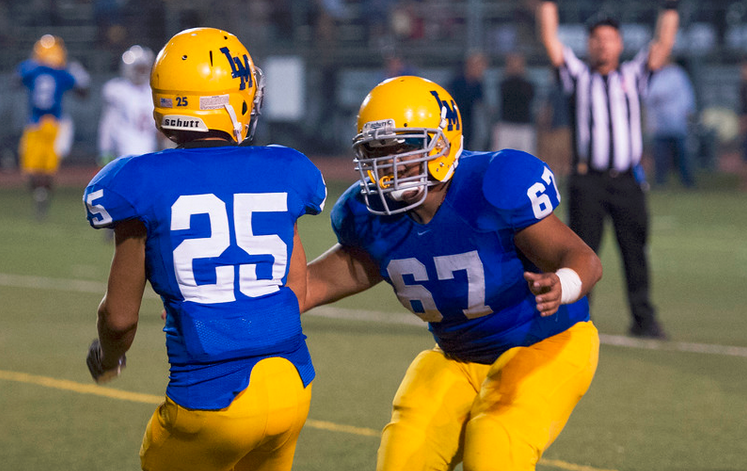 The second week of the prep football season saw two of the top teams in the area score signature wins. La Mirada, fresh off a win over Orange County power Tesoro, did the same to Charter Oak with a 48-28 victory to improve to 2-0. La Habra, which lost to El Toro last week, rebounded with one of its most-lopsided wins ever, destroying South Hills, 61-0. Other notable wins Friday by area teams were St. Paul improving to 2-0 with a 24-15 win over Warren; Schurr over El Monte, 35-6, and Cantwell Sacred Heart over Western Christian, 28-0. California and El Rancho took steps back with losses.

GAME OF THE WEEK
La Mirada 48, Charter Oak 28
LA MIRADA — What a difference a year makes.
A week after edging highly rated Tesoro, the La Mirada High School football team proved that result was no fluke by routing Charter Oak 48-28 on Friday.
The Matadores, who went 4-7 last season despite high expectations, are now 2-0 with two quality opponents as victims. Charter Oak fell to 0-2
Quarterback Christian Lara, a transfer from Santa Fe, threw for 176 yards in the first half and sealed it with two quick throwing TDs in the second half.
— Aram Tolegian @aramtolegian on Twitter 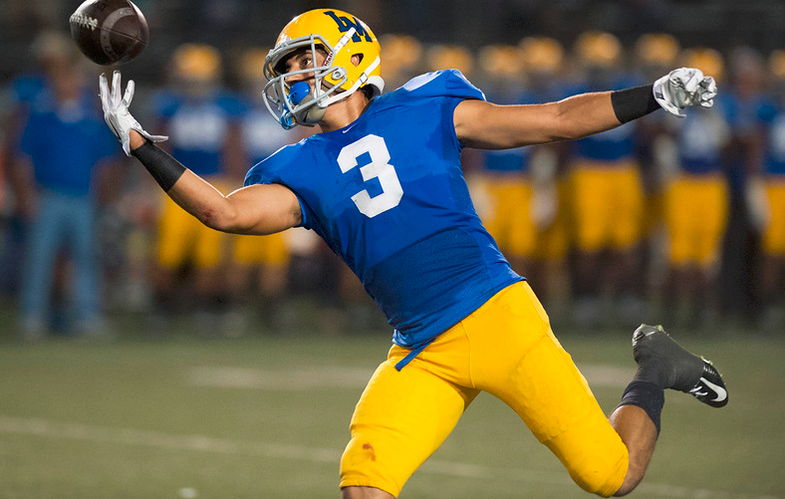