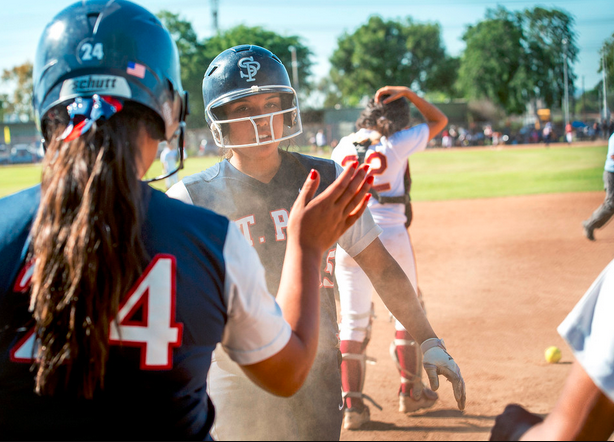 MONTEBELLO — St. Paul and Cantwell Sacred Heart of Mary high schools advanced to respective CIF-Southern Section softball championship games last season. But the gap between the two area schools seems to be a bit wider this season.
Niko Walker had three hits and two RBIs and Myranda Bueno had two hits and three RBIs to lead the Swordsmen to a 12-0 victory over the host Cardinals on Thursday in a Del Rey League game.
Sydney Kreimann, Gabby Walker and Jacilyn Candelas also had two hits each for the St. Paul, which improved to 10-4 overall and 3-0 in the Del Rey League. Cierra Amarillas had two hits for Cantwell, which slipped to 5-4 and 1-2.

St. Paul’s Niko Walker: “This is our first time playing Cantwell. We scrimmaged them last year and we tied, so I thought it would be a tough game. We didn’t come out scoring right way, but once we finally started hitting it wouldn’t stop. We just had to adjust to the pitcher (Jackie Vargas). Once we did, everyone started hitting hard.”

Cantwell’s Cierra Amarillas: “We were going steady for a couple of innings and then had a couple of errors and we got down on our self. It’s tough, but we’re just not playing to our ability right now.”

Softball
La Mirada 3, Glenn 0 — Pitcher Valerie Alvarado shut out the Eagles as the Matadores (4-5) kicked off Suburban League play with a win.

Baseball
Montclair 9, Montebello 8 — Andrew Jimenez went 3 for 4 with four RBIs and a double and Adam Rubio went 3 for 5 with two RBIs and a triple for the Oilers (4-7,2-0), but it was not enough in the Cougars Classic loss. 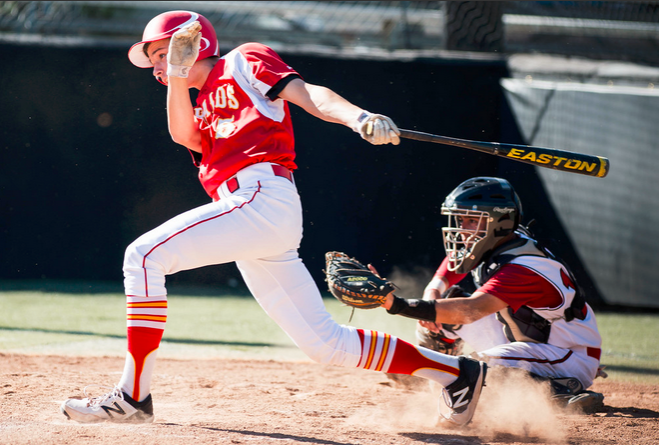 TUJUNGA — Village Christian High School believes it’s never out of a baseball game.
It showed why Tuesday.
Cameron Wetherby’s RBI single scored Josh Argarin and the host Crusaders rallied for three runs in the bottom of the seventh inning to score a 4-3 victory over Whittier Christian in an Olympic League game at Tujunga Little League Fields.
Ryan Whisenant also had a two-run double for Village Christian, which improved to 6-5 overall and 2-0 in league play. Trevor McGee had two hits and a RBI for the Heralds, who slipped 7-4 and 1-1.

Village Christian’s Cameron Wetherby: “I just tried to stay within myself and square up and hit the ball hard. We’re trying to get a win out here. When I saw the hit I was happy. It says a lot about what we do. This isn’t the first time we’ve been behind. We always compete the whole game and never give up.”

Whittier Christian’s Trevor McGee: “We definitely can beat them. They found some holes. We just have to respond back somehow.”