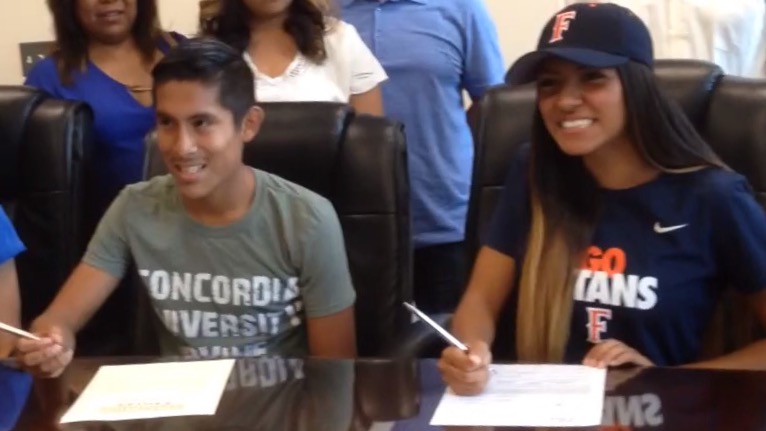 WHITTIER — California High School’s Sam Bautista has arguably been the area’s top distance runner the past few seasons, and the senior received his just rewards for his effort Thursday.
Bautista, along with teammate Stephanie Cortez, signed letter of intents to Concordia University, of Irvine, and Cal State Fullerton, respectively, in a ceremony at Cal High.
Bautista was the Whittier Daily News Runner of the Year this past fall. He won the Del Rio League championship and placed 32nd in Division 1 at the CIF-Southern Section cross country finals at Mt. SAC.
Concordia currently competes in the Golden State Athletic Conference in NAIA, but the school is transitioning to NCAA Division II.
“MY decision to attend Concordia was really simple,” Bautista said. “I went to go visit and fell in love with the campus, and how they emphasis mainly in God. I’m very religious. I put God first in everything, and that school is the same way, so it’s perfect for me. I felt right at home, there.”
Cortez was first team all-area this past fall. Cal State Fullerton competes in Division I and the Big West Conference. She said her decision weighed heavily on academics.
“I chose Fullerton because they have one of the best Kinesiology programs,” Cortez said. “I’ll be right at home and close by to my parents and family. Having that support group by my side is awesome.”
Teammates Ilse Cacho and Alex Trejo are expected to sign in the next few weeks with Holy Names, of Oakland, and UC Irvine, respectively. 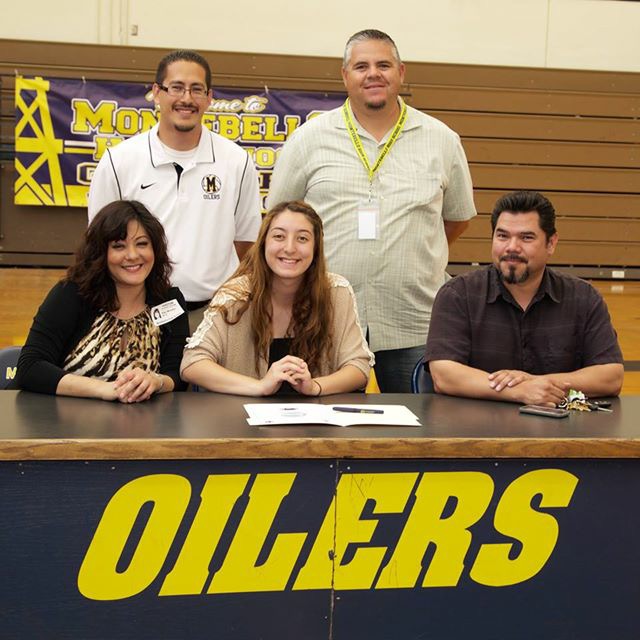