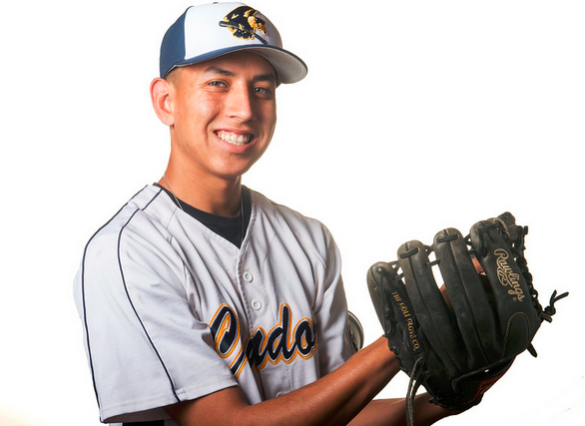 By Steve Ramirez
Daniel Alvarez has arguably been the top pitcher in the area the past few seasons.
He saved the best for last.
Alvarez was again No. 1 in the area, while also adding some big-time moments when the Condors needed it most. For his efforts, the senior is the Whittier Daily News Baseball Player of the Year.
Alvarez was also selected to the Louisville Slugger All-American Team for the second consecutive season.
“I like when (the pressure) is on me,” Alvarez said. “I like coming in a close game. I like helping my team win.”
He did that often for California this spring. The senior, who was 14-4 during his sophomore and junior seasons, went 10-2 with a 0.86 ERA in helping the Condors to their fourth consecutive Del Rio League title and a second straight trip to the CIF-Southern Section Division 4 semifinals.
Alvarez, who also had 119 strikeouts in 90 innings, came up big in the postseason, including getting a key save in a 2-1 victory over Santa Ana Calvary Chapel in the second round. He also had two shutouts and won his final six decisions.
“We came in this year knowing we could do big things,” Alvarez said. “We made it to the semifinals (last season), so we came into this season … we felt confident we could do it again. We made it happen.”

Now Alvarez will concentrate on the next level, which has him ticketed for major college baseball with UC Irvine, and perhaps a future in pro baseball.
“It’s amazing,” Alvarez said. “All my life I’ve been preparing for this. Now that I can take a step closer to my goal, it’s amazing. It’s a good feeling.”
COACH OF THE YEAR
TONY NIETO, CALIFORNIA 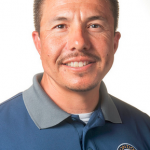 Tony Nieto, along with long-time assistant coach Jeff Ramirez, has built the Condors into an area power the past few seasons.
California finished 26-6 and won it’s fourth consecutive Del Rio League title this season. The Condors also won the league for the sixth time during the past seven seasons. The Condors advanced to the CIF-Southern Division 4 semifinals for the second consecutive season.

“We had an exciting and memorial season,” said Nieto, who finished his 13th season at Cal. “It was a big task of myself and the rest of the coaching staff to get back to what we wanted, which was to win another Del Rio League title for the fourth year. But we felt with the pitching we had and a few key pieces back, we could make a deep run in the playoffs. The key was we got off to a great start and we made a great run over the past 10 games.’
JONPAUL SARRO, PITCHER, SONORA, SENIOR 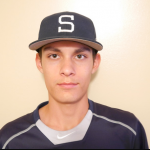 Sarro was a key to the Raiders winning another Freeway League title and a third consecutive trip to the CIF-SS quarterfinals. He went 11-4 with a 1.35 ERA, with the 11 wins ranking tops in the area. He also had 78 strikeouts in 82 innings.
JAKOB JOHNSTON, PITCHER, CALIFORNIA, JUNIOR 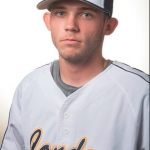 Cal’s strength on the mound did not start and end with Daniel Alvarez. There was also Johnston, who would have been a No. 1 starter on most teams in the area. He went 10-2 with a 1.37 ERA. The 10 wins tied him for No. 2 in the area behind Sonora’s JonPaul Sarro and even with Alvarez.
COOPER HUGHES, CATCHER, WHITTIER CHRISTIAN, SENIOR 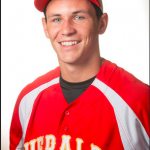 Hughes keyed the Heralds run to the playoffs. He was solid behind the plate and ranked among area leaders on offense. Hughes hit .376 with 21 RBIs. He was first team All-Olympic League.
JAKE ROSANDER, INFIELDER, SONORA, SENIOR 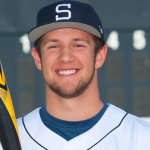 Rosander was the offensive key for the Raiders, who won the Freeway League and advanced to the quarterfinals for the third consecutive season. He was a tough out in the middle of the lineup, hitting .381 with 22 RBIs.
ALEX GONZALEZ, INFIELDER, CALIFORNIA, SENIOR 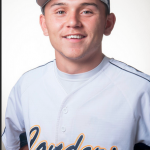 Gonzalez helped the Condors both in the field and at the plate. He was one of the top fielding shortstops in the area while also providing a late spark at the plate. He finished with a .286 batting average and had 14 RBIs and scored 24 runs.
ETHAN LOPEZ, INFIELDER, LA MIRADA, SENIOR 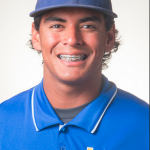 Lopez combined solid defense with one of the top bats in the area. He helped the Matadores recover from a slow start to make the playoffs. Lopez hit .374 with 19 RBIs. He also scored 19 runs and had nine doubles. He signed with Hawaii.
STEVEN GENERA, INFIELDER, WHITTIER, SENIOR 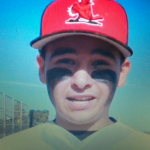 Genera was a key to the Cardinals’ turnaround, which saw them recover from a last-place finish in 2014 to the playoffs this season. He hit .422 with 21 RBIs.
MIKE ELLIOTT, OUTFIELDER, CALIFORNIA, FRESHMAN 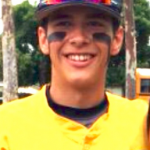 Elliott was the top newcomer in the area. He also played a part in the Condors winning another Del Rio League title and a second trip to the semifinals. He hit .313 with 22 RBIs. Elliott scored 22 runs and also had two saves.
RJ LAN, OUTFIELDER, LA MIRADA, SOPHOMORE 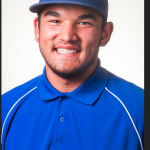 Lan is one of the top young players in the area. He helped La Mirada win 14 of its final 21 games to make the playoffs. Lan hit .317 with 19 RBIs. He also scored 25 runs and had five home runs and eight doubles.
ELI LEDESMA, OUTFIEDLER, SENIOR 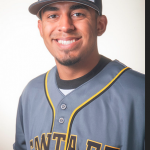 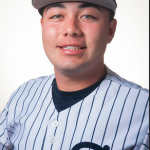