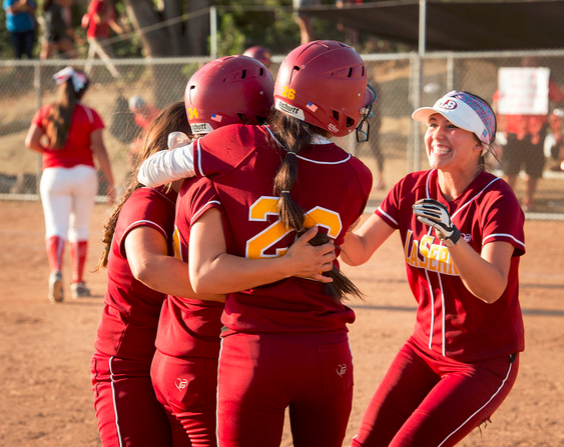 By Stephen Ramirez
steve.ramirez@langnews.com
@SteveRRamirez on Twitter
The CIF-Southern Section released the dates and times for this weekend’s division baseball and softball championship games on Wednesday,
Walnut, seeking its first baseball crown since 1982, will face Redondo at 1 p.m. on Saturday at San Manuel Stadium in San Bernardino. Temple City and Flintridge Prep, seeking their first baseball titles, will play at 7 and 3:30 p.m., respectively, on Saturday at UC Riverside. The Rams, who beat Rio Hondo League rival Monrovia on Tuesday, faces Hemet for the Division 5 championship, with the Rebels facing St. Anthony for the Division 6 title.
The La Serna softball team, which advanced to the championship round for the second consecutive season, faces Grand Terrace at 4:30 p.m. on Friday at Barber Park in Irvine.
Walnut (21-7) has made an incredible run to try to secure its second baseball crown. The Mustangs have won 19 consecutive games, including shocking previously undefeated San Dimas in Tuesday’s semifinals. The Saints had won their first 31 games and were ranked No. 1 nationally by USA Today. Walnut was last in the CIF finals in 1982, beating Mira Costa, 4-0. Redondo is 28-7. The Sea Hawks shared the Bay League title with Mira Costa.
Temple City is 18-9 and has made a surprising run after finishing third in the Rio Hondo League. The Rams last appeared in the title game in 2012, losing 4-0, to Palm Desert for the Division 4 championship. Hemet, which beat Woodcrest Christian in the semifinals, is 22-8 and has made the finals after finishing second in the Mountain Pass League.
Flintridge Prep is also a surprise entrant into the finals, rallying from five runs down to beat Salesian, 10-9, in the semifinals. The Rebels (16-12) are in the championship game for the first time since 1951 when it lost a Northern Group title game to Santa Clara. St. Anthony is 18-10 after beating Buckley, 10-5, in the semifinals.
La Serna is arguably the only area team of the four in the title round who expected to be here. It’s been the chief goal for the Lancers all season after losing to St. Paul in the title game last season. La Serna (25-6), the No. 2 seed, is seeking is fourth section title after winning crowns in 1996, 2001 and 2008. Grand Terrace, which beat Gahr, 4-3, in the semifinals, is the top seed and is 26-3. 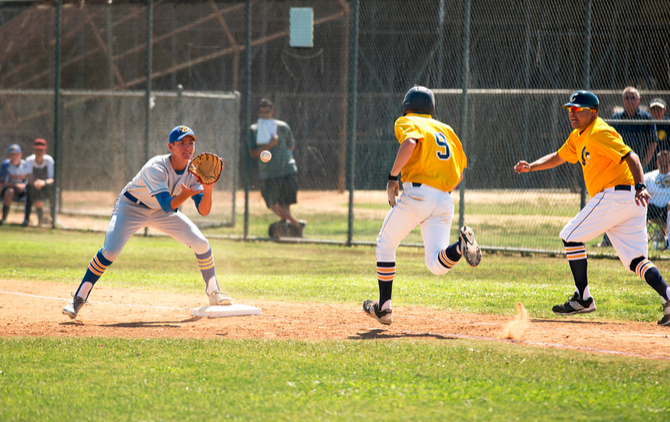 WHITTIER >> Serrano High School’s dream season will get a chance at a Cinderella ending.Daniel Brodie had two hits and knocked in the go-ahead run to highlight a four-run fifth inning as the Diamondbacks advanced to the CIF-Southern Section baseball championships for the first time in decade with a 4-1 victory over host California in a Division 4 semifinal on Friday.Pitchers Saxon Andross and R.J. Peace combined on six-hitter and 11 strikeouts for Serrano, which improved to 22-7 and advanced to face South Torrance in Saturday’s title game at San Manuel Stadium in San Bernardino. The CIF office will announce the time today.Anthony Hernandez and Alex Gonzalez had RBIs for top-seeded California, which finished 26-6. It was the second consecutive trip to the semifinals for the Condors.Serrano, trailing 1-0, finally got to Condors starter Jake Johnston in fifth. Vinnie Vildosola tied it at 1 with a double before Brodie singled for the 2-1 lead. Austin Taylor then walked with the bases loaded to make it 3-1 before Andross hit a RBI ground out for a 4-1 lead.California, which rallied for a 4-1 victory over San Gorgonio in the quarterfinals last Friday, didn’t quit. The Condors, getting an error, walk and bunt single, cut it to 4-2 in the sixth on a bases-loaded walk to Gonzalez.But Peace, who replaced Andross in the inning, induced Jake Carmichael to ground out to end the threat.California then put runners on first and second with one out in the seventh following singles by Eric Sotelo and Mike Elliott. But Peace struck out Daniel Alvarez and Hernandez to end the game.

Cal coach Tony Nieto: “We fought to the end. We were knocking on the door. What else can you ask for from a championship-caliber team, which is to go down swinging, which is what we did. We were one hit away in the sixth inning and one away in the seventh inning. If we get it, we’re doing the dog pile and going to San Bernardino. But that’s baseball. We (missed on) our opportunities.”
SOFTBALL
LA SERNA 1, BISHOP AMAT 0Liz Brautigam had a RBI single in the fourth and Jamie Wren shut out the Bishop Amat to La Serna back into the Division 3 title game. La Serna lost to St. Paul in the championship game last season. 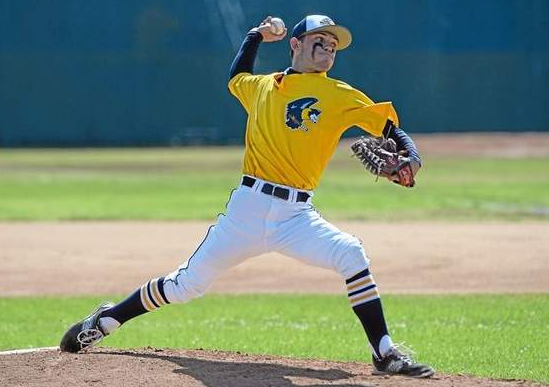 California’s Jakob Johnston gets the call Tuesday when the Condors host Serrano in a CIF-SS Division 4 semifinal game. California is seeking its first trip to the finals since 2000 (Photo by Keith Birmingham/ Pasadena Star-News)

Pitching depth has been the strength for the California High School baseball team all season, and it will be the key trait if the Condors are to advance to the CIF-Southern Section finals for the first time since 2000 on Tuesday.California (26-5), which is in the semifinals for the second consecutive season, will turn to No. 2 starter Jakob Johnston when it hosts Serrano in a Division 4 semifinal, with the winner advancing to Saturday’s championship game at San Manuel Stadium in San Bernardino. Game time is at 3:15 p.m. Johnston has shown the ability of most team’s No. 1. He’s 10-1, with a 1.05 earned run average. The junior is also coming off a solid outing in the second round, giving up one hit in five innings in a 2-1 victory over Calvary Chapel Santa Ana.The Condors, who rallied for a 4-1 victory over San Gorgonio in the quarterfinals, also look to freshman Mike Elliott, who is hitting .313 with a team-high 22 RBIs, and senior Luis Murillo and junior Andres Hernandez, who each had 16 RBIs.
— Stephen Ramirez
DIVISION 4 SEMIFINALS
Serrano at Cal, 3:15 p.m.

La Serna is one step away from getting a second chance at a title it felt it left on the table last season, losing to region rival St. Paul in the Division 3 championship game.It will have an equal challenge today in this battle of Lancers. Bishop Amat (20-7) finished second to St. Paul in the Del Rey League and has been steady in the playoffs, scoring wins over San Jacinto (4-1), Burbank (4-3) and San Clemente (3-1).Amat is led by junior Alyssa Barrera and Miranda Larios, who had 30 and 25 RBIs respectively. Samaria Diaz is expected to get the call in the circle. She is 8-6 with a 2.46 ERA.La Serna, the division’s No. 2 seed, has been Amat’s Kryptonite the previous two seasons, ending Amat’s season in 2013 and 2014 with playoff victories.La Serna (24-6), which rallied for a 3-2 win over Redondo in the quarterfinals, is led by senior Jamie Wren. She is 23-3 in circle with a 1.14 ERA. She is also the team’s top offensive weapon, hitting .479 with a team-high 34 RBIs.La Serna, which features one of the division’s deepest lineups, also looks to sophomore Dominique Mejia, who has 25 RBIs; Jelli Lopez, who has 21, and Tori Ayala, who has 20.
— Stephen Ramirez