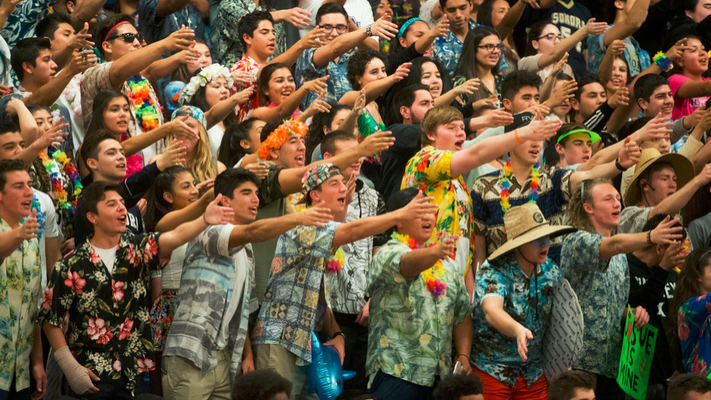 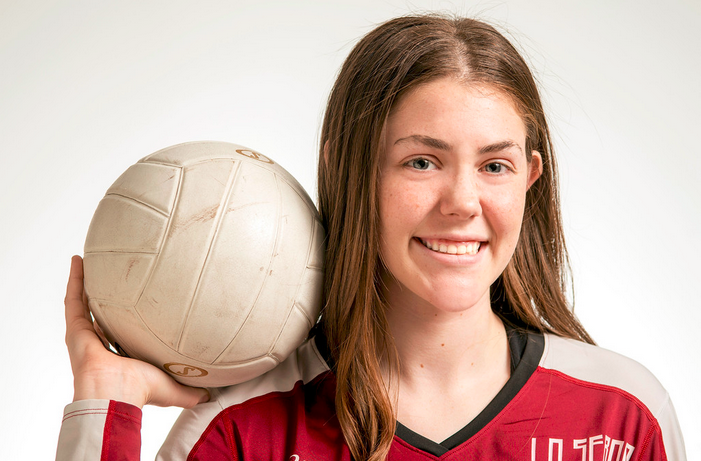 PLAYER OF THE YEAR
LAURA BUTLER
La Serna, senior outside hitter
It’s a world of different between playing libero and outside hitter. But deep down in her heart, Laura Butler has longed to be a libero on the volleyball court.
“I always wanted to be a libero,” she admits.
But she never got the role. Butler, who started her high school career as a middle blocker, found herself as one of the most explosive outside hitters in the Whittier area. Her play earned her Athlete of the Year honors.
That switch from middle to outside , after her sophomore season, allowed her to play her inner libero.
“You rarely see middle blockers play in the back, so at first, I was shocked to be there because I like playing back row,” she said. “I love it.”
But Butler loves hitting, too. She had 348 kills this season, ranked 22nd in the CIF Southern Section. She also had 28 blocks and 52 aces.
But that inner libero? She had 493 digs, ranked seventh in the CIF-SS.
The Lancers went undefeated in Del Rio League play for the eighth consecutive year and Butler was named the league MVP.
The Lancers defeated La Mirada and El Segundo in the Division 3AA playoffs before falling to Quartz Hill in the quarterfinals.
“I think I did better in CIF,” she said. “I do better under pressure. When you get to CIF, there is no fooling around. That’s why my stats were better in CIF.”
Butler, who is considering playing at NCAA Division III La Verne, was the team captain her junior and senior year.
“Last year I’m not sure I fit into the role, but I felt prepared to the lead team this year,” she said. “We had so much talent. The one main goal was we really wanted to mesh. I think overall our total success came in not knowing each other super well to really well at the end of the summer. We were all sisters.”
COACH OF THE YEAR 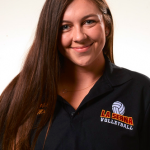 Monique Gayton,
La Serna
Monique Gayton is on a five-year run she never wants to end.
Gayton has been the Lancers’ girls volleyball coach for the last five years and La Serna has never lost a Del Rio match. In fact, the Lancers have won 80 consecutive matches dating back to 2008.
“We had a lot of seniors, including one who was All-CIF (Butler),” she said. “It was just an awesome season.”
Gayton has a 101-31 record in her five years, including a 24-6 mark this season, to earn Coach of the Year honors. The Lancers reached the quarterfinals of the CIF-SS playoffs.
FIRST TEAM
Katie Engle, 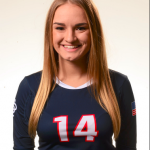 St. Paul, senior, libero
The defensive heart of the Swordsmen has been with Engle for four years. He has led St. Paul in digs each season. This year she had 358, averaging 13.8 per match.
Of the services that St. Paul received, Engle returned one-fifth of the balls.
“I like to think that passing is the first time you touch the ball first, so I tried to set the tone for our offense,” she said. I had to have a lot of patience this year because it was a lot different than I was used to.”
The Swordsmen added seven freshmen, but they still won their fourth consecutive Camino Real League title, although this year it was a three-way tie.
She may play at Whittier College next season.
Annai Jimenez, 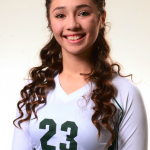 Pioneer, senior, outside hitter
The Titans are surging and Jimenez was a big part of that improvement.
Pioneer had its first winning season in more than a decade last year and had its best Del Rio League finish in more than a decade, finishing tied for second with a 7-3 league record. Pioneer went 10-10 this season.
“It was really big to get to the playoffs,” Jimenez said. “It meant a lot. My season went pretty well overall. Being the captain and one of the starters was pretty good.”
Aubrey Lopez, 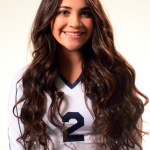 California, senior, libero
Lopez wanted to be where the action was.
“I feel playing libero is where the most action and I like getting the hits and getting the ball to the the passer,” she said.
She was the Condors libero for three years and helped California to a second-place finish in the Del Rio League, 13-9 overall. California went to the playoffs all of her years.
“My senior year was really memorable,” she said. “The team was really connected and we backed each other up no matter what. Our coaches were there to support us and to correct or mistakes.”
Molly Patapoff, 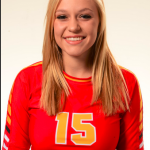 Whittier Christian, senior, libero
The rock of the Heralds’ defense was Patapoff.
The senior led the CIF-SS in digs with 638, which ranked her 10th in the state. She was the MVP at the Tustin tournament and helped Whittier Christian to a 10-0 start. The Heralds finished third in the tough Olympic League.
The Heralds swept Calvary Chapel on the road in their first CIF-SS Division 2AA match before falling to South of Torrance.
Patapoff had 55 aces and successfully returned more than one-third of the Heralds’ opponent’s serves.”
Mandy Sides, 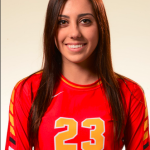 Whittier Christian, senior, outside hitter
The senior finished her career on a high; getting 22 kills against the best middle blocker she faced all season, although the Heralds fell in four games to South of Torrance in the CIF-SS Division 2AA second round.
“I’m happy how I played this year,” she said. “It was a lot better than I had played before. We did a lot better than I expected from the beginning of the year.
She had 344 kills, ranked tied for 24th in the CIF-SS. She also had 50 aces.
Hannah Tostado, 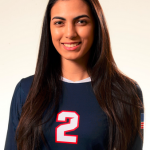 St. Paul, sophomore, middle blocker
The Swordsmen struggled early because of an infusion freshmen, but Tostado was consistent throughout the season.
She had 142 blocks for the season, second-best in the CIF-SS and 14th-best in the state. She also had 370 kills and a .520 hitting average, one of the best percentages in the section.
“I improved a lot,” she said. “I’ve been hitting well and blocking well and I thank my coaches for it.”
She also served 50 aces.
Isabelle Von Lockner, 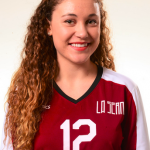 The No. 2 player turned into a No. 1 standout in the Del Rio League again.
La Serna High School’s Kallysta Lopez played No. 2 singles the entire season during team tennis play. The Lancers won the league championship.

Boys soccer
La Habra 1, Bishop Amat 1 — Cesar Ortega scored a goal with an assist from Christian Bribesba for the Highlanders (2-0-2) in a nonleague draw.

Boys basketball
El Rancho 68, Charter Oak 55 — Noah Losoya had 25 points to lead the Dons (6-4) to place third at the Azusa Tournament. Tahji Bell had 12 points for Charter Oak (3-2). Bell was an all-tournament selection.