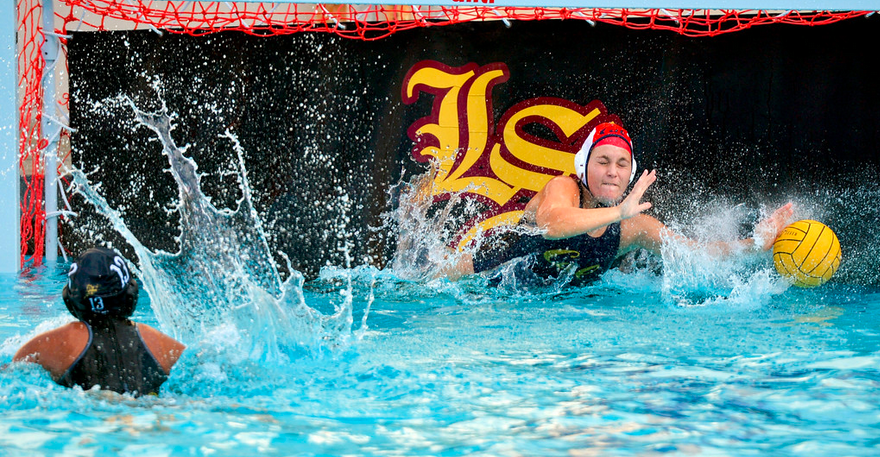 WHITTIER — La Serna High School has been the dominant girls water polo team in the Del Rio League since 2010 and that’s not changing this season.Carissa Perez scored seven goals and Bryanna Santis had six as the host Lancers clinched at least a share of the league title with a 21-9 victory rival California on Tuesday.
Bella Villa also had three goals for La Serna, which improved to 11-12 and 4-0 in the Del Rio League. The Lancers haven’t lost a league game since 2010. La Serna, which ends the league season vs. El Rancho next week, is ranked No. 7 in CIF Southern Section Division 3 this week.
McKenna Imset had four goals for California, which slipped to 13-5 and 3-1.
La Serna all but put it away by halftime, getting six goals each from Perez and Santis to lead 16-15 after two quarters.
La Serna’s Carissa Perez: “It feels amazing to make the school happy and keep (the league win streak) alive. It’s good for the girls and all of us were very hyped for this game. We knew it was going to be a competition, and I’m glad all of us came together as a team and scored.”