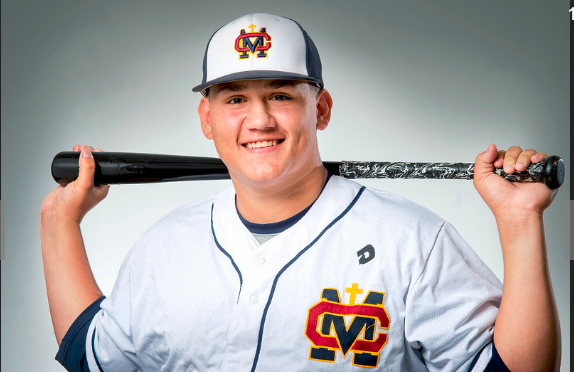 Cantwell-Sacred Heart of Mary High School enjoyed a season for the ages this spring.
The Cardinals’ success, which included going 28-5 and advancing to the CIF Southern Section divisional finals for the first time in school history, was created by several factors. But none more important than the emergence of senior Andrew Quillen, who was solid on the mound and at the plate and helped keep together a youthful group through unchartered waters.
For his efforts, Quillen is Whittier Daily News baseball player of the year.

“He just grew and grew and grew,” said Larry Patino, who coached CSHM the past three seasons before moving to Warren after this season. “As far as chemistry, he was kind of the clown on the team; the guy that kept everything loose.
“Then halfway through the season he just got focused and everyone followed him. It was awesome to see his growth.”
It was a long road to become the team’s ace and leader. It started with a troubled sophomore year where he had to adopt to Patino’s coaching style. It continued despite missing all of last season because of an injury.
“It was hard,” Quillen said. “I couldn’t pitch all year and I felt if I could, we could have won a couple of more games. This year, I was able to pitch and I kind of proved that.
“It meant the world to me to come back. Not being able to pitch and knowing that we could have won more games last year tore me apart. I was just happy I was able to be on the mound this year.”
He shined this season. He got some key wins against St. Monica and Mary Star during the league season and got CSHM’s playoff run going with a victory in the opener.
He was also solid offensively, arguably the Cardinals’ second most-productive hitter. He batted .373 with 22 RBIs and scored 13 runs.
He was a key part of CSHM’s late-season run, which included winning 13 consecutive games to advance to the school’s first title game, which it lost, 11-0, to No. 1 seed Woodcrest Christian.
“We had a great season,” Quillen said. “We fell short, but it was a great accomplishment for us.”
COACH OF THE YEAR: LARRY PATINO, CANTWELL-SACRED HEART OF MARY 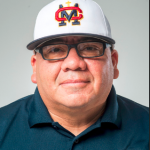 Patino, who recently resigned to become the co-head coach at Warren, changed the culture at CSHM, taking the Cardinals to the CIF-SS playoffs each of his three seasons. This spring was the best of all. The Cardinals went 28-5, won their second Camino Real League title in three seasons and advanced to the CIF-SS finals for the first time in school history.
CSHM recovered from a mid-season loss to league rival Bishop Montgomery to win 13 consecutive games to reach the Division 5 title game, losing to No. 1 seed Woodcrest Christian. The Cardinals also defeated eight league champions en route to the championship game.
For his efforts, Patino is Whittier Daily News coach of the year.
“As a coach, I’m really proud of the season my guys had,” Patino said. “As a group, it was a roller coaster from the summer to the end of the season.
“It was an amazing run. To see the growth of the players as a group — because they were all very talented — (was special). It wasn’t about who was doing what, but working together, trusting to each other … and all the magic just started.”
FIRST TEAM
PITCHER: JAKOB FARMER, CALIFORNIA, SENIOR 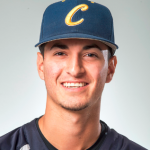 Farmer was part of the Condors one-two punch on the mound that keyed Cal’s run to a share of their fifth consecutive Del Rio League title and a third consecutive trip to the CIF-SS quarterfinals. He went 7-3 with a 1.03 ERA. The senior also had 73 strikeouts in 61 innings. He was first team All-CIF-SS Division 4 and first team All-Del Rio League.
PITCHER: SHAWN DUMSER, LA MIRADA, SENIOR 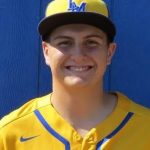 Dumser was dominant in helping the Matadores to a 23-8 record, a Suburban League title and the CIF-SS quarterfinals. The senior went 9-2 with a 0.83 ERA. He also threw a no-hitter against Lakewood in March. Dumser was first team All-Suburban League.
CATCHER: JARED THOMAS, CANTWELL-SACRED HEART OF MARY, FRESHMAN 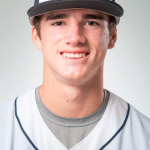 Thomas was part of the big three — brother Zachary and Quillen — for the Cardinals, who put together arguably the best season in the program’s history. He hit .422 with a team-high 24 RBIs and scored 25 runs to help CSHM win its second Camino Real League title in three seasons and advance to the CIF-SS divisional finals for the first time, losing to Woodcrest Christian. Thomas was first team All-CIF Division 5 and All-Camino Real League.
INFIELDER: JOSE MACIAS, MONTEBELLO, SOPHOMORE 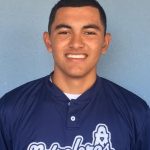 Macias transferred to the Oilers from Mexico and made an immediate impact to help Montebello win its second consecutive Almont League crown and advance to the CIF-SS divisional semifinals for the first time in four decades. He hit .509 with 21 RBIs and scored 17 runs. The first baseman also had 11 extra-base hits, including seven doubles. He was All-CIF-SS Division 4 and first team All-Almont League.
INFIELDER: EDGAR VELASQUEZ, MONTEBELLO, SENIOR 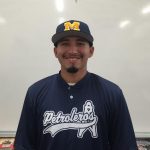 Velasquez was a double threat for the Oilers, who won their second consecutive league title and advanced to the CIF-SS semifinals for the first time in four decades. He was one of the area’s better pitchers, going 10-2 with a 2.14 ERA and had 72 strikeouts in 75 innings. Offensively, he hit .372 with 16 RBIs and scored 10 runs. He also had nine doubles. He was All-Almont League.
INFIELDER: KEVIN KENDALL, LA MIRADA, JUNIOR 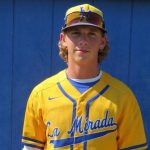 Kendall showed why he is a UCLA commit while helping La Mirada to the CIF-SS quarterfinals for the second time in three seasons. He hit .453 with 30 RBIs and scored 28 runs to help the Matadores go 23-8, which included winning the Suburban League title. He had eight extra-base hits, including four triples. He was first team All-CIF-SS Division 2 and first team All-Suburban League.
INFIELDER: ZACHARY THOMAS, CANTWELL-SACRED HEART OF MARY, SOPHOMORE 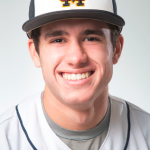 Thomas, like his brother and Quillen, played a big role in the Cardinals winning their second league title in three seasons and advancing to the CIF-SS finals for the first time in school history. Thomas hit .447 with 21 RBIs and scored 22 runs. He also was a solid option on the mound. He was first team All-Camino Real League, helping CSHM to a 28-5 record.
OUTFIELDER: JONATHAN SANCHEZ, SCHURR, SENIOR 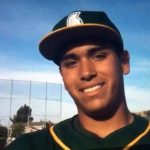 Sanchez helped the Spartans to another solid season, which included a second-place finish in the Almont and a spot in the CIF-SS playoffs. He hit .391 with 29 RBIs and scored 21 runs. Sanchez also had 16 extra-base hits, including 10 doubles. He was first team All-Almont League.
OUTFIELDER: VINCENT FUENTES, EL RANCHO, SENIOR 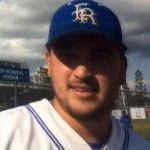 Fuentes keyed the Dons run to the quarterfinals for the second time in four seasons. He is the all-time career wins leader at El Rancho with 21 victories after going 10-4 with a 1.58 ERA. He hit .281 with 13 RBIs and scored eight runs. He also had 14 extra-base hits, with 12 doubles.
OUTFIELDER: ROBERT LUCIA, SANTA FE, SENIOR 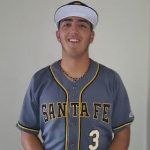 Santa Fe enjoyed its best season in two decades and Lucia played a pivotal role in the Chiefs earning a share of their first league title since the early 1990s and advancing to the CIF-SS quarterfinals. On the mound, Lucia went 8-2 with a 1.25 ERA. He also hit .364. Lucia was Del Rio League MVP and first team All-CIF-SS Division 4.
UTILITY: JAKOB GONZALEZ, LA MIRADA, SENIOR 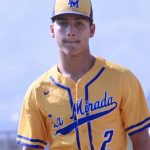