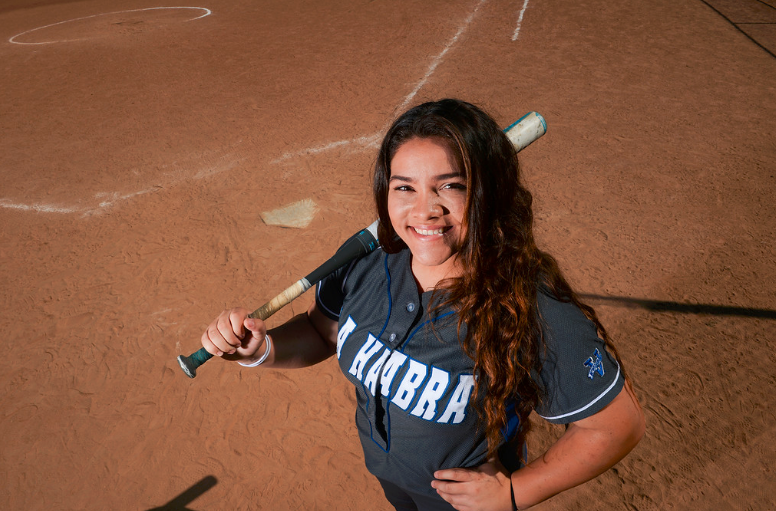 By Stephen Ramirez
La Habra’s Janelle Rodriguez began the season as one of the top dual-threat players in the area.
An injury took away part of her game halfway through 2016, but like most elite athletes, she found away to adapt, helping the Highlanders become one of the top teams in the state.
For her efforts, Rodriguez is 2016 Whittier Daily News softball player of the year.

“Janelle was one of the leaders for this team,” La Habra coach Steve Harrington said. “(She) is going to find a way to contribute and be successful no matter what she plays,”
The junior, who has committed to Cal State Fullerton, did that often this season. Before re-suffering a back injury, she was one of the top pitchers in the area, winning 11 of 12 games with a 1.44 ERA. She also had 71 strikeouts in 63 innings.
But after the injury pushed her out of the circle, she still found a way to contribute, hitting .321 with 14 RBIs. Rodriguez also had some big hits to keep the Highlanders ranked in the state top 5 for much of the season.
“I knew I couldn’t make it (in the circle) to help my team,” Rodriguez said. “But we had Hannah Johnson and Harley Wells (to step in), They both were amazing in the circle for us. They kept (the scores) down. I knew since I couldn’t make it work (in the circle), I had to come up with my bat and on the field, playing third. I pretty much stuck to what I was taught (and performed).
“I’ve always been a good hitter and played other positions (other than pitcher), so there really (wasn’t an adjustment).”
Rodriguez came up big in the playoffs to help La Habra advance to the CIF Southern Section semifinals for the third time in five seasons, but their first since 2013. She had a home run and four RBIs in an 8-4 victory over Redlands East Valley in the second round.
The Highlanders, who lost in the Division 2 semifinals to Valley View, enjoyed one of their better seasons, finishing 29-2, with 26 consecutive victories and another Freeway League title. They also were ranked No. 7 in the state by MaxPreps.com.
“This season was unforgettable,” Rodriguez said. “It was my best season. Our team chemistry was amazing. Overall, it was amazing.
“Coach Harrington came in and he changed the whole softball environment for us. He was pretty much the reason we started winning. We made it work.”
COACH OF THE YEAR: STEVE HARRINGTON, LA HABRA 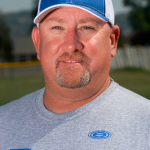 Steve Harrington was the X-factor for the La Habra High School softball team this season.
Harrington, in his first season with the Highlanders, took over one of the top programs in the area and transformed it into the one of the best of the state.
La Habra finished 29-2, won the Freeway League title and advanced to the CIF-SS Division 2 semifinals. The Highalnders, who won 26 consecutive games before being eliminated at Valley View in late May. They were ranked in the state top 10 for much of the season before finishing at No. 7. by MaxPreps.com.
For his efforts, Harrington in Whittier Daily News softball coach of the year.
“It was an incredible run,” said Harrington, who won a Division 2 title at El Modena in 2008 and a Division IV title at Chaminade in 1999. “The girls really transformed from what they were (in 2015). They really took to the system, played very well and played their hearts out. I was really proud of their accomplishment.
“I was really blessed to have talented athletes who were willing to learn and sacrifice their time for their school. It’s one of the best group of kids I’ve been associated with.”
FIRST TEAM
HANNAH JOHNSON, LA HABRA, JUNIOR, PITCHER 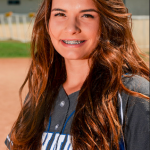 Johnson began the season as the Highlanders No. 2 pitcher but took over ace duties when a back injury limited Janelle Rodriguez. She didn’t let down, going 14-1 with a 0.98 ERA to help La Habra to the Freeway League title and advance to the CIF-SS semifinals. She also had 92 strikeouts in 100 innings and was All-Freeway League.
EMILEE LEONARD, ST. PAUL, SENIOR, PITCHER 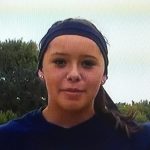 Leonard helped the Swordsmen to another solid season, which included a second-place finish in the tough Del Rey League. She went 12-5 with a 2.29 ERA. The senior had 97 strikeouts in 107 innings and beat rival Bishop Amat twice. Offensively, Leonard hit .300 with 10 RBIs and six doubles. She was first team All-Del Rey League.
NIKKI BUTLER, LA HABRA, SENIOR, CATCHER 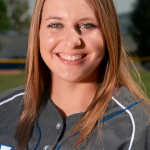 Butler, who signed with New Mexico State, was the glue that held the Highlanders together. She played a big role in La Habra being ranked in Cal-Hi Sports top 10 for much of the season en route to winning the Freeway League title and advancing to the CIF-SS semifinals for the third time in five seasons. She hit .321 with 16 RBIs and did not make an error. She was first team All-CIF-SS Division 2 and Freeway League MVP.
VICTORIA ALVAREZ, MONTEBELLO, JUNIOR, INFIELD 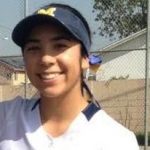 Alvarez was one of the top hitters in the area and played a pivotal role in the Oilers winning the Almont League title and being one of two area teams to reach the CIF-SS second round. The junior hit .468 with 34 RBIs and scored 36 runs. She led the area with 10 home runs. She had 28 extra-base hits. Alvarez was first team All-CIF-SS Division 5.
DOM MEJIA, LA SERNA, JUNIOR, INFIELD 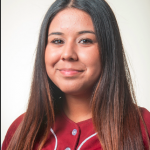 Meijia, one of the few holdovers from the Lancers’ 2015 CIF-SS championship team, was solid offensively and helped La Serna rebound from a slow start to win nine of their final 13 games to make the playoffs and finish second in the Del Rio League. Meija hit .412 with 23 RBIs and scored 11 runs. She also had 14 extra-base hits, including nine doubles.
MARISSA MONTESDEOCA, CAL, JUNIOR, INFIELD, INFIELD 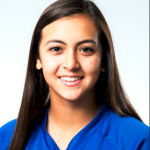 Montesdeoca led the Condors to their first league title in three seasons. She hit .446 with 15 RBIs and scored 14 runs. The junior also four doubles as the Condors went 16-13. They lost in the first round of the Division 3 playoffs. Montesdeoca was All-Del Rio League.
MADISON BOGDANOVICH, LA MIRADA, SOPHOMORE, INFIELD 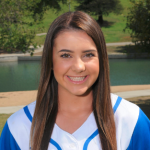 Bogdanovich played a big role in the Matadores earning a piece of the Suburban League title, La Mirada’s first since 2012. The sophomore, who also had some big clutch hits, hit .393 with 18 RBIs and scored 20 runs. She also had 11 extra-base hits, including five home runs. Bogdanovich was first team All-CIF-SS Division 3.
KIRA CAULEY, LA HABRA, JUNIOR, OUTFIELD 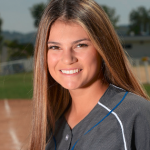 Cauley was the engine that made the Highlanders go and helped La Habra to the CIF-SS semifinals. She hit .479 with 18 RBIs and 17 stolen bases. The junior went 3 for 3 with three stolen bases and scored three runs in a 4-2 win over Rio Mesa in the quarterfinals. She was first team All-CIF-SS Division 2 and first All-Freeway League.
NIKKI BARROW, LA MIRADA, SENIOR, OUTFFIELD 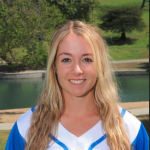 Barrow was part of the Matadores’ triple-threat, which also included Madison Bogdanovich and Marissa Velez. The trio paved the way for La Mirada to finish 17-13 overall and 9-3 in league play. She keyed one of the area’s best offensive attacks, hitting a team-high .407 with 10 RBIs and scored 21 runs. She was All-Suburban League.
NIA CARTER, ST. PAUL, FRESHMAN, OUTFIELD 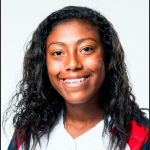 Carter filled the gap left open from 2015 graduations to help the Swordsmen to the playoffs. St. Paul finished second in the Del Rey League behind rival Bishop Amat, but it won 2-1 in the season series. Carter’s contribution was a .456 batting average to go along with 18 RBIs and scored 22 runs. She had nine extra-base hits and was first team All-Del Rey League.
HAILEY GALLEGOS, WHITTIER CHR., FRESHMAN, UTILITY 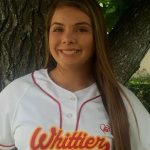