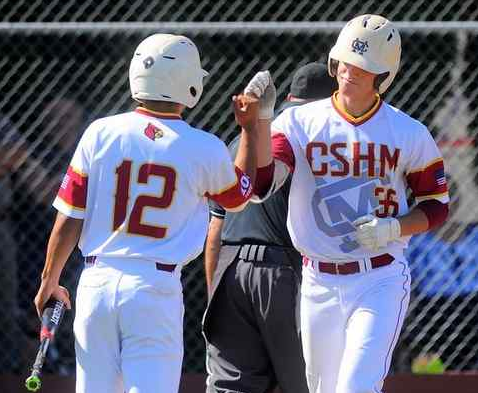 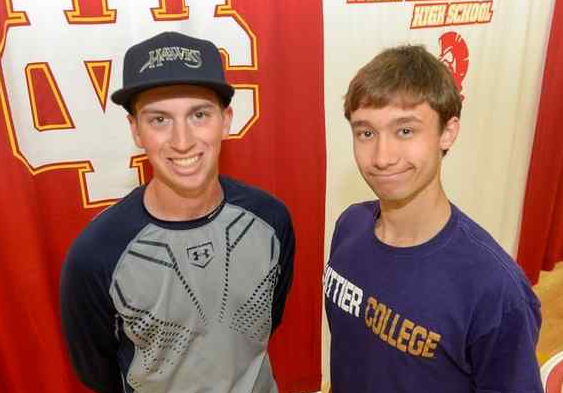 Softball
Whittier Christian 2, Maranatha 1 — Freshman Jaden Hernandez had a game-winning RBI for the Heralds (8-6), who won their Olympic League opener. Ally Udell was the winning pitcher, striking out seven and had a double and an RBI. The Minutemen (9-1) lost their first game of the season. 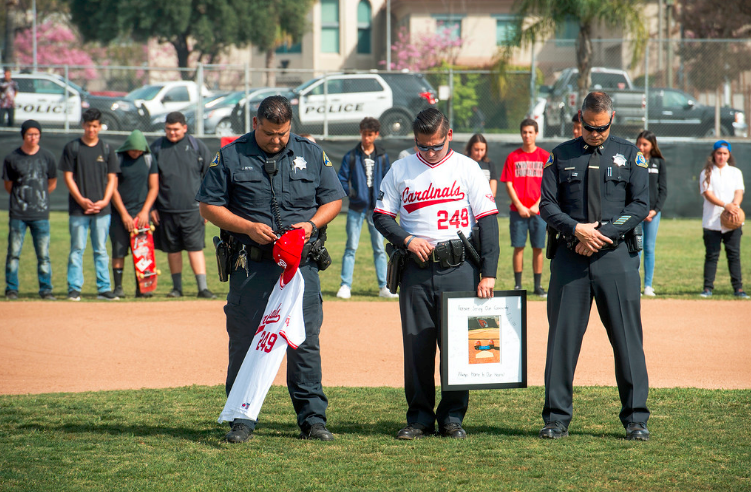 By Stephen Ramirez
WHITTIER >> Baseball took a back seat for Whittier and Santa Fe high schools Friday.
The two area teams paid homage to fallen Whittier Police officer Keith Boyer, who died in the line of duty on Feb. 20, prior to their Del Rio League opener at Whittier High.
Whittier held a pregame ceremony, which included a moment of silence for Boyer, a presentation of a Cardinals team jersey to the Whittier Police Department and Whittier Police officer Damien Velasco throwing out the first pitch.
Santa Fe rallied for a 5-2 victory in the game. But that mattered little to first-year Whittier coach Larry Patino.

“Today was a tough baseball game,” Patino said. “(Santa Fe) was the better team today. But I go home with my hair standing up because I’m really excited. We didn’t just play the game of baseball.
“We acknowledged the great man in Keith Boyer and for what he did for our community. I believe at the end of the day when it all settles, it’s about life and good people like him.”
In the game, Santa Fe scored four runs in the fifth to rally for the victory. Chiefs pitcher Isaiah Gonzales had two hits and tossed a five-hitter with five strikeouts to help the Chiefs put a 1-7 start to the season behind them.
“What we do with the preseason schedule is to prepare us for games like this,” Santa Fe coach Pierre Romo said. “Whittier is a tough team. We know they are going to be tough, but the boys keep battling. We’ve taken our lumps and today we were rewarded.”
Whittier (4-7) got RBIs from Alex Andueza and Ian Fregoso. Benji Avila pitched four shutout innings before being replaced due to a pitch-count limit.

Santa Fe, after falling behind 2-0, got consecutive singles from Jorge Centeno, Sergio Medrano and Matthew Garcia to cut it to 2-1 in the fifth.
Ruben Romero then followed with a two-run single for a 3-2 lead. Romero scored on an error to push it to 4-2.
Raul Ramirez had a RBI fly in the sixth for a 5-2 advantage.
Gonzales, after giving up two doubles and a single in the third to fall behind 2-0, gave up just two hits and a walk over the final four innings to get the win.
“I left a couple pitches on the plate and they capitalized,” Gonzales said. “When I got in the dugout, Romo said I needed to start working down. We just stuck to the game plan against them.
“This boosts are confidence. Going 1-7 was tough, but what we have is our heart and we continue to battle.” 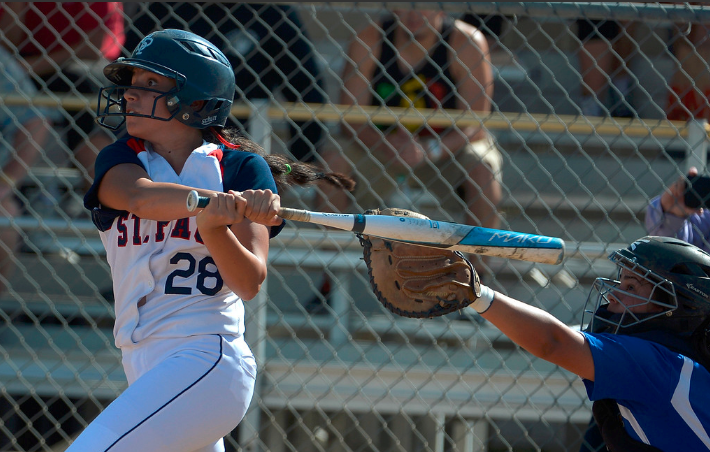