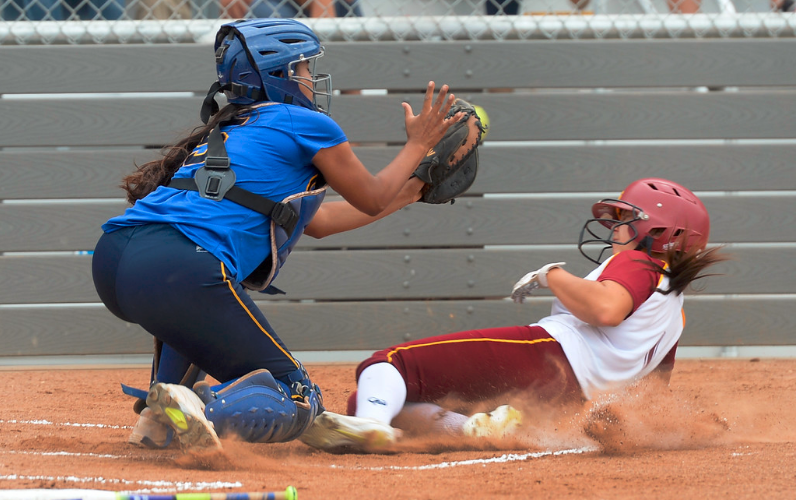 By Stephen Ramirez
WHITTIER >> Traditional-power programs such as the La Serna High School softball team didn’t reach their elite status without the ability to sidestep obstacles.The Lancers proved the point on Thursday.Astrid Arevalo’s two-run single keyed a three-run seventh and reliever Gianna Alvidrez shut down a rally in the bottom of the inning to help La Serna to a 5-4 victory over arch-rival California in a Del Rio League game at Cal High.
Arevalo had two hits and three RBIs and Jasmine Gray had two hits for the Lancers (19-5, 6-0), who lead the league standings by two games. Miranda Rooney and Sarah Duran each had two hits and an RBI for the Condors (17-9, 3-3), who fell into third place with the loss.

“No matter how much we’re losing by, we just want to keep hitting,” Arevalo said. “We want to keep playing defense. We just want to keep fighting.
“We’re just trying to keep our perfect (league) season going and taking the league championship and get to (the CIF Southern Section playoffs). That’s our goal.”
Sweeping their arch-rival is just added pleasure, as is coming from behind.
But Thursday that enjoyment looked bleak with La Serna trailing 4-2 heading into its final at-bat. But the Lancers showed again they are never out of a game.
They loaded the bases on a lead-off walk to Kayla Carrillo, a two-out walk to Skylar Sethman and a single by Gray. Arevalo, who tied the score at 2 with a triple in the sixth, lined a single to right field to score Alvidrez, who reached on a fielder’s choice, and Sethman, with Gray coming home on an errant throw to the plate.
“I was just thinking get on base,” Arevalo said. “Just keep the ball in play. It all came together.”
The Condors didn’t go quietly into the night.
Nautica Rivera led off with a walk. Alvidrez then replaced starter Naomi Dickerson. She gave up consecutive walks to load the bases. But Alvidrez ended it by striking out Marissa Montesdeoca and inducing Rooney to ground out.
“I heard the (Cal crowd) cheering and I just had to tune them out,” Alvidrez said. “I just had to focus on me; focus on my team. I just had to come through and get the win.”
It was all bad for the Condors, who took solace in that they rebounded from a 12-0 loss to La Serna on April 11 to bring them to the brink on Thursday.
“It was great (today) coming together as a team,” said Rooney, who along with Duran had the go-ahead RBIs for the Condors in the sixth. “We kind of just forgot about the first game — no one wants to remember that. Yeah, it was great just coming back as a team.”