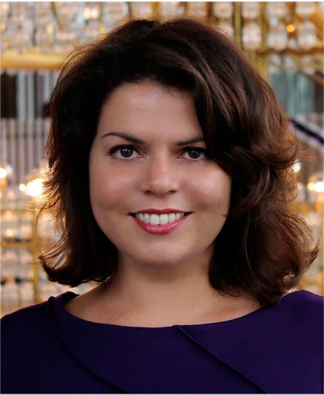 Unger replaces Paul Jan Zdunek, who has been named Chief Capital Development Officer with Singpoli Capital Corp. in Pasadena. For the past several years, Singpoli has sponsored the Pasadena Symphony’s indoor classics series.

Zdunek took over the association in December 2008 in the midst of a major financial crisis that resulted in part from financial losses incurred in the recession. One of his first moves was to hire Unger and together the two have worked with others to steer the PSA back to financial and artistic health.

Among the changes were moving the Pasadena Symphony’s indoor season from the cavernous Pasadena Civic Auditorium into the more intimate Ambassador Auditorium, one of the world’s acoustic gems, in 2010. Two years later the Pops shifted into its summer home, the Los Angeles County Arboretum. The PSO also presents a holiday concert at All Saints Church, Pasadena.

Other changes were messier. Long-time PSO Music Director Jorge Mester left in acrimony and Pops leader Rachael Worby also stepped down. Eventually Zdunek and the association hired Marvin Hamlisch as the Pops’ principal conductors only to have him die suddenly in 2012. Despite the grief from Hamlisch’s death, Zdunek and the board took a gamble by hiring entertainer and historian Michael Feinstein to replace Hamlisch, a toss of the dice that has paid off well both artistically and financially.

In a media release, Lockington said he is “thrilled for Paul and absolutely delighted that Lora will be assuming the role of CEO of the Pasadena Symphony Association.” Lockington pointed out that he has “worked with Lora for over four years. She is visionary, smart and an astute strategist. Her style is a stimulating blend of seriousness and humor which makes for a creative working environment.”

“Given the enormous contributions to our success that Lora has made for us, we’re delighted to elevate her to the position of CEO, following thoughtful deliberation by the Board,” said Kay Kochenderfer, president of the PSA Board of Directors, in the media release. “Over the past five years, we’ve seen a 20 percent increase in Classics Series ticket sales, an astonishing 200% increase in POPS sales, and an 85% subscription retention rate.