For the past quarter century, Michael Feinstein pictured above has become the leading proponent and curator of “The Great American Songbook,” which is not really a book but rather a collection of the most important and influential American popular songs and jazz standards from the early and mid-20th century.

One of the leading lights of that collection was Frank Sinatra, and Feinstein will join with the Pasadena Pops July 30 at the Los Angeles County Arboretum for what he has termed “The Sinatra Project — Volume 2.” It’s a follow-up to last summer’s sold-out concert of music by the crooner affectionately known as “Ol’ Blue Eyes.”

As was the case last summer, Feinstein will spend the evening singing and talking about Sinatra and his music. It will be an intimate evening as Feinstein’s first-hand knowledge gives him a unique slant on Sinatra. “I have a very different perspective about his musical taste,” explains Feinstein. “Among other things he loved classical music so I’m very careful in combining swing arrangements with great orchestrations of the ballads. Some are vintage charts that have not been heard publicly in many years or ever.”

One of those rarely heard numbers will be Sinatra’s original arrangement of Three Coins in the Fountain, which was cut in half for the 1954 motion picture. “Finding things like that is what makes an evening like this exciting for me,” says Feinstein. Other numbers will include Pennies from Heaven and Young at Heart. Resident Conductor Larry Blank will lead the Pops in this concert. 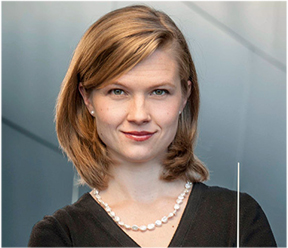 In the midst of Gustavo Dudamel’s last weeks at Hollywood Bowl for this summer comes a concert that, for classical music aficionados, is a must-see event as Mirga Gražinytė-Tyla (pictured left), one of the sharply rising stars in the musical firmament, conducts her only Bowl concert this summer this coming Tuesday.

A 29-year-old Lithuania native, Gražinytė-Tyla (because her last name is a tongue-twister to pronounce virtually everyone simply calls her “Mirga”) will become the Los Angeles Philharmonic’s Associate Conductor this fall. More importantly she has been named Music Director of the City of Birmingham Symphony Orchestra, the latest in a long line of youthful conductors to lead that esteemed English ensemble who are now among the world’s conducting elite (e.g., Sir Simon Rattle, Andris Nelsons).

At the Bowl Gražinytė-Tyla will lead the L.A. Phil in works by Beethoven and Ravel. Pianist Jean-Yeves Thibaudet and the Los Angeles Master Chorale will join the Phil and six vocal soloists in Beethoven’s Choral Fantasy.” The evening will open with Beethoven’s Leonore Overture No. 3 and will conclude with Ravel’s Mother Goose Suite and the second suite from Daphnis and Chloe.

Gražinytė-Tyla’s rise with the LAPO has been meteoric. She was a Dudamel Fellow with the orchestra in the 2012-13 season and became the ensemble’s Assistant Conductor in 2014, before being promoted to Associate Conductor for the 2016-17 season.