In an unusual twist, Camerata Pacifica has announced not just its next season but its next two seasons. Each schedule will feature 10 programs focusing on Beethoven’s music. The Calder Quartet will perform Beethoven’s late string quartets and his Grosse Fuge.

The media release with program details is posted below.

AND A COLLABORATION WITH

Subscriptions on sale now at www.cameratapacifica.org

(Tuesday, February 27, Santa Barbara, CA) – Camerata Pacifica today announced the ensemble’s 2018–2019 and 2019–2020 seasons which, in collaboration with The Calder Quartet, will explore the three creative periods of Ludwig van Beethoven.

Integrated into 20 programs presented over the course of two seasons, The Calder Quartet has been invited to perform Beethoven’s five late string quartets and the composer’s Grosse Fuge. Overall, 23 of Beethoven’s compositions will be performed alongside late works by the composer’s contemporaries such as Bach, Haydn, Mozart, Brahms & Schubert, as well as modern-day composers John Adams, Lera Auerbach, Aaron Copland, Anna Clyne, George Crumb, John Harbison, Charles Ives, Thea Musgrave and more, for a broad and comparative look at the interplay of past and present, with respect to Beethoven’s early, middle and late periods.

“Beethoven’s name is so familiar to everyone, even to those who will never attend a concert, that his music has lost much of its radical impact. We’re going to hit the ‘reset’ button, and over course of 20 programs examine the impact of this revolutionary freethinker from the beginning of his compositional career to music being composed today,” says Adrian Spence, Founder and Artistic Director, Camerata Pacifica.

Highlights of the 2019–2020 season include a program of Beethoven’s String Quartet in A Minor, Op. 132 and Schubert’s final Piano Sonata in B-flat Major, D. 960 with Gilles Vonsattel and The Calder Quartet (October 3 – 8, 2019); and a monumental program of J. S. Bach’s late works in its entirety; The Musical Offering BWV 1079 paired with Beethoven’s Op. 131 String Quartet in C# Minor.

The seasons would not be complete without the inclusion of works that give a nod to Spence’s Irish homeland. Sir Charles Villiers Stanford’s Three Intermezzi for Clarinet & Piano, Op. 13 opens the program on November 1 – 7, 2018; Sir Hamilton Harty’s Three Miniatures for Oboe & Piano is included on a program that will also feature Spence playing John Corigliano’s Three Irish Folk Song Settings on April 19 – 24, 2020; and Beethoven’s WoO Irish Song Settings will be performed May 12 – 17, 2019. (Beethoven arranged more traditional airs from Ireland than from any other country.)

Camerata Pacifica’s celebrated chamber musicians are drawn from across the globe – from Taiwan and Korea, to England and Spain and, of course, the U.S. – for an extended rehearsal residency in Santa Barbara before performing subscription series in Ventura, San Marino, Santa Barbara & downtown Los Angeles.

Founded in 1990, Camerata Pacifica is dedicated to engaging audiences intellectually and emotionally by presenting the finest performances of familiar and lesser-known masterworks in venues that emphasize intimacy and a personal connection with the music and musicians. For more information, call 805-884-8410 or visit www.cameratapacifica.org. 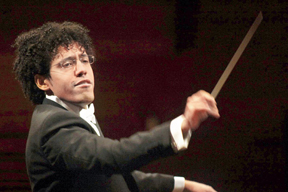 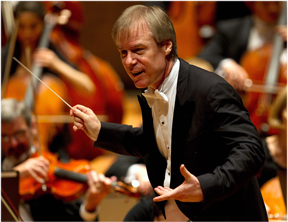 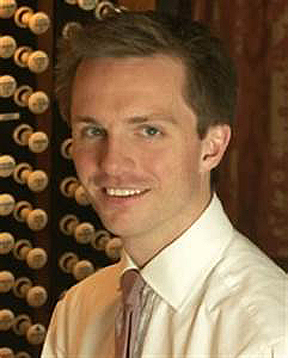 My final “Class Act” column for 2017 has been posted online HERE.

For decades, Alex Ross has been one of the nation’s most important and literate music critics. This column about the Street Symphony in downtown L.A.’s Skid Row and, in particular, Vijay Gupta — the L.A. Phil’s extraordinary violinist and outreach advocate — shows what I mean. LINK