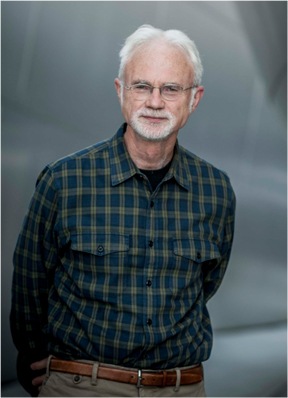 During this season the L.A. Phil will reprise two of Adams’ most important pieces, including El Niño and Nixon in China (but not two I would have expected to show up on the list: City Noir and Harmonielehre — perhaps early next season).

Although there are folks who contend that you don’t need lots of information about a “new” work to enjoy it —Absolute Jest was originally composed for the San Francisco Symphony’s centennial season in 2012 and revised with 400 new bars of new opening music for a performance by the New World Symphony later that year — Adams came onstage to talk about his inspiration for the piece.

He enlisted the support of the St. Lawrence String Quartet, for whom the piece had been written, which played portions of Beethoven String Quartet in C# Minor, Op. 131 and the F Major, Op. 135 as examples of themes that Adams employed in his work. That, along with a particularly well delivered preconcert lecture by Russell Steinberg, offered excellent insight into what is undeniably an Adams creation, particularly in its rousing finale (which ended abruptly and magically with single notes from a harp and piano (both tuned slightly off pitch).

The quartet, which was seated in front of the orchestra and to the right of Music and Artistic Director Gustavo Dudamel, proved to be formidable as it weaved its solo lines into the orchestral fabric. For their part, Dudamel confidently the piece confidently, as if he had lived with it for years, and the orchestra played with its customary excellence, as if this was just another Beethoven work.

Absolute Jest definitely piece worth hearing again and you can do that either tomorrow afternoon at 2 p.m. in Disney Hall (INFO) or online at KUSC.org, which broadcast last night’s concert live and will have it online for the next week. 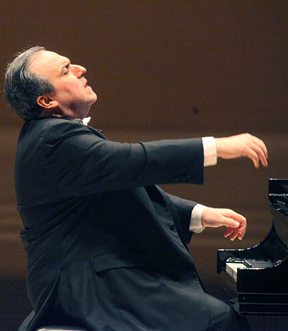 Perhaps not surprisingly, Dudamel elected to surround Adams’ piece with two Beethoven works. He and the orchestra opened with a magisterial rendition of the Corolian Overture and concluded with the Piano Concerto No. 4 in G Major, with Yefim Bronfman (pictured left) as soloist.

Last summer we heard an elegant rendition of this familiar work by Swiss pianist Francesco Piemontesi (my review is HERE). Last night, Bronfman was equally mesmerizing in his performance, pairing a majestic opening movement and playful conclusion with a magical second movement that was absolutely exquisite, particularly in contrast to the powerful chords erupting from the orchestra.

Dudamel and the orchestra played with a passion and precision not always apparent when accompanying a soloist. Dudamel, in particular, was intensely involved although, paradoxically, that often translated into minimalist motions on the podium. It was a superb ending to a impressive opening concert, auguring well for the next eight months.

HEMIDEMISEMIQUAVERS:
• Steinberg’s preconcert lecture was one of the best I have heard. He offered several insightful windows, particularly for Absolute Jest and the fourth concerto, which were helpful not only for the occasional attender but also for those who are Phil regulars. Steinberg, who is a composer and conducts the Los Angeles Youth Orchestra — is offering a series of eight lectures from January through March in Encino on the music of Shostakovich and Prokofiev. INFO: www.russelsteinberg.com
• Although the official unveiling isn’t until today, patrons entering Disney Hall from the parking garage got “sneak-preview” look at Nimbus, a series of cloud-like structures hanging from the ceiling accompanied by music played by the Phil’s musicians. Details are HERE.
• In addition to officially unveiling Nimbus, Saturday will be an 12-hour (noon to midnight) celebration of contemporary music, including the opening program in the Phil’s “Green Umbrella” series. INFO
• While Dudamel is in New York City leading his Simón Bolivár Symphony Orchestra of Venezuela in three concerts at Carnegie Hall (INFO), Pablo Heras-Casado will be on the Disney Hall podium Oct. 7, 8 and 9 leading the Phil in Stravinsky’s complete Firebird and Ravel’s Piano Concerto in G, with Pierre-Laurent Aimard as soloist.

Oct. 7 is the season’s first “Casual Friday” concert. The Saturday and Sunday programs also include Ravel’s Alborada del gracioso (Morning Song of the Jester), although if the Friday program started closer to on time, it could include the second Ravel work, which lasts all of eight minutes. INFO
_______________________