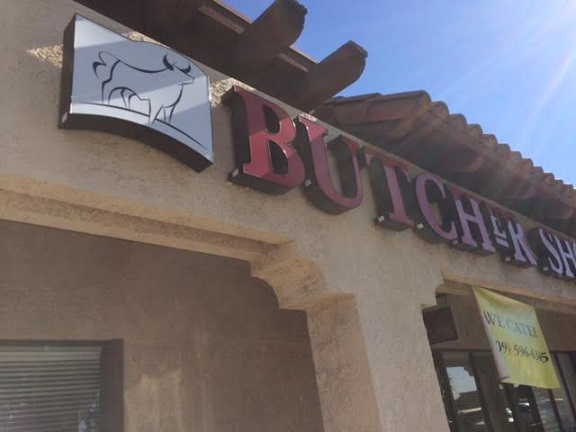 It was January 2008 that a standalone butcher opened in a shopping center in La Verne, and while brothers John and Will Feuling’s business may have seemed a bold and even risky proposition to some of us, Corner Butcher Shop has thrived despite opening amid the recession.

I don’t cook, as must be sadly obvious from these weekly posts, but besides selling meat to take home to grill, fry or broil, they serve food in-house: sandwiches, steak and barbecue. Over the years I’ve had hot dogs and burgers, and at one point, after they added barbecue, I had ribs that in my memory were okay but nothing special.

I returned recently for lunch and learned they’d just celebrated eight years in business, and good for them. I eyed the menu and got the brisket as a plate, with two sides and a piece of cornbread ($13), plus a bottled soda, then took a seat at one of the heavy oak communal tables. 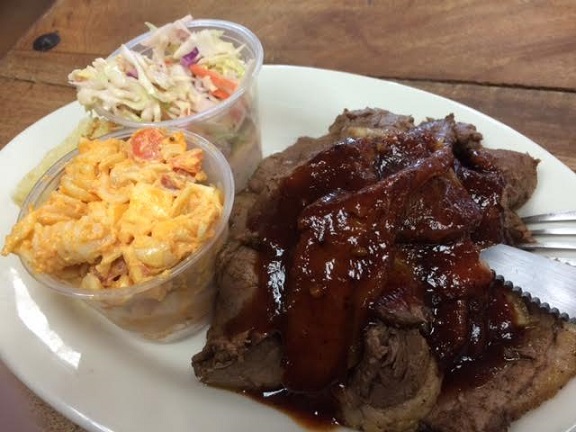 Corner Butcher sells grass-fed beef, makes its own sausages, buys only hormone- and additive-free meat and sells Shelton’s turkeys, so they set a high standard for themselves. They also sell craft beer (Dale Brothers, Claremont Craft Ales) and wine, and they cater. Sandwiches and entrees range from $6 to $18. The steak dinners are $40, and while I probably won’t be spending that kind of money anytime soon, it wouldn’t surprise me to learn they’re worth every penny. 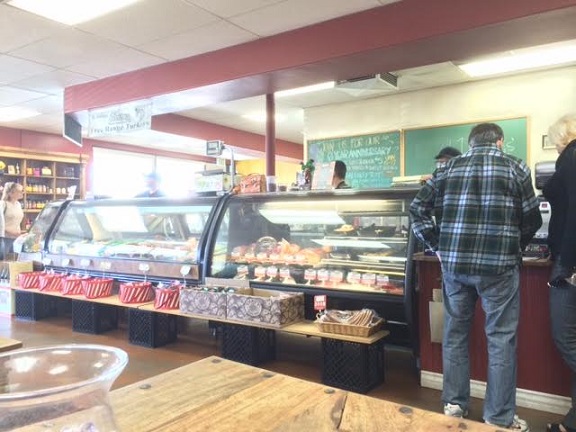