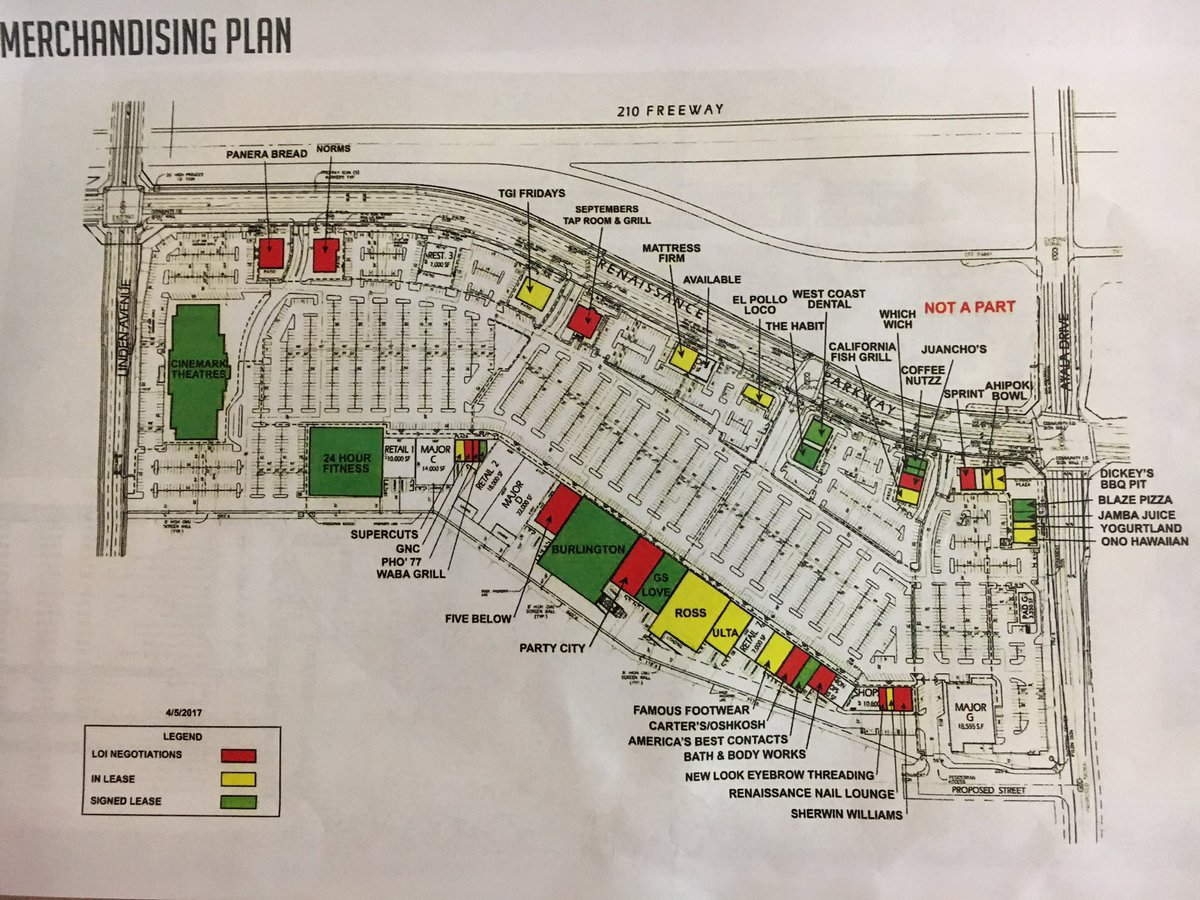 From our friend David Phillips (aka Mr. Inland Empire), we learned that Cracker Barrel, Septembers and Coffee Nutzz (among others) were in the works. 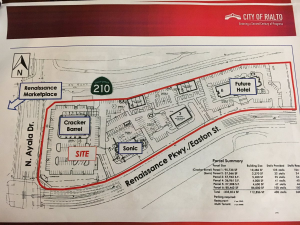 And now, probably the most complete list of planned eateries has arrived, courtesy of our friends Amanda and Richard over at Fantasyland Foodies.

Here’s the list of eateries that a pair of maps indicates will open at or near the center:

In addition, the following eateries have also been mentioned in connection with the project:

Plus, folks from Miguel’s Jr. indicated they were also going to be part of the project. There’s also a spot that looks suspiciously like a McDonald’s.

The developer’s website for the center confirms many of the names.

At this point, it seems most of the retailers and restaurants are expected to open in spring of next year, but a 7-Eleven and the Starbucks — both in the northern portion of the project — might open before the end of this year.

Update: The center has officially announced the addition of Miguel’s Jr. and Chick-fil-A, and have released a construction update video.