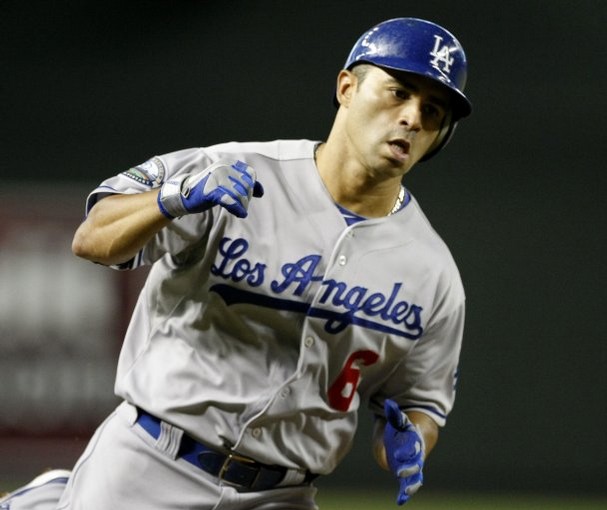 Some bullet points for a World Vegetarian Day:

• Colleague Vincent Bonsignore explores how Don Mattingly plans to manage the Dodgers in the playoffs.

• Former Dodgers first baseman James Loney took part in an interesting, important play last night in the Tampa Bay Rays’ 5-2 elimination-game win over the Texas Rangers. Loney helped pitcher David Price pick Elvis Andrus off first base early in the game through a bit of crafty defense — or was it obstruction? Peter Gammons breaks down both arguments on his blog. Count me in the camp who believes that Andrus still had a path back to first base — a longer path, which makes it good defense on Loney’s part.

• If Andre Ethier hits an important pinch hit home run in the playoffs and people start comparing it to Kirk Gibson, just remember: This guy called it first.

• Fans of non-playoff teams have turned to a flow chart to determine their rooting interest in the playoffs. Fans of the bunt apparently should root for the Cincinnati Reds.

• Those who aren’t fans of flow charts are probably reading this and rooting for the Pittsburgh Pirates.

• For no good reason, other than that drama is what the playoffs are all about, “Drama” by Stack Bundles: