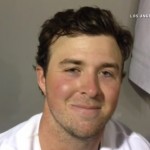 Major League Baseball, in conjunction with the Major League Baseball Scouting Bureau, MLB.com,Baseball America and the 30 Major League Clubs, selected the 25 players currently on each team.  Each Major League organization is represented and players from all full-season Minor Leagues were eligible to participate.  Complete Futures Game rosters, prospect analysis and rankings can be found at MLB.com/pipeline.

The World Team features players from seven different countries and territories outside the 50 United States.  The Dominican Republic is represented by 13 players, followed by Venezuela (5) and Puerto Rico (3).  Curacao, Germany, Nicaragua and Taiwan are each represented by one player on the World Team.