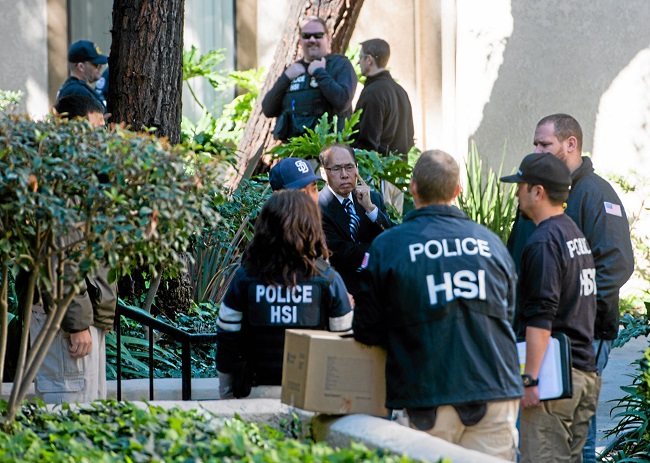 Federal agents searched several Southern California locations on Tuesday in a crackdown on so-called maternity tourism operators who arrange for pregnant Chinese women to give birth in the U.S., where their babies automatically become American citizens.

The crackdown on three alleged maternity tourism rings may be the biggest yet by federal homeland security agents who say that, while pregnant women may travel to the United States, they cannot lie about the purpose of their trip when applying for a visa.

Birth tourism has been reported from a range of countries, but authorities say the most recent cases in California have catered to wealthy Chinese amid a boom in tourism from mainland China. It is unclear how many women travel to the United States for maternity tourism.

Some brought out boxes of papers and other evidence and locked them in black, unmarked vans. Others, mostly women, stood inside doorways of the apartments talking on their cell phones.

Asian women investigators were seen interviewing women in the complex. Some who apparently lived there were chaperoned by law enforcement from the carport up the winding pathways, disappearing into apartments.