Today, U.S. Rep. Ed Royce, Chairman of the House Foreign Affairs Committee, issued this statement following the purported killing of American journalist Steven Sotloff: “I am disgusted by what appears to be another horrendous killing of an American journalist at the hands of ISIS.  My thoughts and prayers are with Steven Sotloff’s family.  Sadly, ISIS is bringing this barbarity across the region – beheading and crucifying those who don’t share their dark ideology.  The threat from this group seems to grow by the day.  Working with key allies, the United States needs to be acting urgently to arm the Kurds on the ground who are fighting them, and targeting ISIS from the air with drone strikes.”

New Rotary International President Gary Huang promises to “light up” the worldwide service club. Only a month into his term, Huang lit up the banquet room of the Diamond Bar Golf Course on Friday.

The Rotary Club of Walnut Valley hosted the reception for the new president from Taiwan. Huang noted he was the first Chinese president in the Rotary’s 109 year history.

The service club is one of the oldest and largest organizations in the world, with more than 1.2 million members. Rotary International has led the way on important global issues like polio.

“With the help of the United States government, Rotary International has reduced polio by 90 percent,” Huang said. “And with their continued support, we will eradicate this disease.”

The club has saved millions of children since its first project to vaccinate children in the Philippines in 1979. In fact, Rotarians have helped immunize more than 2 billion children against polio in 122 countries. Now it wants to eradicate the disease forever.

“The people we are helping are my grandchildren and your children all over the world,” Huang explained. “Because we decided we are going to keep them safe.”

Working with the World Health Organization, Rotary International hopes to announce a polio free world by the end of 2018. Huang pointed out there were more than 450,000 cases of polio in 125 countries only 30 years ago. But now only three countries reported less than 400 cases this year.

“We are this close to ending polio,” Huang said, “and many of you have contribute to this incredible job.”

The new Rotary president lauded people like Rep. Ed Royce (R-Rowland Heights) for being a champion in the fight against polio. Royce later received an award for his hard work from Huang.

At the upcoming Rotary International reception, he will talk about the vision for the 2014-2015 Rotary year.  He will also share his values, business experiences and life as Rotarian. U.S. Representative Ed Royce, a long-time friend, will be the event’s guest speaker.

As head of Rotary International, Mr. Huang has dedicated his efforts to developing membership throughout Asia by setting a recruitment goal of 100 new donor-foundations in Taiwan to help celebrate Rotary’s centennial. His accomplishments added more than $2 million to the foundation’s annual fund. 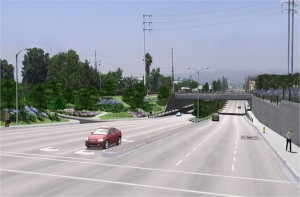 The smiling congressman was warmly greeted by city officials and local residents in his new office in the Diamond Plaza. The second floor office overlooks the busy Pomona Freeway.

“If you have any problems in any way with the federal government, we’re here to help you with those challenges,” Royce told the group.

The 11-term congressman had spent the day reaching out to the community. Earlier, he had talked to the Rotary Club, before speaking to a civics class at Los Altos High School in Hacienda Heights.

“If you have any problems in any way with the federal government, we’re here to help you with those challenges,” Royce told the group. “It’s fantastic to offer services to six new cities in my district.”

The office address is 1380 S. Fullerton Road, Suite 205. Royce also opened a new office in Brea. “This will be a big benefit to the community,” said Lynne Ebenkamp.