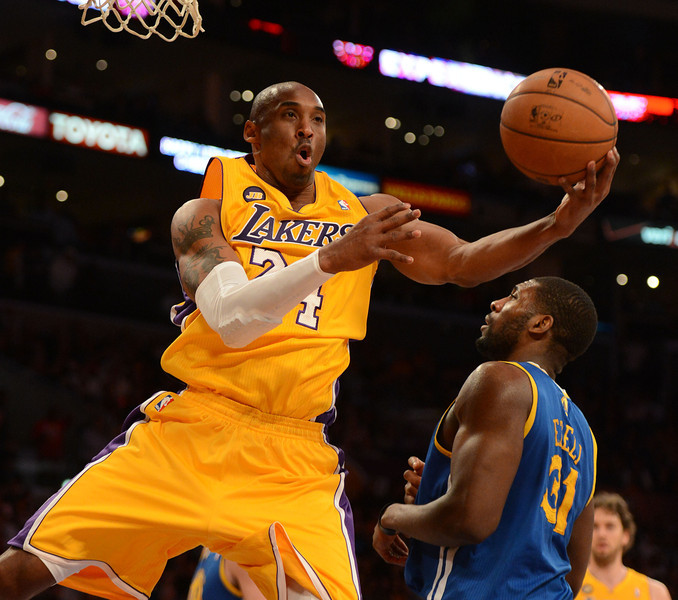 Forget worrying about the Lakers’ diminished championship prospects, or whether they can attract top-level free agents next offseason. The Lakers’ most intriguing question entering this season involves none other than Kobe Bryant.

After rehabbing his surgically repaired left Achilles tendon for the past five months, Bryant expressed his sharpest level of optimism that he will return for the Lakers’ season opener Oct. 29 against the Clippers at Staples Center.

“Now it’s about cutting the recovery time, I should be OK [for the start of the season],” Bryant said in an interview with The National, a website in Dubai.

Bryant’s currently over there as part of his Health & Fitness Weekend aimed to address diabetic issues. Although he plans to return to Los Angeles for when Lakers begin training camp on Saturday, Bryant won’t participate in at least the early portions of it.

It remains to be seen whether Bryant will play in any of the eight exhibition games through Oct. 25, let alone the Lakers’ season opener. The Lakers have also stressed patience for Bryant’s recovery. But given Bryant’s competitiveness and pain threshold, it should hardly be surprising if he returns in time for the beginning of the season.

“Its’ going well. It’s going really really good,” Bryant said in an interview with a Yahoo! affiliate in Dubai. “I’m feeling strong and doing a little bit of jogging. That’s a really good sign. They should know in this season when I come back that I’ll be ready.”