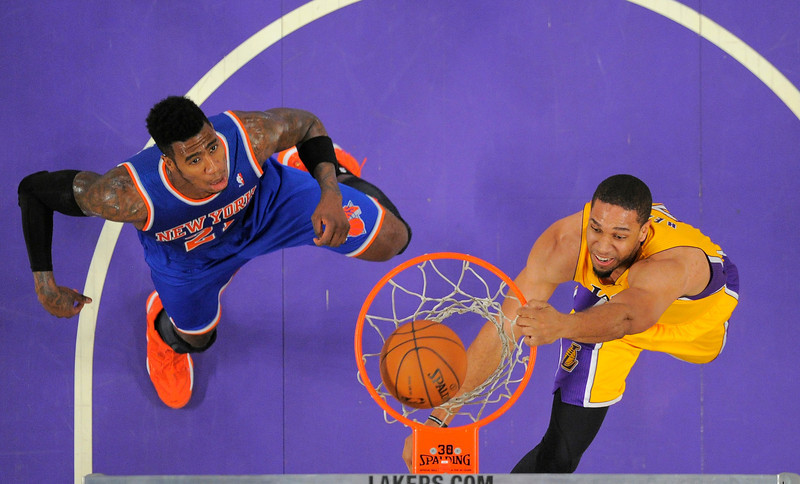 MINNEAPOLIS — Xavier Henry will sit out when the Lakers (24-27) play the Minnesota Timberwolves (35-35) tonight at Target CEnter after experiencing more soreness in the bone bruise in his right knee.

He had stayed sidelined for 29 games this season partly because of an abnormal meniscus tear in his right knee, but Henry managed to produce three double-digit outings in his past four appearances. Henry also has played in the past two games nursing a torn ligament in his left wrist, an injury that will require offseason surgery. But Henry sat out the fourth quarter of the Lakers’ 108-105 loss Thursday in Milwaukee after Lakers coach Mike D’Antoni sensed him hobbling more than normal.

“I thought he was laboring a little bit,” D’Antoni said. “It’s tough to know. He’s limping everywhere and is banged up. But he really wants to play.”

The Lakers also will feature Kent Bazemore over Wesley Johnson at small forward. Bazemore has become a more balanced scorer and passer in the past three games, averaging 11.6 points and five assists. Johnson has averaged four points on 33 percent shooting in the previous three contests and has frustrated the team’s coaching staff all season with inconsistent focus. Meanwhile, Lakers guard Steve Nash participated in pre-game warmups in hopes to play. He has missed the past three games because of persisting nerve irritation in his back, an injury that has kept him out in all but 11 games this season.

Loss to Bucks just another low in Lakers’ season of lows