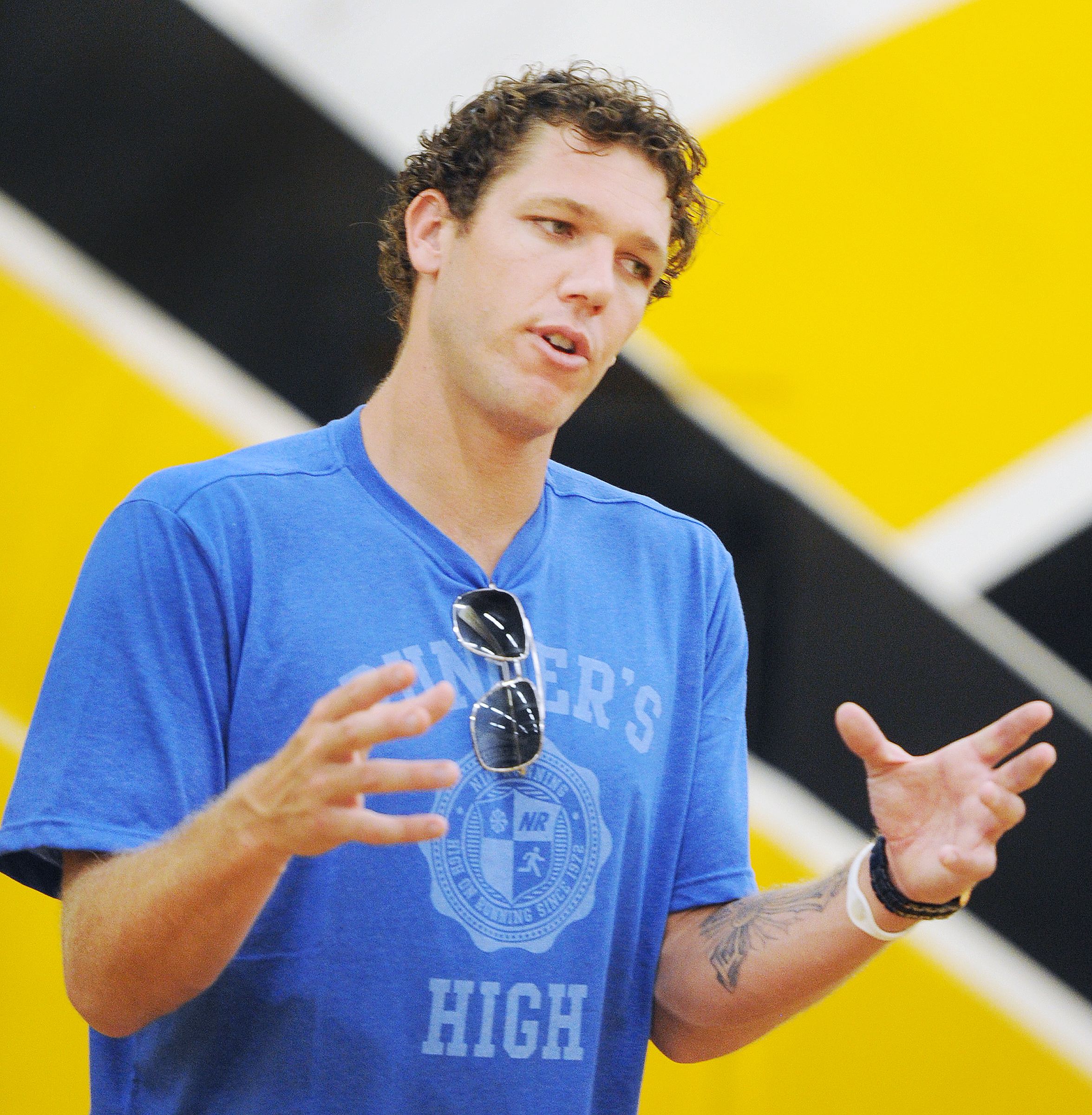 Los Angeles Laker Luke Walton visited Don Bosco Technical Institutes Marco Nunez Basketball Camp that ends today, Thursday, July 28, 2011. Walton gave an inspiring discussing on basketball, education and motivated players in the basketball camp to strive to achieve their best and gave examples from his youth and how he has achieve his success.(SGVNStaff Photo by Walt Mancini/SXCity)

Below is a recent conversation with former Lakers forward Luke Walton about his memories of the Lakers’ rebuilding season nearly a decade ago. Walton, who played for the Lakers from 2003 to 2012, currently serves as an analyst for Time Warner Cable SportsNet.

What similarities/differences do you see between the Lakers’ rebuilding last decade to the current one?

Walton: It’s similar. After Shaq traded and Phil [Jackson] left, Karl Malone retired and [Derek Fisher] left and stuff like that, we were kind of starting over from scratch again. With the Shaq trade, though, the difference is we had more established already. We got Lamar Odom, Caron Butler and Kobe [Bryant] was obviously younger. We were working in the same way. This team struggled and is looking for a new coach. There’s definitely similarities and the difference right now is they have three players under contract next year. They have a lot more work to do this time around than when Shaq got traded.

Can you take me through what the experience was like to go from losing in the NBA Finals to Detroit in 2004, there being so much change on the team and then having a missed playoff appearance the next season?

Walton: It was definitely a great learning experience. This was the first time in my career I had ever been a part of a losing team coming from college and high school and then my rookie year going to the Finals. When you’re in high school and college, you’re normally always with the same coach and always with the same players. It was a crash course in the business side of professional sports and how quickly things can change. It was frustrating and hard. But you always learn a lot more from losing than when everything is going great, you’re winning and things seem easy.


What did you learn?

What did the team make of Kobe demanding a trade during the 2007 offseason?

Walton: It was easier because I had already gone through something similar after the 2004 Finals. I had seen that business side of professional sports after my rookie year. You grow up quickly when you see that happen. You grow up after you see your teammates gone and other coaches are gone. You learn to realize that’s the way it is in professional sports. At the time, Kobe felt that’s what he needed to do. But as players we were still responsible to do our jobs and that was to try to prepare for the season and get ready to play. We did that with the thought we were going to have Kobe with us. As teammates, we obviously wanted him there. We didn’t have any locker room issues. He was still our guy and wanted the best for him. What he thought the best for him at the time was to go somewhere else. But it ended up working out great. When he came back, there were no hard feelings. He picked us up and was still our leader. We followed his way.

Do you sense him having similar frustrations this season in regards to the losing, his injuries and how the Lakers are going to rebuild?

Walton: He’s just as competitive today as he was back then. He’s probably doing everything he can to prepare himself to stay healthy and give his all on this upcoming season. I know winning is everything to him when he’s out there. He’s probably anxious about the future and about if Pau [Gasol] will be resigned, the draft picks, the free agents and all that. He’s probably chomping at the bit to get back out there where he hasn’t been able to play for so long. It’s probably been tough on him.”