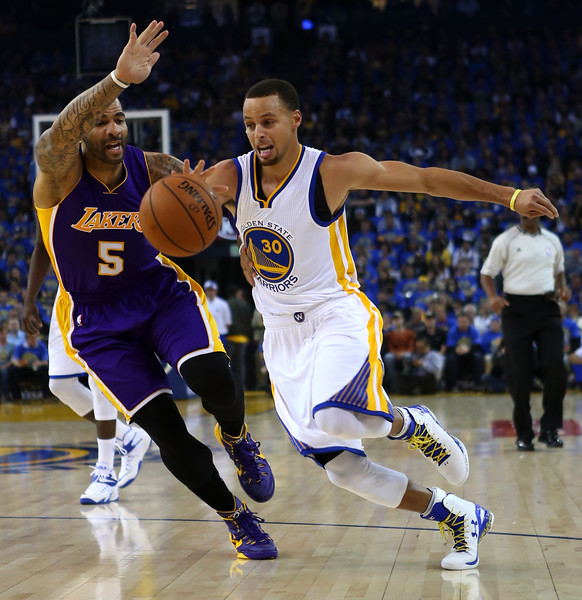 The Lakers represented a new beginning for Carlos Boozer where he believed he could reestablish his All-Star credentials. But as the Lakers opened the 2014-15 season losing their first four consecutive games for the first time in 57 years, Boozer has become the poster child for the Lakers’ league-worst defense.

Incidentally, Boozer’s defensive miscues marked a primary reason why he sat out for most fourth quarters last season in Chicago in favor of an emerging Taj Gibson. The Bulls then waived the 12-year NBA veteran through the amnesty clause. The Lakers then submitted a $3.2 million bid to acquire Boozer, which will offset the $16.8 million Chicago owes him in his fifth season of his contract.

Instead, Scott devoted most of Monday’s practice going over defensive concepts, including a specific message to Boozer and Jordan Hill on how to defend pick-and-rolls.

“I told our bigs they have to do better job of being up,” Scott said. “When they’re back, which to me is a soft defense, guards are turning a corner and have a chance to attack our bigs. Bigs have to do a better job of anticipating being up there, being able to show and helping the guards out a little bit. If we do that, then we put ourselves in a better position defensively.”

“In the West, the guards are great every night,” Boozer said. “The bigs have to be there to help them.”

But Boozer’s struggles go beyond defense. He has mostly remained a non-factor and even committed eight turnovers Wednesday against Phoenix.