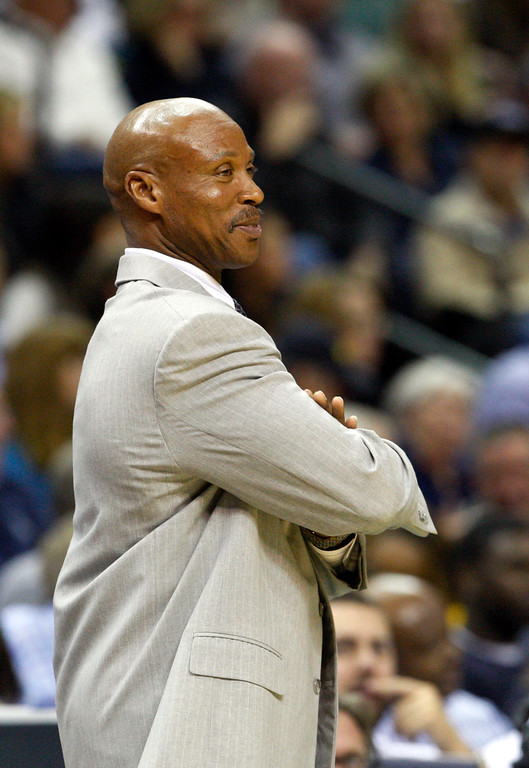 “We needed to make a bunch of changes,” Scott said. “We need to get some guys in here to play the type of style that I wanted to play and that were dedicated to winning.”

It did not take long for Scott to receive his wish. The Nets traded star guard Stephon Marbury to the Phoenix Suns for another star guard Jason Kidd in the 2001 offseason, a deal that excited Scott so much that he recalled joking to former president Rod Thorn that he would drive to Phoenix just to pick Kidd up.

Scott recently characterized his relationship with Kidd as “cordial” and described his reputation with an expletive amid his suspicion that he influenced Scott’s firing during the 2003-04 season. But Kidd’s presence, coupled with Kenyon Martin, Kerry Kittles and three first-round draft picks accelerated the Nets’ rebuilding process. They went from 26-56 in the season 2000-01 to a 52-30 record the following year. The Nets also made two consecutive NBA Finals appearances.

The Lakers (19-52) enter Sunday’s game against the Brooklyn Nets (31-40) at Barclays Center only three losses away from tying last year’s worst record in L.A. franchise history.

“The turnaround can be just as quickly here as it was in New Jersey,” Scott said. “But obviously you have to hit a home run in the free agent market and with your draft pick. We have the capability of doing that.”

The Lakers could have as many as four draft picks, both in the first and second round. The Lakers will also have enough cap space to sign one marquee free agent at a max-level contract, possible candidates including Memphis’ Marc Gasol, Portland’s LaMarcus Aldridge, Cleveland’s Kevin Love, Miami’s Goran Dragic and Dallas’ Rajon Rondo.

But the Lakers will owe a first-round pick to Philadelphia as part of the Steve Nash trade with Phoenix unless it lands in the top five. The Lakers could not sign LeBron James or Carmelo Anthony last summer. Both Dwight Howard and Pau Gasol also left in consecutive offseasons without the Lakers receiving anything in return.

But Scott called those developments the “past” and exuded optimism beyond the Lakers’ usual talking points about their 16 NBA championships.

“You have a lot of free agents out there who would love to play for us. They’ve been making it pretty clear,” Scott said. “You have guys during the games come by the bench saying, ‘Hey Coach, I would love to be in L.A. next year.’ That makes you feel good there are players out there that want to be here. I think a lot of it has to do with the fact that we’re taking it in a different direction. They know this organization and the history of the organization is going to be back.”

Scott would not name any candidates because of tampering rules. Nor would Scott disclose how many potential free agents expressed those sentiments to him during games. But the direct and indirect feedback from those players prompted Scott to express confidence.

“I’m a very positive person,” Scott said. “I think we’re going to have a real good summer. That’s just me. I always look at the glass half full over half empty with being in L,A. and the history of this organization and the tradition that we have. We have a lot of things going for us. I think we’re going to do well this summer.”

Scott also described the Lakers’ draft acquisition last season with Jordan Clarkson as a “home run.’ He also predicted Lakers forward Julius Randle is “going to be a great player” after playing only one game his rookie season before suffering a season-ending right leg injury.

Add it all up, and Scott said, “I don’t think we have to make as many changes as we did in Jersey.” Yet, he understood the uncertainty with what the Lakers face.

“Obviously the one or two big free agents you can get, you’ll have to sprinkle in some other guys that fill the roster that help you win as well. If you can hit a couple of doubles, that wouldn’t hurt,” Scott said. “But if we can hit a couple of home runs in free agency and the draft, we’ll be on our way again.”